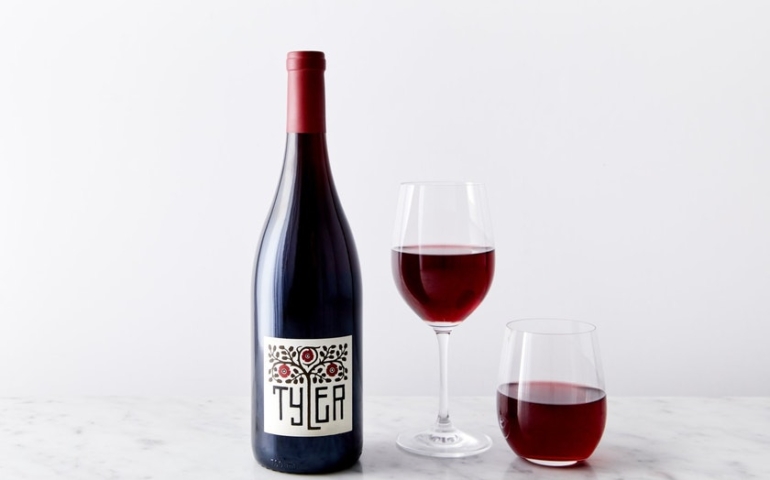 The Pinot Noirs of California’s Santa Barbara County may have gotten their biggest boost back in 2004 when they starred, along with actors Paul Giamatti and Thomas Haden Church, in “Sideways,” the now-classic wine road trip comedy-romance that also dealt a near knockout punch to Merlot.

Not long after the film came out, I embarked on my own road trip to Santa Barbara, where I discovered for myself what all the hype was all about — not only the Pinot Noirs but the area’s Syrahs, while meeting some of the region’s wine stars along the way.

Among them was Jim Clendenen, whose Au Bon Climat winery was (and is) making Pinot Noirs, Chardonnays, and other wines of distinction using grapes from its own vineyard, and others from various Santa Barbara subregions — including the Santa Maria Valley and the Sta. Rita Hills. The emphasis had been on Chardonnay, but after “Sideways,” Pinot Noir gained equal footing.

I was reminded of all this the other day, as I tasted Au Bon Climat’s 2018 Santa Barbara County Pinot Noir, which might be considered the winery’s introductory Pinot at $24. With its relatively lean style and light color, this is cool-climate Pinot, more Burgundian than northern Californian, and I appreciated that its alcohol is a moderate 13.5 percent, as opposed to some form California that approach 15 percent.

It’s quintessential Santa Barbara Pinot Noir, with lots of red fruit on the nose and palate — pomegranate, cranberry, and raspberry — with blueberry, baking spices, and earth in the mix as well. A good deal of oak comes through at this point but should recede as the wine develops in the bottle. You can enjoy it now or put it away for a couple of years or so.

Au Bon Climat’s Santa Barbara County Pinot Noir will pair well with a variety of meat dishes. It held up nicely when chilled and served with grilled boneless chicken breasts marinated in a spicy yogurt-chimichurri sauce; the tastes of the wine came through despite the chicken’s fairly aggressive flavoring.

All in all, it’s an excellent value, a perfect introduction to the Pinot Noirs of Santa Barbara — and a way to get a taste of what Miles in “Sideways” became so crazed about.