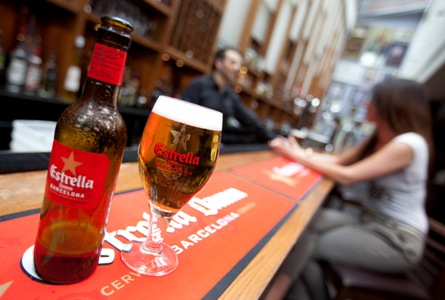 Brewers in Spain have warned that the country’s beer industry will suffer if the UK leaves the European Union without a deal.

Cerveceros de Espana, Spain’s beer industry body, has said that an economic slowdown and no-deal Brexit would have a “big impact” on sales.

A report on nationwide beer sales published by Cerveceros de Espana has found that, although consumption has rebounded in the last year after falling by 20% during the economic crisis between 2007 and 2012, a recent global economic slowdown could threaten the country’s brewery businesses.

Brexit could also have a major impact on sales, as the number of tourists visiting Spain from the UK has already started to decline, and could further in the event of a no-deal, reports El País.

“It’s a little early to say, but we have felt the effects of the economic slowdown and then there is concrete data, such as the drop in British tourism,” said Jacobo Olalla, managing director of Spain’s beer producer association Cerveceros de España,

The UK is the third biggest importer of Spanish beer – consuming 467,132 hectoliters in 2018 out of a total of 2.97 million – and is also Spain’s principal source of foreign tourists.

In June, 2.1 million UK tourists came to Spain, 5.3% down on the previous year, according to the report.

Olalla said that Brexit “could have consequences for the pound [which hit its lowest exchange rate since 2017 at the end of July] and for tourism.

According to the Guardian, analysts at Royal Bank of Canada are now warning that the likelihood of a no-deal Brexit has risen to 44%, based on today’s market moves, its highest point yet.

“A hard Brexit, which will probably limit freedom of movement, could send them [Brits] home,” Olalla said, adding that Brexit is “not good news for anyone.”

UK industry body The Society of Independent Brewers (SIBA) joined forces with eight other beer regulatory bodies across the EU last year to form the Independent Brewers of Europe (IBE) in a bid to promote small producers over firms like Heineken and AB InBev.