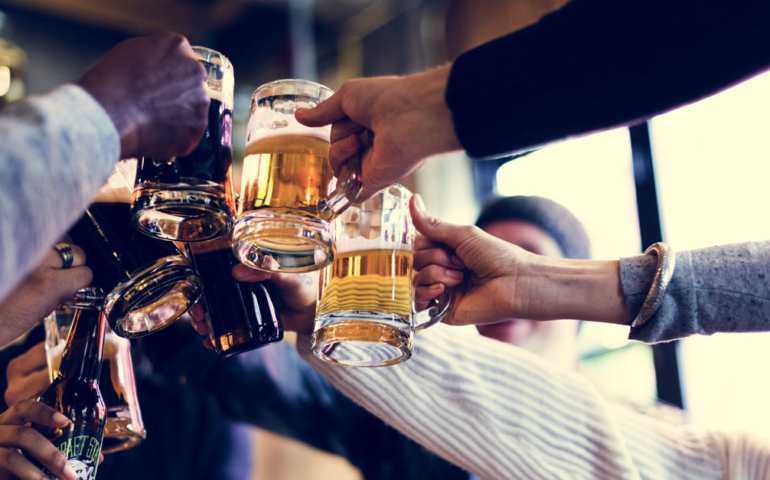 I admire Dr. Jackson-Beckham’s work wholeheartedly. Her lectures, essays, and even some tweets have been inspirations to me. Her efforts to build a more accepting and productive beer industry are admirable and essential. We are lucky to have her in the industry.

But I’m sick of the “white dudes with beards” narrative and how it is used. It casts bearded white guys as the industry’s leading men, and, as such, puts everyone else in supporting-actor roles. It’s overplayed and insulting.

But here’s the thing: A lot of us aren’t that guy.

More women are involved in the beer industry than ever before. I’ll be seeing hundreds of them at the Pink Boots Conference in Austin this weekend. Festivals like Fresh Fest showcase black brewers, artists, and entrepreneurs. Breweries like Bow and Arrow Brewing, helmed by Native women, celebrate personal, historically-driven brands. Here in New York City, we are fortunate enough to have BierWax, a bar that celebrates beer, vinyl, and hip hop culture; and Harlem Hops, a beer-centric bar and restaurant run by three H.B.C.U. graduates (two are women). California and Florida are homes to homebrewing association Queers Makin’ Beers, a group devoted to making beer more accessible to all. And there are many, many more.

Instead of focusing on this tired, bearded cliché, let’s adjust our vantage points. Let’s acknowledge the distinct members and happenings we do have in this community, and put Dr. Jackson-Beckham’s words into action by inviting more individuals to the (brewery) table.

Although growth feels good, IRI’s increases do not necessarily reflect what many consider “craft” beer. Several brands included in IRI’s “craft” increases, such as beers by Elysian (owned by Anheuser-Busch InBev) and Kona (owned by Craft Brew Alliance), are not considered “craft” by the Brewers Association.

However, the data provides a good benchmark for what is increasing in the U.S.: preference for flavor and variety over homogeneity (ahem, macro lagers). Even though the overall growth numbers include macro-owned brands, they’re side-by-side with those produced by smaller, independent breweries. Seeing these beers neck and neck proves smaller brands are still competitive with those produced by the world’s largest brewers, even if one is co-opting the other.

Any craft beer lover with an internet connection has seen the immense effort Sierra Nevada Brewing is putting toward Camp Fire relief efforts. Now, those efforts are projected to surpass $10 million, which will be used to implement the Butte Strong Fund.

Along with Sierra Nevada’s Resilience IPA fundraising program, which has nearly 1,500 brewery participants on board, and the Sierra Nevada Community Fund, which kicked off with a $100,000 donation from the Grossman family, the company is now committing to a $10 million donation to the Butte Strong Fund. A grant program created by Sierra Nevada, in partnership with the North Valley Community Foundation and the Aaron Rodgers NorCal Fire Recovery Fund, it will raise money to aid local recovery organizations. According to the announcement, there will be six types of grants: housing, children and youth services, health and wellness, education, community development, and business recovery.

Such efforts demonstrate a core value of the craft beer industry (and humanity, for that matter): community. The breweries and customers who are participating in relief efforts across the country show craft beer’s ability to bring us together. When the going gets tough, craft beer gets going.