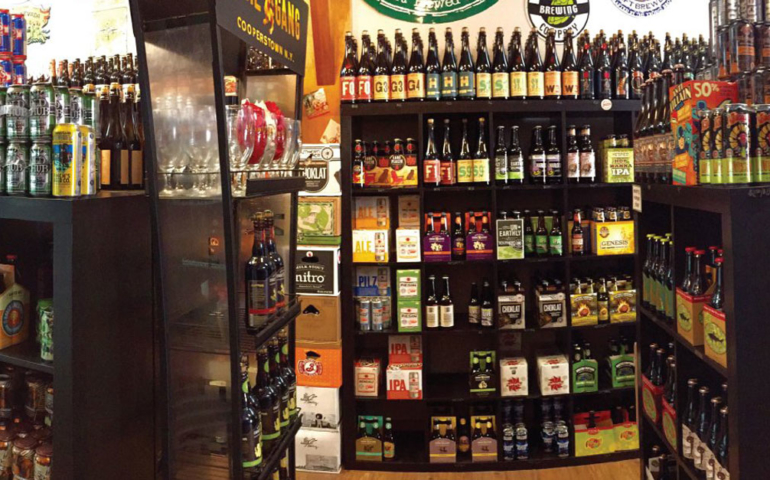 Craft Beer Cellar, the first nationwide beer retailer in the U.S., is in the midst of a PR nightmare. Over the past five weeks, five franchisees of the beer chain have announced they will close. Seven others have shuttered in the past three years, The Boston Globe reports.

Owners blame Craft Beer Cellar’s leadership for promising financial gains that did not materialize, and for lack of support in running their stores.

Meanwhile, Craft Beer Cellar’s flagship location in Belmont, Mass., where co-founders Kim Baker and Suzanne Schalow are frequently on site, is far outperforming its franchisees. The Belmont store is “making nearly $2 million in revenues in 2018, while the other 29 stores averaged $532,000 in annual revenues,” The Globe reports.

A series of lawsuits have played out between Craft Beer Cellar’s owners and its franchisees, too. Several were dismissed, and others ended in favor of franchisees.

Schalow and Baker believe they are being discriminated against as women and lesbians (the business partners are also married). “A group of mostly middle-aged, white males, who are fueled by their own internal rage and hatred of women and sexual orientations that are different from their own, are at the core of this kerfuffle,” they wrote in a blog post in April 2019. The post was a response to “a group of people, many of whom are still ‘internal’, that have spent countless hours trolling our socials, writing offensive and fictional reviews on sites such as Glassdoor, Google, and Yelp.”

In a separate blog post, published on Wednesday, May 1, 2019, Schalow and Baker elaborated on The Boston Globe article: “We are steadfast in our position that this article is extremely biased!” they said.

They accuse the author of “[failing] to include our perspective and experiences,” and that “despite the wide swath of negativity swirling around,” they will continue to run their business and “to work to remove those that don’t value these principles from our system.”

(In a response to a request for a comment, a Craft Beer Cellar spokesperson told VinePair, “we aren’t currently in a position to be able to offer perspective on a piece with such a short deadline.” Fair enough.)

I feel like I’m missing core information. The back-and-forth between Schalow and Baker and their (mostly anonymous) franchise owners is quite literally a he-said, she-said situation. It’s difficult to sort out an issue with so few details. (For example, there really is no concrete evidence that Schalow and Baker failed to support their franchisees, other than several stores not performing as well as others. Likewise, while marginalized people are most certainly discriminated against all day every day, I have not yet seen proof of their victimization as females or lesbians.)

In the end, the buck stops at a company’s leadership. I’m keeping my ear to the ground and hope this issue gets resolved.

After being sued by MillerCoors in March on the basis of deceptive advertising, per its heavy-handed, corn-syrup-bashing Super Bowl commercials for Bud Light, Anheuser-Busch filed a response asking the court to dismiss this case, Brewbound reports.

MillerCoors accused A-B of misleading drinkers into believing its products like Coors Light and Miller Lite are made with high-fructose corn syrup. In its response, A-B said it never mentioned the words “high fructose corn syrup” and that MillerCoors lists corn syrup as an ingredient on its own website.

A-B’s argument has few holes, if any. Although we scrupulous beer industry followers can see through its tactics (the commercials definitely put corn syrup in a negative light), A-B smartly worked around it with this campaign.

Things aren’t looking so good for MillerCoors in this case. I hope the attention both brands are getting — am I still writing about this three months after the Super Bowl? — piques consumers’ curiosity about what’s actually in their beer. If not, they can keep drinking Bud-Miller-Coors Light.

On Monday, MillerCoors announced the launch of a collaboration between its Miller High Life and Terrapin brands. Hoppin’ Bubbly, a brut IPA, will launch in each brewery’s respective markets, Wisconsin and Georgia, this month.

Although the beer will only be available in those markets, Miller High Life associate marketing manager Jeff Schulman says he’d like to see it expand.

This is cool — and, as Jay-Z says, it’s all about progression — but it might be a little late. As Beervana writer Jeff Alworth described in a blog post last month, brut IPA has come and gone in the span of a year.

I actually quite enjoy the style’s candy aroma, light, dry flavor and Champagne-like effervescence, but if it isn’t proving profitable for craft breweries, perhaps it’s not the best bandwagon for Big Beer to jump on. That said, I still totally want to try it.