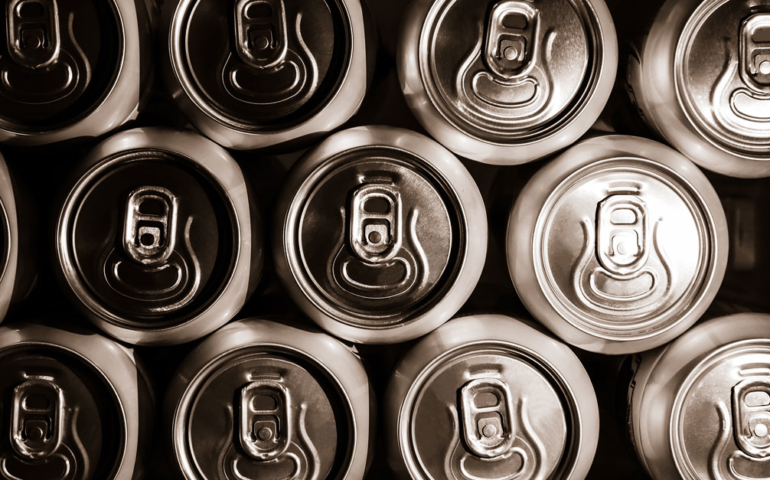 Fears that aluminum and steel tariffs imposed by the Trump administration in 2018 would hurt the U.S. beer industry are becoming a reality, according to the Beer Institute (BI).

The BI commissioned research firm Harbor Aluminum to study the cost of the aluminum tariffs since their imposition on March 8, 2018, Brewbound reports. Results show the U.S. beverage industry paid about $250 million for aluminum cansheet, the material used to make cans for beverages, between March and December 2018. The U.S. Department of the Treasury collected $50 million from these sales.

Last Friday, BI president and CEO Jim McGreevy said on CNBC’s “The Exchange” that he estimated “this would be a $347 million tax on beer, and I’m sorry to report a year later, that’s exactly true.”

According to McGreevy, MillerCoors paid an additional $40 million in aluminum tariffs last year, and Summit Brewing of St. Paul, Minn., paid an extra $160,000.

“Brewers are paying a tariff price even on domestic aluminum,” McGreevy said in a press release. “I have heard from brewers large and small from across the country who are seeing their aluminum costs drastically increase, even when they are using American aluminum.”

According to the BI, about 60 percent of beer produced and sold in the U.S. is packaged in aluminum.

Last year, we reported that the Brewers Association estimated the 1-cent increase per can could cost the can industry upwards of $960 million.

For beer lovers, cans are more popular than ever. If this tariff continues, expect even more upheaval in the industry — especially for breweries that distribute cans on a larger scale.

Anheuser-Busch InBev Is Changing Its Name, Because Brexit

Anheuser-Busch InBev is changing its name in the U.K. and Ireland, where the company will now be known as Budweiser Brewing Group. It will remain AB InBev globally, City A.M. reports.

The change aims to raise awareness of the brand as it “doubles down on its commitment to the region after Brexit,” City A.M. reports.

This is confusing, but also makes sense. It’s impossible to count how many times I’ve heard or seen “Budweiser” being used interchangeably with “Anheuser-Busch” or “AB InBev.” Not to mention, it’s an irritating acronym to type. Frankly, I wouldn’t mind the name change in the U.S.