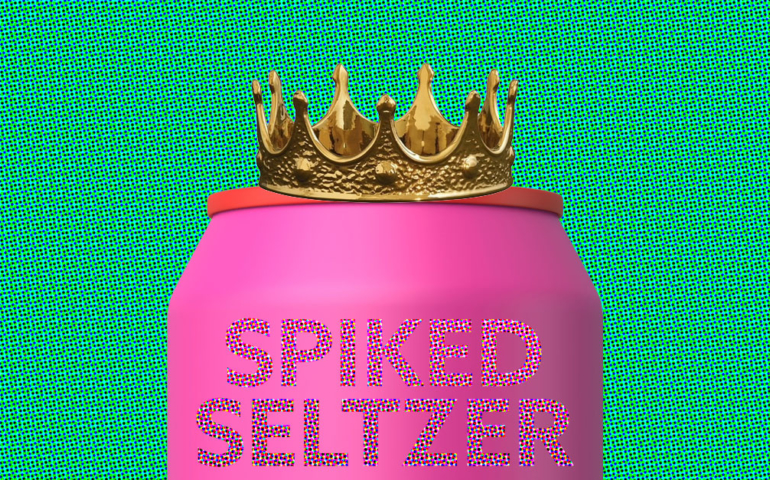 According to recent data from IRI, year-to-date off-premise beer sales are on the rise. Most of the growth isn’t coming from traditional beer, though: The primary drivers are flavored malt beverages (FMBs).

But IPAs paled in comparison to another beer category: spiked seltzers.

Spiked seltzers are popping. The lightly boozy sparkling beverage is becoming the purchase of choice for many health-conscious drinkers. Why? Boozy seltzer certainly isn’t good for you, but it’s lower in alcohol, calories, and carbs than many craft beers.

Add to that hard seltzers’ beach-friendly packaging and easy drinkability, and the stuff becomes practically irresistible.

I’m not saying I’ve converted to spiked seltzer, or its berry-flavored, bubbly, boozy bliss. But after recently tasting and ranking dozens of brands alongside my colleagues and other industry members, and sharing the leftovers with friends, I’ve learned this: Spiked seltzer has a time and place.

That time is now, and that place is American kitchens, coolers, and tailgates. Accept fate and ride the wave, or prepare to be very upset about what everyone is drinking this summer.

Last week, Bumble, the female-friendly dating app that gives women the power to initiate heterosexual “matches,” announced it will be launching Bumble Brew, a restaurant and wine bar in NYC.

Ellis Roche, Bumble chief of staff, told Bloomberg in an interview that the coffee shop by day, wine bar by night will serve “date-friendly” dishes. “No spaghetti—nothing that would be awkward on a first date,” she said.

The Brewers Association and the National Beer Wholesalers Association have said in the past that beer is suffering in part because of dating apps, as singles are less likely to go looking for love in bars when they can browse options in the palms of their hands.

Bumble Brew, then, has the potential to bring singles back to the bar, where they can drink more beer. But is beer “date-friendly?” I obviously think so, but if I’m a single woman being told I shouldn’t be eating spaghetti because it’s too messy, am I supposed to feel comfortable drinking beer? What if it makes me bloated? Or worse, burp?!

Bumble had the benefit of putting a small amount of power in (straight) women’s hands. By restricting what we eat, and deciding what is and isn’t “attractive” to potential matches, it loses its progressive sensibility.

In a statement on its website, Oedipus says the investment will help it “build more experiences” around beer, including a food and beer bar, a brew club, a musical and cultural venue, “and our biggest dream: a modern, sustainable, farmhouse brewery in or around Amsterdam. We’re happy and proud to announce that we can now make all of these creative dreams a reality.”

The statement continues, “Dreams need funds though, and for funds you need a partner.”

Ain’t that the truth? I admit I’m a little surprised by the deal. Oedipus, launched in 2012, is everything Heineken is not: small, quirky, artsy, and creative.

But, as I always say, beer is a business. If Oedipus’s dreams are to expand, and taking cash from a global beer competitor makes them feel good, I wish them well.