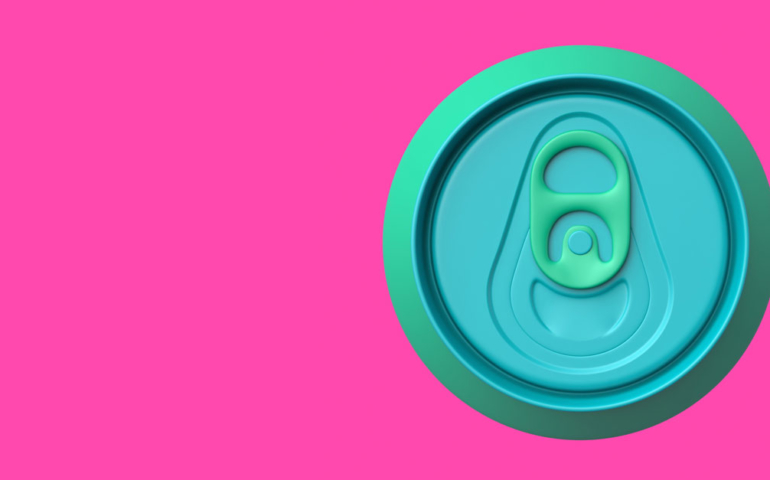 Hard seltzer is not a hard sell. According to Nielsen data, dollar sales for hard seltzer grew triple digits in 2018, and it’s   expected to be a Super Bowl hit this weekend.

I knew this was coming, but wow. It happened fast. And I’m torn.

On the one hand, I see this as a savvy move for breweries that simply want to keep their businesses afloat. Hard seltzers appeal to a lot of people, and incorporating them can introduce more drinkers to craft brands.

On the other hand, I find it ideologically disheartening that the best way for a brewery to survive is to make something other than beer. (Does a Rauchbier by any other name smell as smoky?)

In the end, as much as it pains me to see breweries moving resources and creative talent away from craft brewing, I’d rather they expand their offerings than shutter operations altogether, or sell to the highest bidder. While I don’t see myself converting to stovepipes of Extra Nauti seltzer any time soon, is it really all that different than breweries that were once devoted to Belgian ales suddenly making 12 different IPAs because that’s what the market demands?

Beer is a business, and sometimes you have to give the people what they want. Even if you want something else.

Stella has star power: Its ad features Sarah Jessica Parker as Carrie Bradshaw from TV’s “Sex and the City,” and Jeff Bridges as “The Dude” from “The Big Lebowski,” each ordering the Belgian beer instead of their “usual” Cosmos and White Russians, respectively.

Michelob tapped Zoe Kravitz to promote its Pure Line Gold organic light lager in an ad that not-so-subtly references the increasingly popular ASMR (autonomous sensory meridian response) trend. In the ad, Kravitz, seated in a silent, stunning landscape, makes soothing, stimulating sounds with her voice and the beer bottle. Not gonna lie, it’s sexy. At first, I wanted to pop a Pure Line Gold immediately. But, no. The ad was produced by an all-female team, which is cool, but it still positions Kravitz as a sexual object, only in a more millennial-friendly package. Oh, and the word “pure” is used repeatedly.

It got me thinking: Would they put a man in her seat? A transwoman? A nonbinary person? As a colleague of mine eloquently stated, the ad is “still sexist, just with a liberal patina and Vassar degree.”

Budweiser’s ad, meanwhile, has a feel-good, down-home country feel, starring a Dalmatian riding a wagon pulled by Clydesdales through a wind farm while Bob Dylan croons “Blowin’ in the Wind” (sellout!). The ad refers to Budweiser being brewed with wind power. According to Angie Slaughter, Anheuser-Busch vice president of sustainability, 100 percent of the electricity used to brew Bud comes from renewable energy.

Each of these ads exemplifies what Anheuser-Busch does best: marketing. And, considering the company is advertising three arguably interchangeable beers — all of them pale lagers from the same company — each strikes a different chord, from late 1990s nostalgia (both “Sex and the City” and “The Big Lebowski” debuted in 1998); to Snapchat generation trends; and the all-American dream. With big budgets, you can afford big creativity.

But I won’t hold my breath for the Bud Light ads. Those will be silly, silly.

Fuller’s beer and other drinks businesses have been sold to Asahi Europe, a subsidiary of Asahi Group Holdings, in Tokyo.  The deal is valued at £250 million ($327 million).

Asahi will own “the entirety of Fuller’s beer, cider and soft drinks brewing and production, wine wholesaling, as well as the distribution thereof, and also includes the Griffin Brewery, Cornish Orchards, Dark Star Brewing and Nectar Imports,” an announcement said. Fuller’s will maintain ownership of its pubs and hotels.

Reactions in the U.K. have been emotional. Fuller’s Brewery is an independent, family-run operation founded in 1845. Its Griffin Brewery has been in operation since 1654, and the London Pride brand dates to the 1950s. The family operation handing the keys over to a global brewer and distributor is disappointing for fans, to say the least.

I get it. This situation is all to common in the States. Here, craft brewery acquisitions have become distressingly normal. And Asahi has scooped up other European beer brands, including Pilsner Urquell, Grolsch, Meantime, and Peroni. To the common consumer, not much will change — Fuller’s brands will continue to be available — but for loyal fans and industry insiders, the sale exemplifies a tension we see here, too, which is that iconic mid-sized breweries are being swallowed by global conglomerates and squeezed out by smaller outfits alike.

We feel for you, Fuller’s fans. On the bright side, those smaller London brewers will be happy to have your business.

The BA announced last year that Papazian would be making the split on Jan. 23, 2019, his 70th birthday and 40-year mark building the craft brewing community.

As a homebrewer and beer writer, I admire Papazian immensely. He laid the foundation for the craft beer movement as we know it today.