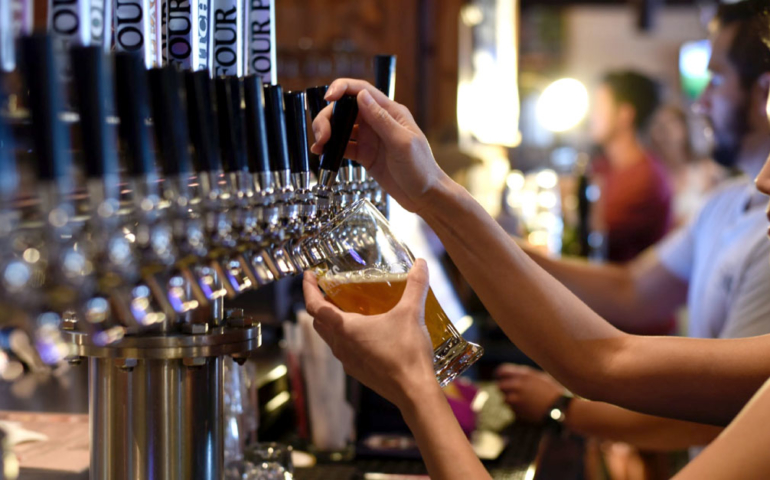 Jackson-Beckham launched the #IAmCraftBeer hashtag after Chalonda White, a beer blogger (a.k.a. Afro Beer Chick), received a horrific racist email regarding her involvement in the beer industry as a black woman. White shared that email via a screenshot on Twitter, and Jackson-Beckham shared it with her own followers with a call to action:

“Okay #BeerTwitter, I am asking for your help. I am enraged […] I want to channel this feeling to something positive. I want to demonstrate what an inclusive #craftbeer community looks like. So, here’s what I’m asking: 1. Take selfie. 2. Tell us something about your wonderful, complex, individual self. Tag your post with #IAmCraftBeer.”

“I refuse to allow anyone [to] tell me that I do not belong because I am black woman,” White wrote in an October 2019 blog post. “This is why I am forever thankful to Dr. J. Jackson-Beckham for not only her words of encouragement in a private conversation but what she did next. She created #IAmCraftBeer in support of that situation and anyone else [who] is faced with challenges of being told they do not belong. It is a movement that is continually growing not just here in the US, but internationally as well. It is a movement of love and respect of like minded people. Beer should not be defined by who drinks it, only but the quality of the beer itself.”

Following the overwhelming response to the hashtag, the next logical step was out of cyberspace. “…[W]hen I turned it around for these breweries and proposed a collaborative brewing project, I said ‘Well, what if we think of #IAmCraftBeer as an introduction,” Jackson-Beckham told Brewbound.

And so, #IAmCraftBeer has manifested IRL in the form of community partnerships and collaborations, most recently via Trillium’s Wonderful Complex Individual, a beer brewed in partnership with the Urban Farming Institute (UFI) of Boston. The beer is a stout made with sweet potato, Madagascar vanilla, cinnamon, and nutmeg, and UFI will collect $1 per draft beer sale, and $2 per 4-pack of cans sold. (The beer name references Jackson-Beckham’s original #IAmCraftBeer tweet.)

“If you look around today, we’re not exactly a great reflection of that community but we’re building toward that,” Trillium Co-Founder JC Tetreault said at the launch event for Wonderful Complex Individual on Friday, Feb. 7. “This project is an effort to help outwardly express that and inwardly express that.”

Of course, Trillium isn’t the only brewery that took the call to action offline, or the first. Chicago’s Revolution Brewing, Philadelphia’s Love City Brewery, and Kansas City’s Rochester Brewing & Roasting Co. have each launched their own initiatives.

But Trillium taking this step is particularly powerful because it is one of the most idolized craft breweries in the country. (It’s also, arguably, a leader in one of the whitest and male-est beer communities, Boston). By broadcasting an anti-racist message to fellow brewers and fans, it sets the stage for more of us to look outside our sameness, or step outside our social circles and comfort zones, to reach a deeper community of craft beer lovers around us.

All of #IAmCraftBeer’s participants have good intentions, but the handful who are turning their retweets into real-life initiatives are actively showing that craft beer is more than a microcosm; it is a multitude of multifaceted participants with the potential to reach many more.

Actions speak louder than hashtags. Let’s all look around to see where we can welcome more “wonderful, complex individuals” into the conversation, and into the taproom.

(Note: The next #IAmCraftBeer meetup is scheduled for Sunday, March 15 from 1 to 5 p.m. at The Fermentorium Barrel House in Milwaukee, Wisc.)