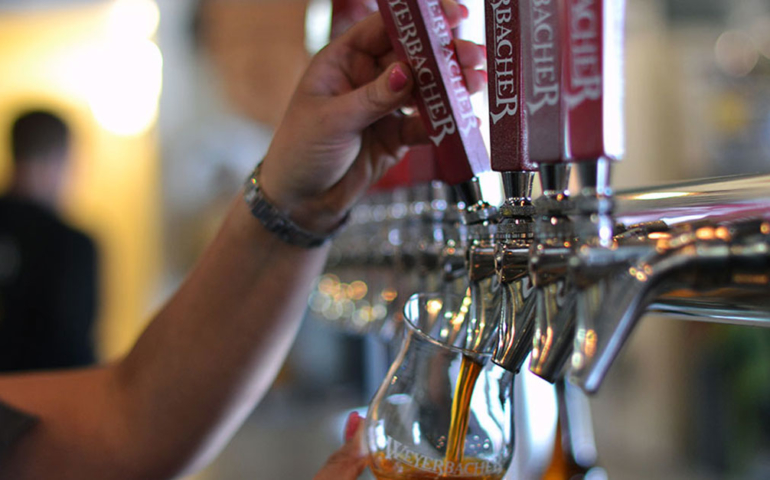 It says its downfall was pumpkin beer.

“We were expecting to see double-digit growth for a number of years … and with the market saturation that happened in pumpkin and all of those other things, that just didn’t pan out,” Josh Lampe, current president and former COO, told Brewbound.

Weyerbacher has been in operation for 24 years. Pumpkin beer’s popularity was a disappointment for many reasons, but you can’t blame bankruptcy on a gourd.

Weyerbacher’s unforeseen mistake was a $2 million expansion in 2014, which was soon followed by increased competition — from both autumnally spiced ales and other, hipper breweries. A third of Weyerbacher’s production capacity currently sits unused. And last year, it produced 11,000 barrels out of a possible 30,000.

I feel like a broken record at this point, but mid-sized brewing companies will continue to feel the squeeze of competition from bigger and smaller brewers. I don’t think less pumpkin beer would have saved Weyerbacher, and I also don’t think more taprooms are going to bring it back to its former glory. If anything, it should scale back, continue offering up that free tank space for contract brewing, and accept its place in a changing craft beer landscape.

Modern Times Asked for Money, and Got It

Modern Times Beer, a San Diego-based brewery with a cult national following, recently launched a crowdfunding campaign on Wefunder. The campaign will run through April 30, 2019, and it has already surpassed $1 million.

In the listing, Modern Times founder and CEO Jacob J. McKean writes the company “posted high double-digit growth every year” since 2013, and is “one of the most successful [and] fastest growing breweries in the nation.” However, its rapid growth was coupled with a nearly $3 million loss in 2018, according to its financials. That makes it hard to open more taprooms, I suppose.

Modern Times is one of the top 50 craft breweries in the country. It currently operates four locations in California and one in Portland, Ore. Does the world need more Modern Times?

It’s a bold move, and one I found kind of obnoxious at first, but it’s actually pretty smart. The brewery’s goal to adjust its ownership structure before further expansion is, in a way, a built-in success — its customers are paying for its expansion. This is certainly better than expanding without customer support, and going the way of other breweries like Ballast Point, which got too big and is now shuttering locations. I’ll be interested to see if other rapidly growing brands adopt this strategy, too.

Last week, A-B’s Breckenridge Brewery also launched a program to benefit the National Parks. Starting April 20, 2019 through August 2019, the brewery will donate 2 percent of every Breckenridge pint sold to the parks, a spokesperson told VinePair in an email.

It’s good to see A-B giving back. Its immense resources put it in a unique position to do so. I hope to see more efforts like these from Big Beer going forward.