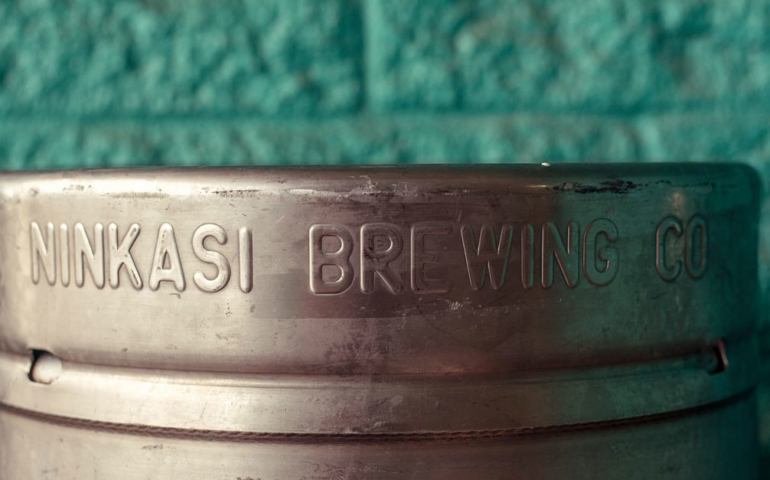 Ninkasi Brewing, the 35th largest craft brewery in the U.S., established in 2006, announced a strategic partnership with EPR Properties, a specialty real estate investment trust (REIT), and Legacy Breweries, a new venture that aims to acquire craft breweries in the U.S.

The terms of the deal were not disclosed, but the gist of it is this: “Ninkasi sold a majority stake to Legacy Breweries,” Nikos Ridge, Ninkasi co-founder, told Brewbound. Legacy Breweries also plans to purchase “Ninkasi-sized” breweries in the Midwest and eastern U.S., as well as 10 to 15 smaller breweries in those regions, Don Bryant, Legacy Breweries CEO and former Yakima Chief CEO, said. Meanwhile, EPR’s plan “is to purchase real estate from its partners, lease the land back and allow them to continue operating.”

Ridge, along with Ninkasi co-founder and company front man Jamie Floyd, will remain in their roles, as well as serve as Legacy Breweries board members.

This all sounds familiar. Like Fireman Capital Partners backing Canarchy, a craft brewery network that includes Oskar Blues, Cigar City, and Three Weavers, among others, Ninkasi hopes to strengthen its brand, widen its distribution network, and thrive — or at the very least, survive — in this competitive marketplace.

If keeping Ninkasi’s doors open and beer flowing means diving into the deep pockets of a venture capitalist (bonus points for Bryant’s background as head of a huge, and hugely respected, hops supplier), that’s better than seeing Ninkasi fade away.

Beer volumes are expected to decline as much as 2 percent in 2019, Uhrich told Brewbound.

On the bright side, brewery taproom and brewpub sales increased 16.4 percent in 2018. And, as covered here last week, the Brewers Association reported craft beer volume growth of 4 percent in 2018.

So, the people’s drink no longer claims the majority of alcoholic beverage consumption. It still reigns supreme over wine and spirits. Until Americans are drinking more rosé or vodka (or, hops heaven forbid, rosé vodka) than beer, I’m not too worried.

Craft Brew Alliance (CBA), owner of Kona Brewing and other beer brands, announced a new line of beverages that pretty much ticks off every trend: low-proof, fruit-flavored spiked seltzers. The line is called Pacer and launches in July 2019.

Pacer is the first product CBA is unveiling under its “pH Experiment,” an innovation arm established last month, Brewbound reports.

It’s a crazy world out there. Beyond Big Beer companies, craft breweries, including Boston Beer, Canarchy, Harpoon, and Ninkasi, all launched hard seltzers, too. I may not like it, but for the foreseeable future, low-everything canned FMBs are a poppable, unstoppable force.