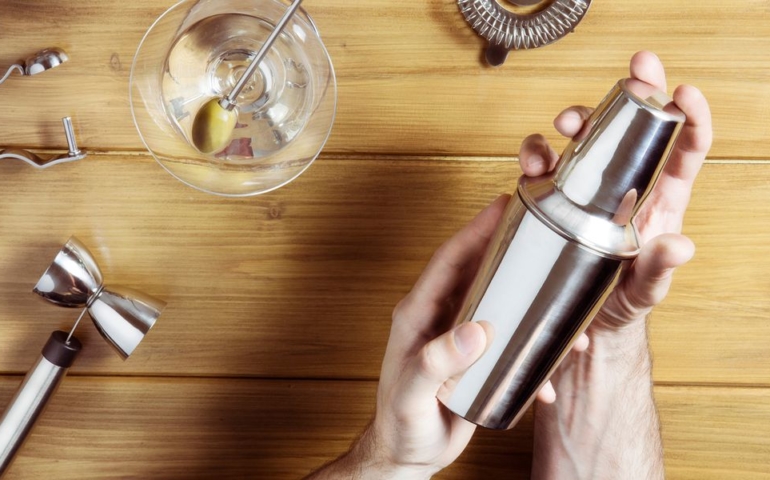 You’ve finally carved away precious square footage to make room for that most sacred of household additions: the home bar. But turning out top-notch drinks in your slippers takes more than good intentions. There are bottles to buy, tools to agonize over, techniques to master. Follow us as we help you navigate your home bar basics.

Separating liquid from solid—that’s the chief job of the cocktail strainer. Sounds easy enough, but choosing the wrong one can leave you with a mouth full of annoying mint bits. Or worse: an ice avalanche ready to bury your Boulevardier. The good news? Strainer shopping is pretty straightforward; there are basically two to choose from.

In the 1800s, around the same time frozen water cubes began bobbing in our drinks, two tools started appearing on bar tops. The first was the julep strainer, a curved disc of perforated steel that looks kind of like a flattened thimble with a handle.

The julep strainer (no relation to the Mint Julep) likely evolved from the slotted spoon and was originally placed atop a drink to keep ice from crashing into your sensitive 19th-century teeth. Some believe it was actually meant as a beard-booze buffer. Either way, by the end of the 1800s, this function was made obsolete by the invention of the drinking straw.

The other more commonly used strainer is Hawthorne. Named for the Boston bar owned by one of its inventors, the Hawthorne strainer has a flat, perforated face framed by a coil that sifts out ice and other particulates. The coil’s convenient secondary function? It works as a flexible spring, allowing the strainer to fit over glassware of various sizes.

“Personally, I love using the julep strainer,” says Ezra Star, the general manager of Boston’s seminal cocktail bar Drink. “They look really nice, and I like the way they feel in your hand, but there’s a little bit of technique involved. You need to hold the strainer like a trigger. Let go and the ice will come crashing into your drink and make a mess.” Star adds one final plug for the julep strainer: “They’re perfect for playing ice lacrosse with the other bartenders.”

Seeing as both strainers are small and relatively inexpensive (about $10 each), we suggest picking up one of each. But if you had to choose just one, says Morgenthaler, it’s probably more practical to go with the Hawthorne. “The julep is just too small to fit on the tin,” he says. “The Hawthorne can do double duty.” 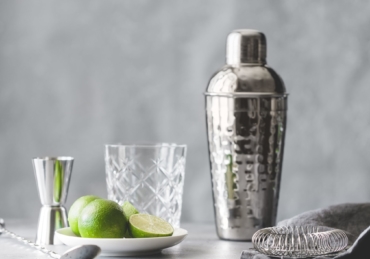 The 9 Best Cocktail Shakers of 2020, According to Experts