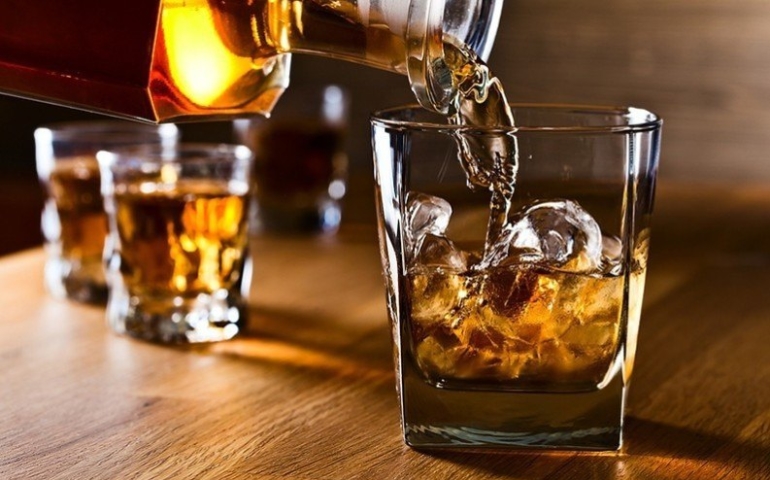 Whiskey purists have long debated whether it’s better to drink it straight, on the rocks or with a dash of water. It’s always been a matter of personal preference, but now scientists have weighed in on what makes everyone’s favorite brown spirit taste the best.

According to a new study published in Scientific Reports, the team used a series of computer simulations to observe how the molecule behaves at different concentrations of ethanol, i.e. alcohol.

They found in whiskey mixtures consisting of as much as 45 percent ethanol—close to the concentration found in a typical bottle of whiskey—guaiacol was found near the liquid’s surface, thus delivering smoky notes directly to the drinker’s palate.

At ethanol concentrations above 59 percent—close to the concentration found in cask strength spirits—ethanol molecules form clusters around guaiacol and muddle the compound’s flavor.

The researchers concluded that there is a fine balance between diluting the whiskey to make it better or adding so much water that it loses the properties that make it taste so damn good.

And, as Smithsonian notes, other factors such as the size of the ice cube and the surface area of the glass probably also play a part in the experience one has with each swill.

The bottom line is this: for those of you who insist on sipping it neat, try it with a splash of water. Because science says you should.