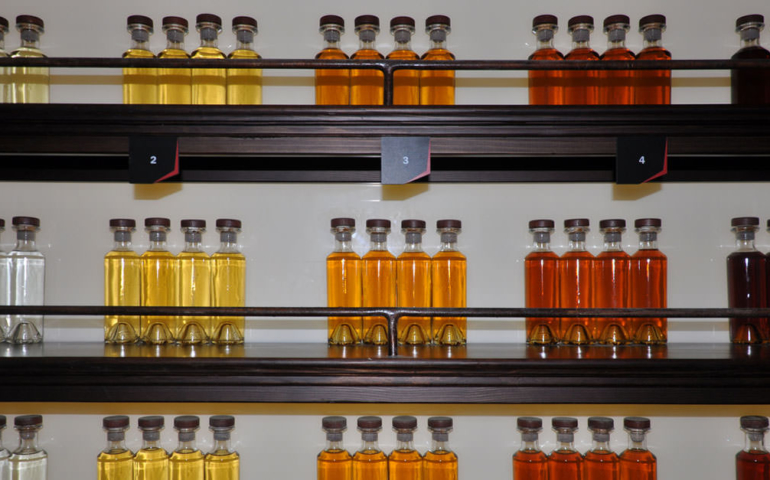 Like getting buzzed but can’t handle the headaches and “hangxiety”? Good news may be on the horizon.

For the past decade, David Nutt, a London-based scientist, has been working on a safe form of synthetic alcohol that provides all the positives of drinking, without the health issues, hangovers, and risk of overindulging.

In a recent interview with The Guardian, Nutt revealed that he and his team aim to introduce the substitute (named Alcarelle or “alcosynth”) in bars and stores within the next few years.

For years, Nutt has been studying the way alcohol stimulates different receptors in the brain. He discovered that some receptors bind with alcohol to provide the positive effects we enjoy (being tipsy), while others combine to bring about negative effects (headaches, hangovers). “We know where in the brain alcohol has its ‘good’ effects and ‘bad’ effects, and what particular receptors mediate that,” Nutt says.

Alcarelle works by stimulating only the “good” receptors and avoiding the “bad” ones. The team plans to also design a “peak effect” into the drug, meaning that no matter how much Alcarelle someone consumes, they won’t be at risk of becoming too drunk. Instead, drinkers will be able to choose between doses that provide the kind of social lubrication suited for parties, and others more apt for business-lunch scenarios.

Nutt and his team have already developed these forms of Alcarelle. But so far, only he, his business partner, and a handful of others have tried them because Alcarelle hasn’t completed the necessary safety testing. “The real challenge is taking that molecule to a drink,” Nutt says. “The regulatory side is much harder than the science.”

The team has devised a five-year plan, and aims to introduce the molecule as a food additive or ingredient. This way, they won’t need to navigate the kind clinical trials associated with introducing a new drug.

But, “there will obviously be testing to check the molecule is safe,” Nutt says. “We will demonstrate that it doesn’t produce toxicity like alcohol does.” His team also wants to prove that Alcarelle doesn’t carry any of the other negative aspects of alcohol. “We don’t want hangovers,” he says.

Here’s to a future full of health-risk- and hangover-free; tipsy, but not-too-drunk, imbibing.

The article Hangover-Free Synthetic Alcohol Could Be Ready in Five Years appeared first on VinePair.