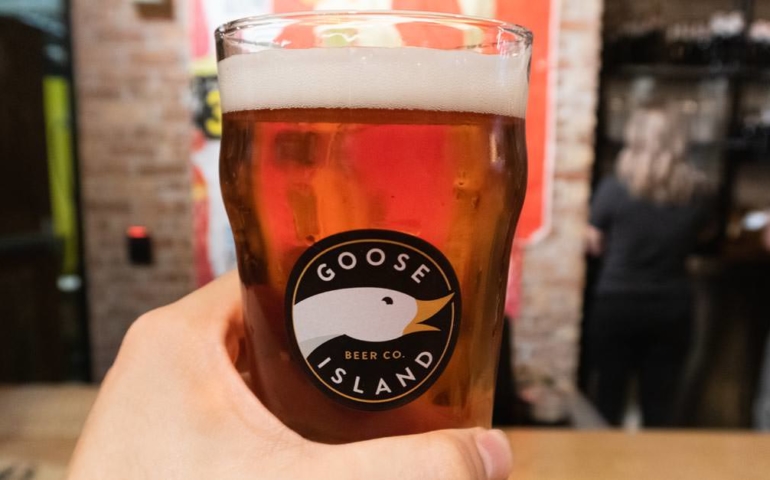 Chicago brewery Goose Island, a subsidiary of Anheuser-Busch InBev, has called upon “armchair kickers” to prove their prowess from 43 yards, after the city’s football team witnessed an agonizing end to their season Sunday night, when Chicago Bears kicker Cody Parkey epically missed a field goal.

While a place in the postseason is out of reach, a successful conversion could see Chicago drinkers win a year’s supply of Goose Island beer.

Trailing by one point, with 10 seconds remaining, all eyes fell on Parkey. Fans and players watched on in horror as Parkey’s attempt hit not one, but two goal posts before bouncing out onto the field.

The kicker was quickly on the receiving end of much ridicule across social media, with angry fans claiming they could do better than the NFL star, who earns a guaranteed $9 million annual salary.

In reaction to the trolls, and in a show of support for the kicker, Goose Island yesterday announced plans to build a field goal in the street outside its Chicago taproom on West Fulton street, and is inviting said trolls and fans to come out and prove they can do better from 43 yards.

A lot of armchair kickers on here are saying that they could hit that field goal, which we find DOUBTFUL. You’re gonna sit there on your throne of potato chips and vape pens and criticize this dude’s athleticism? GET REAL. 2/5

“Hit the 43 yard field goal and you’ll win beer for a year and eternal glory,” the brewery posted in a Twitter thread.

This weekend during normal taproom hours we’ll have a chance for you to show off your kicking skills. Hit the 43 yard field goal and you’ll win beer for a year and eternal glory. More info coming soon. 4/5

The contest will take place this weekend during normal taproom hours, according to Goose Island’s Twitter page. The brewery hasn’t revealed any further details, though it later posted an update with a picture of makeshift plans for the goal post, claiming it was “dead serious.”

Here’s hoping if anyone is successful, they spare a thought for — and a couple of cold ones with — Parkey, who said after the game: “I feel terrible. I let the team down. It’s on me. I have to own it. I have to be a man. Unfortunately, that’s the way it went today.”

We’re dead serious, we have a drawing and construction begins tomorrow. pic.twitter.com/fOnsZihyy9