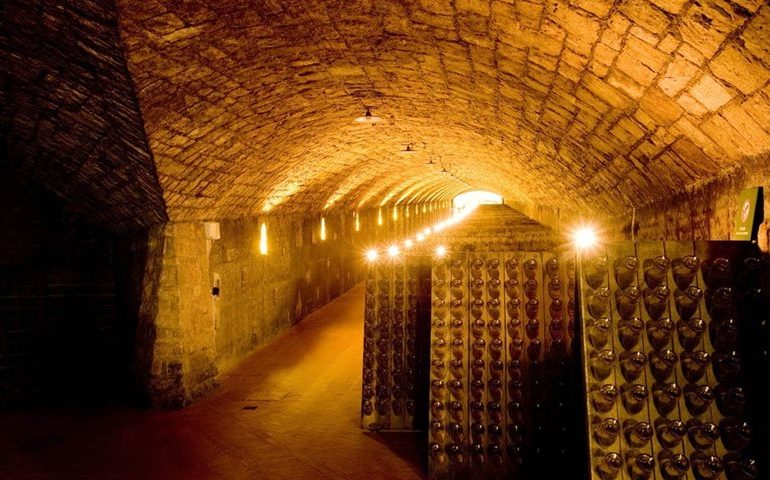 To overcome the challenges of the coronavirus pandemic, wine producers and regions have attempted to up their off-trade game. But what about small, premium appellations whose client base is mainly on-trade? Justin Keay virtually heads to Italy’s Franciacorta to find out

As the implications of covid-19 become clearer, the drinks industry’s focus has mostly been on the on-trade, with such schemes as Berkmann’s Help 4 Hospitality helping afflicted businesses. Berkmann’s purchasing director Alex Hunt says the scheme, which donates 12.5% of online sales to the hospitality industry, has already raised over £36,000 and is aiming for £50,000.

But what of wine producers, particularly in premium regions where costs are high, who have essentially seen their – mainly on-trade – customer base evaporate? Many small wineries in particular face unprecedented challenges, given that their volume and high price/quality ratio make switching their customer base to the off-trade very difficult.

Franciacorta, Italy’s premium sparkling wine region located to the south of Lake Iseo in Lombardy – ground zero for the country’s covid-19 outbreak – is a prime example.

No country for a celebratory treat

With 117 producers of varying sizes, including big names such as Ca’ Del Bosco and Bellavista, and smaller but highly respected ones like Ferghettina, with its distinctive pyramid-shaped bottles, Franciacorta has worked hard to boost the global reputation of its product. Tough rules overseen by the Consorzio, which this year celebrates its 30th anniversary, mean the wines can actually be pricier than Champagne and are a long way up the quality scale of even higher-end Prosecco from Asolo and Conegliano Valdobbiadene. Made in the metodo classico style using Chardonnay, Pinot Nero and Pinot Bianco grapes, vintage expressions cannot be sold until three years after harvest, whilst even NV wines must wait 25 months, 18 of which are on the lees.

Unsurprisingly perhaps, some 80% of sales are to the on-trade and the vast bulk of this is in Italy, but almost all this business has vanished. Attempts to boost off-trade sales have been complicated by the high price and the fact that this and their high quality make them a celebratory treat – at a time when there isn’t much to celebrate.

Ettore Maggi, who distributes Bellavista, one of the oldest and best-known Franciacorta producers sold in the UK through Liberty Wines, says it’s been tough.

‘With the complete lockdown, there is not much left to do, domestically. We have noticed an increase in sales in the retail sector, especially online sales, but still not very significant. Quality sparkling wines are still purchased for good times, by the vast majority, for celebrations. But in this climate there aren’t many people wanting to celebrate,’ he says.

Logistical difficulties are another challenge, as Laura Gatti of Ferghettina (found in the UK through Boutinot), admits.

‘The winery is in one of the worst areas in terms of people infected by the virus. At the beginning we were really scared… but nature can’t stop, and the wines need daily assistance. So, following all the safety rules, we’ve continued to do our jobs. The only thing that has stopped is sales,’ she says, although e-commerce and winery shop sales have slightly ameliorated the situation.

Gatti and others expect covid-19 to cast a shadow over the rest of 2020, at least. ‘Under Franciacorta production laws, the harvest must be done by hand. First of all we must find people who want to work the harvest and then ensure safe working conditions for them. We’ll see. At the moment there’s no real plan, everybody is trying to ensure that we can work the harvest in the best way possible for both people and grapes,’ she says.

But the big challenge going forward will be sales, with many industry observers suggesting small, premium regions like Franciacorta will find it hard to expand and boost sales even once the crisis has passed. In a recent Institute of Masters of Wine webinar Steve Charters MW, of the Burgundy Business School, says to expect lots of pressure in the on-trade but also consumers reverting to what they know. That means sticking with familiar, safe brands and not trying anything new, particularly when they are high-end. ‘People talk of premiumisation, but I don’t think it’s happening,’ he says.

But whatever happens in the future, winemakers in Franciacorta are preoccupied with the grim present. ‘The market right now is a nightmare, with most producers just keeping the wines in their cellar,’ says Silvano Brescianini, President of Consorzio Franciacorta. ‘Although restaurants are expected to open on 1 June – probably – things will remain very difficult. We just want to wake up from this nightmare.’