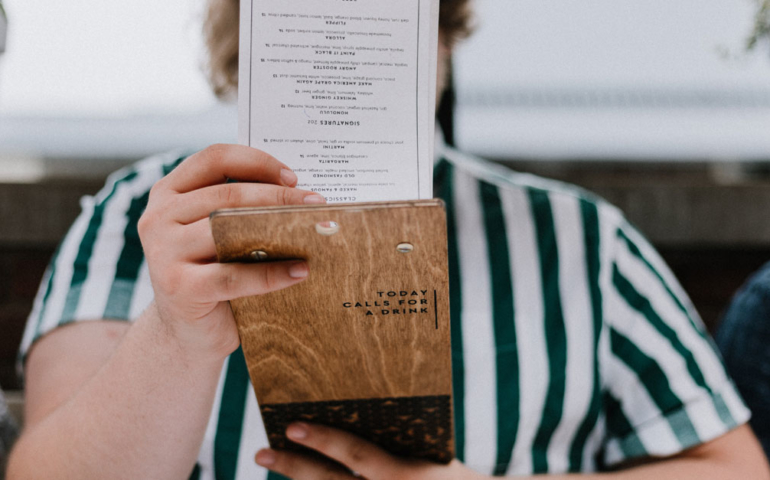 Whether you call them mocktails, soft drinks, zero-proof cocktails, or something else entirely, non-alcoholic mixed drinks have their place. Usually, it’s at the bottom of a beverage menu.

“I’m not going to put those drinks, which are less expensive than those with alcohol, right in the prime, sweet spots,” says Gregg Rapp, who makes a living by optimizing restaurant and bar menus for profitability. “The non-alcoholic drinker is going to look over the menu and find what she or he wants, just like you would the kids’ menu or the seafood section. It doesn’t really matter where you put the mocktails.”

By listing non-alcoholic beverages at the end or on the back of a menu, however, bars and restaurants risk making those drinks — and, by extension, their consumers — seem trivial.

“There’s an influence there,” Julie Kolar, who runs a boutique visual communications agency called Esse Design, says. “A menu can be incredibly psychological. How important do you feel, considering what you’re associating with on the menu? If you’re associating with the thing that’s discarded and not celebrated, then that’s how you feel.”

Of course, something has to run last on the menu, and not every kind of drinker can be accounted for when designing one. But the announcement of an egg allergy doesn’t carry the tension that requesting something alcohol-free might. Perhaps that customer has struggled with a substance use disorder. Perhaps that customer feels shame. The stigma of ordering a non-alcoholic drink in a bar is decreasing, as per a recent fleet of articles celebrating “the new sobriety,” but the movement is far from mainstream. 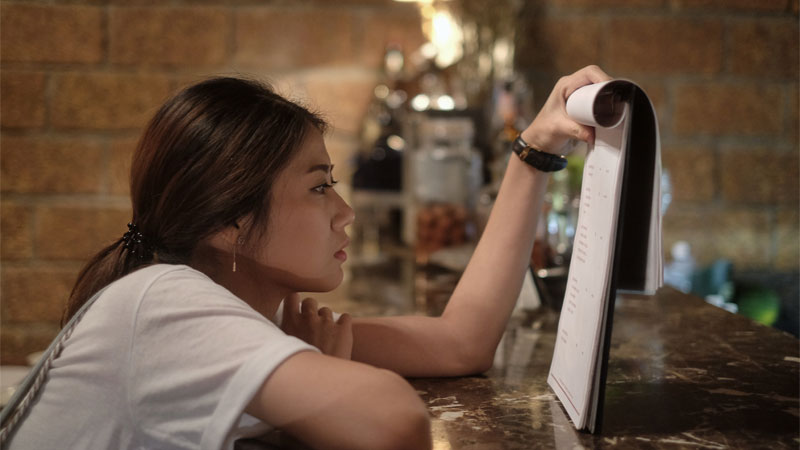 Kolar brings up the power of suggestion. The default dinner menu, for example, lists appetizers first, then entrées, and, finally, desserts. What happens, though, when you move small plates and entrées next to each other? Perhaps the diner decides to order a small plate for dinner; the menu structure allowed for that to be a perfectly plausible thing to do. “The paradigm can be shifted if creative restaurateurs decide to take a chance,” she says.

Some forward-thinking bar owners are doing just that.

At NYC cocktail bar Existing Conditions, non-alcoholic drinks fill the first page of the leather-bound menu, followed by carbonated, shaken, stirred, nitro-muddled, and bottled cocktails. “If you’re a non-drinker and you’re coming into a cocktail bar, maybe that feels uneasy for you,” Robert Murphy, Existing Conditions’ beverage director, says. “When you open our menu and the non-alcoholic drinks are the first thing you see, it’s got to be a comforting relief.”

All except the nitro-muddled drinks cost $16, a price Murphy justifies when it comes to the non-alcoholic drinks, by explaining his ingredient cost: $7-a-pound Comice pears yield so little juice that one drink contains four pears’ worth, and the aromatic honey he uses comes from rare, stingless bees kept by a man in the Yucatan rainforest. Unlike alcohol, the shelf life of both of those items is short, requiring constant restocking.

Above all else, says Murphy, bars are places where people gather, and all sorts of people should feel included. “Even in New York, you can only go to so many museums and art galleries in a day,” he says. “If you’re hanging out with friends, you’re probably going to end up at a restaurant or bar, even if you don’t drink.”

Bryan Dayton’s approach at Oak on Fourteenth in Boulder, Colo., is to list mixed drinks in descending order of alcohol content (high, low, no), followed by beer. Nearby in Denver, Death & Co. does the reverse. Death & Co. beverage director Tyson Buhler breaks down his menu into chapters: Fresh & Lively, Light & Playful, Bright & Confident, Elegant & Timeless, Boozy & Honest, and Rich & Comforting. Each chapter contains one non-alcoholic, two low-alcohol, and three “regular” cocktails. No- and low-alcohol drinks are listed in ascending order and have icons denoting them as such.

The original New York location of Death & Co. is only open for evening service and does not list non-alcoholic drinks on its menu. Death & Co. Denver, however, sits inside the lobby of The Ramble Hotel and is open from 7:00 a.m. until 2:00 a.m. “Different properties call for different things,” Buhler says. It remains to be seen what options he’ll offer at the Los Angeles location, which is scheduled to open in September 2019.

When Brown started working in restaurants in the early 2000s, “there was this one vegetable plate that was ubiquitous,” he recalls. “It was basically all the vegetable sides for other dishes thrown onto one plate.” That was what constituted a vegetarian entrée.

As vegetarianism and veganism became more prominent, and hyphenates like “plant-based” infiltrated more culinary conversations, vegetarian main dishes became less of an afterthought. There were, say, two or three per menu, listed under the entrée section, with some indication that they didn’t contain meat. “Now, it just feels like they’re all integrated. Doesn’t it?” Brown says. 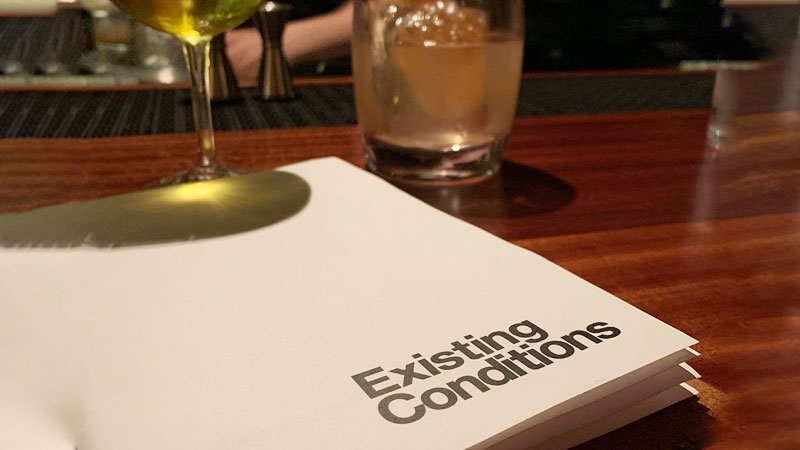 Maybe this is the way things will go with non-alcs. Customers will order a drink after reading the ingredients, alcoholic or not, listed underneath its name. No uncomfortable line of questioning; no clunky transaction. This is perhaps a lot to require of patrons, though, and Trevor Frye, who works with Q Mixers, has seen it go awry. “If there is no distinguishing indicator, like a symbol, things can get messy,” he says. “People often order based on the drink’s name or because they’ve seen it on social media; they don’t read the ingredients.”

While there may not be a one-size-fits-all solution, many bar professionals agree that, at the very least, these drinks should have a place on a bar or restaurant’s printed menu.

As for the terminology: The word “mocktail” casts a long, sugary shadow for some drinkers, but Frye actually doesn’t think it’s so bad. “Using puns in the cocktail world is something we hang our hat on,” he says. He hasn’t encountered much distaste for the term during his travels around the country for work. “Most people I’ve met on the road just think it’s cool that there’s the option, clearly defined on the menu,” he says. “They can just look and order, like everyone else.”

The article Forward-Thinking Bartenders Are Moving Non-Alcoholic Cocktails to the Top of Their Lists appeared first on VinePair.