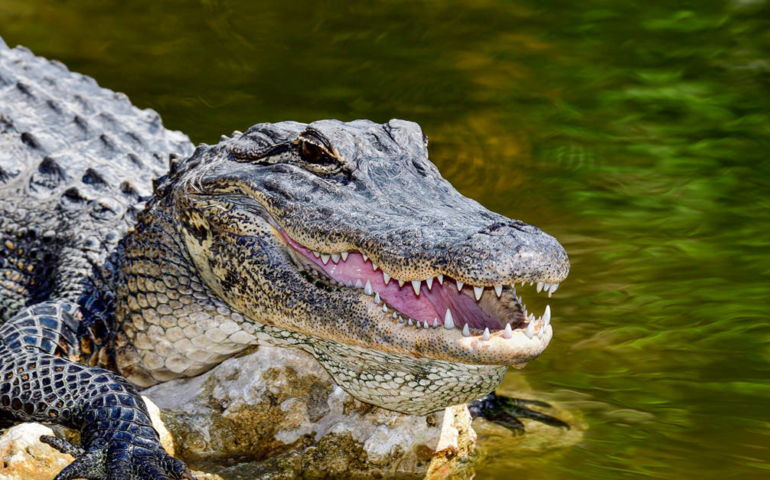 In some of the stranger booze news this week, a Martin County, FL man has been arrested for allegedly pouring beer down an alligator’s mouth in an attempt to coax the creature into biting his arm.

According to USA Today, the Florida Fish and Wildlife Conservation Commission received a complaint in August regarding Noah Osborne, 22, and his friend Timothy Kepke, 27. The report accused Osborne of holding an alligator with his bare hands while Kepke poured beer into the gator’s mouth.

Why the two men decided to serve beer to a large reptile is not really clear, but thankfully, the alligator was released alive.

Osborne and Kepke were arrested over a month later and taken to the Martin County Jail, where they were each charged with one felony count of unlawfully taking an alligator.

The article Florida Man Tries to Serve Beer To An Alligator appeared first on VinePair.