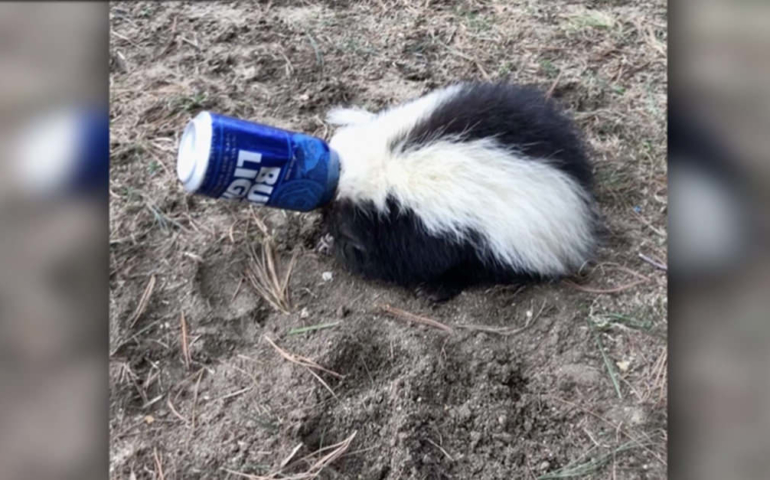 On Thursday in Billerica, Mass., animal control rescued a skunk that got its head stuck in a Bud Light beer can. The little critter changed the meaning of “skunked beer” forever.

According to local Boston news station WHDH 7 News, the skunk needed “an intervention” when it found itself over its head in Bud Light.

The skunk was taken to the Tufts Wildlife Center in North Grafton, Mass., where it was sedated “in order to safely remove the can from the head of the animal,” WHDH reports. The skunk will be monitored “for a few days” before it is released.

The article Drunk as a Skunk: Animal Control Rescues Critter Stuck in Bud Light Can appeared first on VinePair.