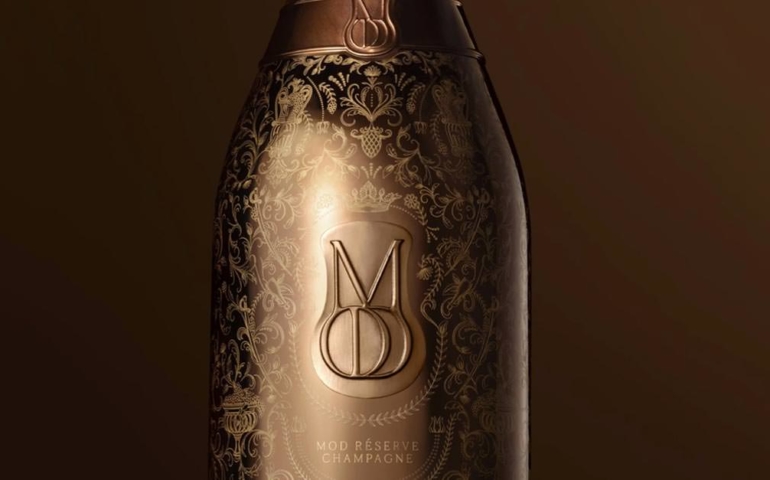 Canadian rapper Aubrey “Drake” Graham made good on his Instagram handle recently with the launch of a new Champagne brand, Mod Sélection. The singer, known on the social media platform as “@champagnepapi,” teamed up with California drinks entrepreneur Brent Hocking to release the range, the Drinks Business reports.

Mod Sélection’s range currently includes two non-vintage offerings: Mod Réserve Champagne ($300) and Mod Rosé Champagne ($400), both available for pre-order in 750ml bottles. Magnums and Jeroboams are in the works, according to a press release, as are vintage bottlings, a blanc de blancs, and a blanc de noirs.

According to Mod Sélection’s website, the Champagne house has a “legacy dating back to 1892,” and has produced Champagne in an “exclusive enclave of the Vallée de la Marne for over five generations.” Previously, however, its wine was only available to the “political and industry elite,” Mod Sélection claims, and this will be the first time it is available to the public.

On the production techniques for its Champagne, the house says it “practices minimal interventional throughout harvest, press, and production, ensuring the purest display of balance and terroir in every cuvée. Only grapes demonstrating optimal levels of sugar, acidity, and maturity are selected for press.”

Drake and Hocking previously collaborated to launch Virginia Black Whiskey in 2016. The duo’s Champagne will be distributed through Southern Glazer’s Wine & Spirits. Hocking’s entry into the spirits industry came in 2008, when he founded DeLeón Tequila. He later sold the tequila brand to Diageo and Sean “P Diddy” Combs in 2014.

SGWS is excited to be the exclusive distributor of @champagnepapi’s (aka #Drake) Mod Sélection Champagne in the United States and Canada! Here’s what Drake had to say about the portfolio in a special message exclusively for the #SGWS team. Customers, ask your local sales rep about trying Mod Sélection Réserve and Mod Sélection Rosé, the first two releases from the brand! 🥂🍾 Visit the link in our bio to learn more. @modselectionchampagne #champagne #modselection #modchampagne #rose #modrose #bubbly #champagnepapi #drizzy #cheers