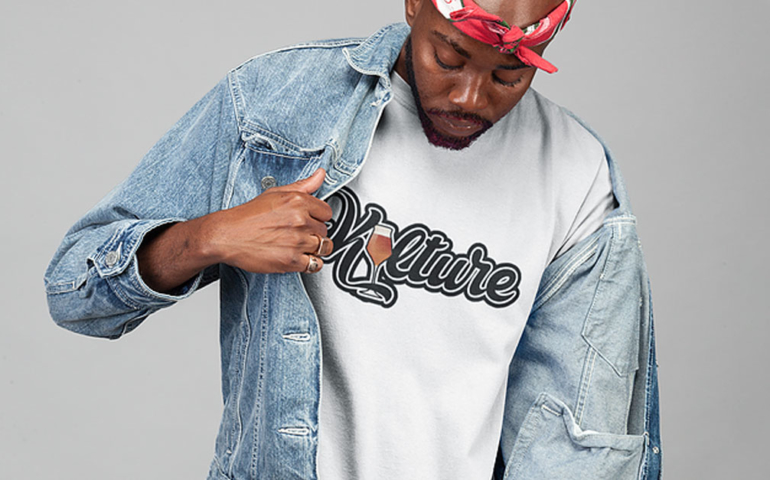 They can’t afford “good” beer. They most certainly aren’t fond of the taste. And if they’re going to buy a 6-pack or bottle to bring home from their local package store, they will inevitably choose cheap malt liquor, a 40-ounce, Corona, or Heineken.

These are all things Dom Cook, founder of Beer Kulture, a lifestyle brand that merges black culture with beer, heard repeatedly as he forged his way into the industry seven years ago.

“When I first started chasing after the dream of working in the industry, I would go into breweries and they would take one look at me and shoo me out the door,” he says.

In St. Petersburg, Fla., where Cook lives and is from, he worked various positions to learn the ropes: distributor, sales representative, tap room attendant, and brewery tour guide. Time and time again, he found that he had to put in more work and overcome more obstacles than his white colleagues.

“It’s a white industry,” he says. “An industry that doesn’t focus on other people.”

Since then, and since Beer Kulture’s genesis in 2017, Cook shifted away from working directly in the industry. He now occupies a space that feels more fruitful and authentic for him personally: where beer culture intersects with blackness.

Beer Kulture hosts events such as paint and sips, and kickbacks with St. Petersburg restaurants and lounges. It also creates and sells custom apparel, mainly T-shirts and tanks. The company’s mission and messaging catapults away from the status quo of American beer culture, which Cook believes leaves out black people and other marginalized beer drinkers.

According to the Brewers Association, from 2015 to 2018, 81 percent of new craft beer drinkers were white, and 19 percent were black, Latino, Native, or Asian.

“There is an overrepresentation of white folks on both the production and the consumption side,” J. Nikol Jackson-Beckham, a professor at Randolph College and the Brewers Association’s diversity ambassador, told NPR’s The Salt in August 2018.

Mike Potter, who co-founded Fresh Fest, the country’s first black brew festival, estimates on NPR that less than 1 percent of America’s 6,300-plus independent breweries are black-owned.

“African Americans have been culturally excluded from a huge range of things, and craft brewing just happens to be one of them,” Garrett Oliver, Brooklyn Brewery’s brewmaster, told USA Today in February 2018.

Cook credits Guinness with helping him learn to truly love beer. He had come across a copy of “The Search for God and Guinness: A Biography of the Beer that Changed the World,” a book that tells the storied history of Guinness and its founding.

He was so intrigued by the history that he had to try the beer. Upon first sip, he hated it. He resolved to keep trying. Each day, for weeks, he’d drink another. A Guinness a day, he silently challenged himself. With each try, he began to taste different flavor profiles.

This experience opened him up to the entire new sensory world of tasting and drinking beer, one he wanted to share. One he poured into Beer Kulture and used to fuel his own definition of “good beer.”

Good beer, according to Cook, is not dependent on ABV. It has an aroma to it. Good beer can be paired with food, or a certain vibe or environment.

“Good beer is flavorful beer,” he says. “Bad beer is malt liquor that is mass produced in large quantities with a high alcohol content that tastes like crap.”

Beer Kulture organizes events, creates and sells custom apparel, and is releasing a book titled, “This Ain’t The Beer That You’re Used To.” Credit: Beerkulture.com

The hardest obstacle Cook faces in his work with Beer Kulture, he says, is changing the minds of people who look like him.

“When you grow up in the inner city and the urban landscape, you have a certain view of what beer is,” Cook says. “A lot of people have no idea that beer is very broad in the range of tastes, aromas, and appearances. So it’s looked down upon.”

Accessibility can be an issue for generating enthusiasm for better-quality beer among some people of color. So can marketing. When the majority of the marketing and advertising neither appeals to people who look like you, nor has you as its average consumer in mind, it can be an implicit deterrent.

The “drink local” refrain that echoes in craft beer industry circles has an obvious blindspot, Cook says. “Sometimes you have craft breweries that gentrify neighborhoods,” he says. “They won’t market their beer to that neighborhood.”

And so being local isn’t inherently good, Cook says, nor does it always appeal to black drinkers.

“It’s bigger than local,” he says. “We’re looking for… substance. Breweries that are about action, inclusion, diversity, giving back to the community.”

In 2019, Beer Kulture is releasing a book that acts as a Beer 101 primer for those who know next to nothing about beer but would like to. Cook, along with his team of three others, will continue to do what they do, all for the culture.