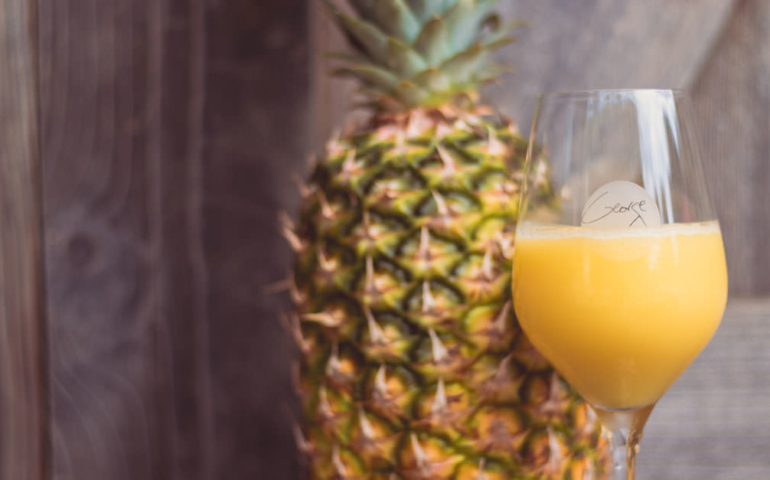 Outrageous crowds, unbearable heat, and ridiculous prices; a trip to Disney World can, at times, make it hard to remember exactly how it came to be known as “The Happiest Place On Earth.” If there’s one thing that’s guaranteed to put a smile on your face, however, it’s the Dole Whip; a creamy, soft-serve cup of pineapple goodness.

Now, Disney’s iconic frozen treat just got a boozy upgrade, thanks to the good folks at Wine Bar George. Starting Saturday, March 30, the Disney Springs bar will be offering Dole Whip mimosas and Dole Whip Froscatos as part of its weekend brunch menu.

The Dole Whip mimosa combines pineapple juice, Moscato, and Prosecco, while the Dole Whip Froscato pairs Moscato, vodka, and pineapple in a boozy slushy, for those who prefer their cocktails frozen. (According to those who are lucky enough to have tasted it already, it packs a serious punch.)

Want to know the best part of all? Wine Bar George is located inside Disney Springs, which is part of the Walt Disney World Resort but lies outside the park itself. This means you can sip spiked Dole Whips to your heart’s desire without having to deal with the theme park’s crowds and queues.