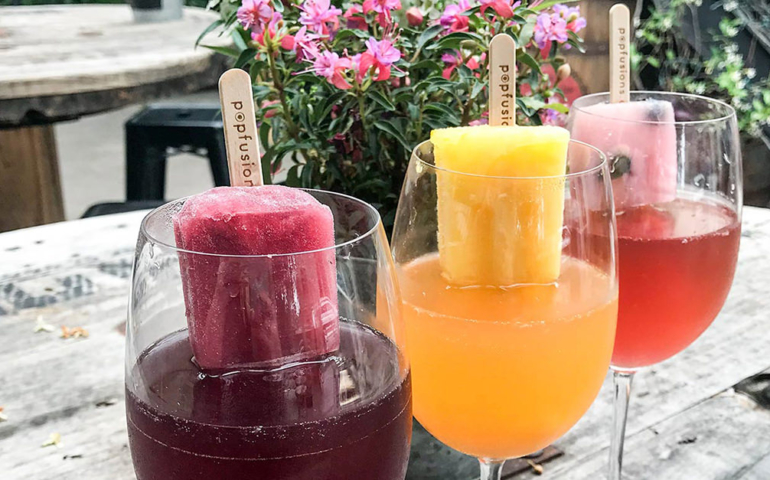 The cocktail popsicles, made with fruit and wine by Florida’s Pop Fusions, are available at the Via Napoli beverage and snack cart in three flavors: Sparkling Strawberry, Berry Sangria, and Limoncello. The latter is available exclusively at Via Napoli.

Although Disney is calling them cocktail popsicles, Pop Fusions denotes the products as “gourmet wine pops.” The pops are made using locally sourced fruit, and wine from Flordia’s Island Grove Wine Company, according to the website. The pops are also gluten, dairy, nut, and soy free.

Ashley, another commenter, says her family owns Pop Fusions, and that they are “over-the-moon” to see their pops in Epcot.