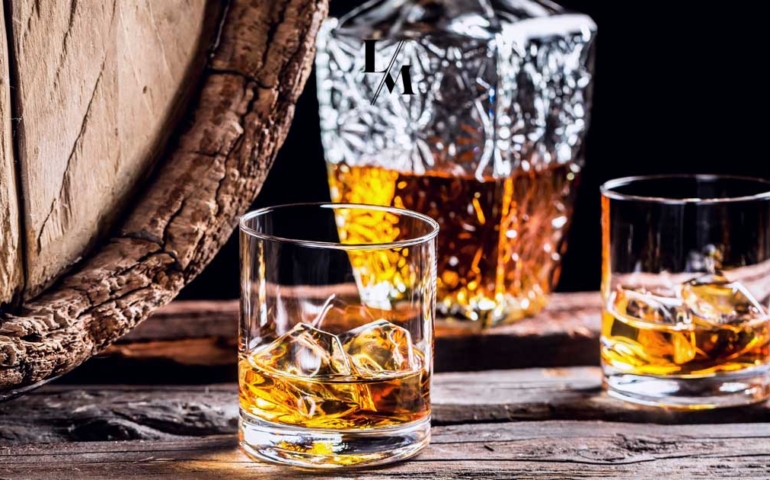 Having a glass of brandy, cognac, whisky and additional whiskey in a bar, a family supper or any party is a typical sight for every one of us.

Nonetheless, if some of them were to be asked what specific beverage they were having, there would be plume drop (we don’t do stick drop any more) quietness.

So what is the major ordeal pretty much all these soul drinks and their names? What is whisky, cognac and brandy? What makes them not quite the same as one another? Also, for what reason would you incline toward one to the next?

The name ‘brandy’ comes from the Dutch “branwijn”, which means “burnt wine.” Brandy is an spirit beverage distilled from wine or fermented fruit juice.

Typically distilled from wine, brandy is aged in old casks for a period of up to 2-3 years to achieve and alcohol volume of 40%. However, while some brandy are aged in wooden casks, others have caramel put into it to give it its brown colour, and some are still aged even after adding caramel.

Whisky is a spirit distilled from fermented grain mash. The main grain varieties used are in the production of whisky include wheat, rye, barley, and corn.The liquor is aged in wooden barrels after distillation. Whiskey is made all over the world with the most popular being Scotland, Ireland, Canada, & America.

Bourbon is whisky distilled in the United States of America. Its name comes from Bourbon County, Kentucky, from where it originated.  Also aged in oak barrels, it is free from any artificial colouring or additives.

Cognac is French brandy which is made from special grapes that are grown in the specified region of Cognac (from where it gets its name) in France. It is distilled in pot stills and must be at least 40% proof. It has to meet certain legal requirements in production methods known as Appellation d’origine contrôlée.

Difference Between Brandy and Cognac

The very first thing to note about both alcoholic beverages is that all cognac is brandy, but not all brandy is cognac.

The most pioneering difference between both of them is that brandy is distilled from wine or fermented fruit juice while cognac is a French brandy which is made from special grapes grown in Cognac.

Cognacs are usually expensive as they are higher quality brandy distilled from special grapes while brandy is usually on the cheap side and may not be produced by some brand or trademark alcohol maker. The price of brandy is in line with how long it has been aged for. Cognac is expensive because of the distillation and ageing process that follows its production.

Due to its high quality, cognac is considered a much more premium spirit than brandy, which in most cases are not exceptional.

Aside from fermented wine, brandy can also be made from apples, pears and other sweet fruits. Cognac, on the other hand, is the brand name for spirits made from Ugni Blanc grapes that are grown in the Cognac region of France. To bear the name Cognac, it meets certain legal requirements with respect to production methods. Brandy can be made in any country of the world, whereas cognac must be made in France alone, and MUST come from the French Cognac region.

There is no particular ageing period for brandy as it can be aged from one year to three or even more, depending on the production house. Cognacs are aged at least two years in French oak barrels and it can be aged up to twenty-five years too.

Difference between Whisky and Bourbon

Whisky is made all over the world with the more popular countries being Scotland, Ireland, Canada and America. Bourbon, on the other hand, is whisky made only in the US, with most coming from the states of Kentucky and Tennessee. Tennessee Whiskeys, however, don’t use the name Bourbon on their label.

Whisky is made from different grain mash which includes barley, rye, wheat while bourbon makes use of 51% of corn grains in its production.

Bourbon is also stored in new charred-oak barrels, whereas whisky barrels, although they must be oak, do not necessarily need to be new or charred.

One underlining fact is that even though other whiskies may adhere to the same recipe and distillation guidelines, they cannot qualify as bourbon once made outside the USA.

Whereas most whisky produced in America are called bourbon, whiskey made in Tennessee categorizes itself as different from bourbon.

The legal requirements for whiskey to be called Tennessee Whiskey are that the whiskey should be:

Jack Daniel’s, one of the largest whiskey producers in the world is referred to as a Tennessee whiskey as it follows the above processes. The company were highly instrumental in getting the state legislature to create such stringent requirements for labeling Tennessee Whiskey.

However, UK-based Diageo, which is one of the major producers of whiskey in the state and owns Tennessee’s No. 2 whiskey distiller George Dickel, oppose these criteria and are lobbying to have them loosened. 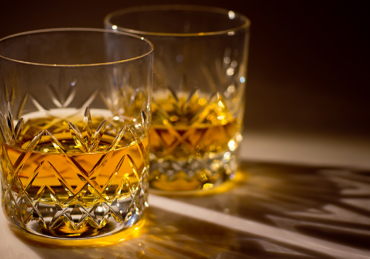 What is the Difference Between Cognac and Whiskey? 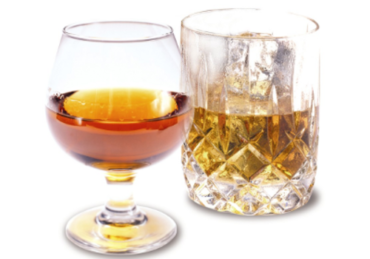 What is the Difference Between Brandy and Whisky