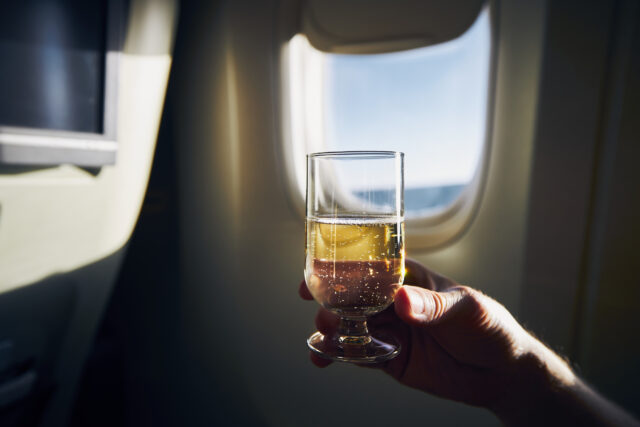 After news airlines including Virgin Atlantic and Easyjet have suspended their in-flight alcohol service, America’s Delta Air Lines has said it will reintroduce wine and beer on certain trips.

The company said that complimentary beer and wine would be served from 2 July for all domestic first-class and Delta comfort+ customers on flights over 500 miles.

Delta removed its alcohol offering on all domestic flights on 25 March in order to “lessen physical touchpoints on board”. When reintroduced, the airline will now offer single-serve bottles of red and white wine, as well as Heineken, Miller Lite, SweetWater 420, and SweetWater IPA.

“We know beer and wine are the adult beverages our customers want most,” she said. “These selections are the first step towards a normalized beverage offering while we continue to keep customer and crew safety at the center of everything we do.”

Bottles and cans will be served on trays “to minimize touchpoints on-board”. Delta has continued to offer complimentary beer, wine, and cocktails to all cabins on long-haul international flights.

Delta spokesperson Olivia Mays told CNN that the decision to reintroduce alcohol had been planned for “over a month”.

“We’re really been focused on figuring out the best way to serve,” she said. “You’re not mixing a drink or throwing lime into a Gin and Tonic. These are what we feel are good first steps.”

Virgin Atlantic told the drinks business last month that it will be enforcing a temporary alcohol ban, after resuming some routes on 20 June. Budget airline Easyjet has also cut-out alcohol and suspended its food service.

British Airways told DB that it has not suspended all alcohol sales, but it has reworked its food and drink offer to reduce contact between passengers and crew. Alcohol will not be available to those flying in its budget class called Euro Traveller.

Other airlines known to have stopped all or part of their alcohol offering include KLM, American Airlines, and Virgin Australia.