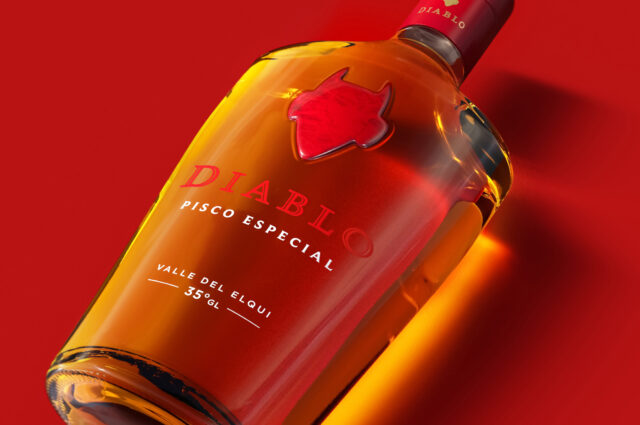 South American wine giant Concha Y Toro has moved into spirits production for the first time in its 137-year history.

The company, which makes Casillero del Diablo, has created a Pisco inspired by the flagship wine label.

Concha Y Toro partnered with branding and packaging design agency, Appartement 103, to expand its portfolio by introducing a premium Pisco into the Chilean market.

“It was a real pleasure to have the chance to work with Appartement 103 team,” Dennis Isaac, head of CyT’s new business development, said.

“From the very beginning, I felt they were more than a packaging design agency, in fact, they were the strategic partner we were looking for to take on this great (and tough) challenge. We took one of our vineyard’s flagship brands “Diablo” into the Spirits world. The project scope was fantastically achieved, Appartement 103 put its creativity and the brand’s DNA together, resulting in a breathtaking outcome, the newborn “Diablo Pisco”.

Pisco is a type of brandy produced in Peru and Chile, although there is some debate over the spirit’s birthplace. It was developed by 16th-century Spanish settlers as an alternative to orujo, a pomace brandy that was being imported from Spain

Chilean Pisco must be made in the country’s two official D.O. regions, Atacama and Coquimbo, established by the government in 1931.

The Diablo Pisco, which has an ABV of 35% and is made in Coquimbo, was first launched in Chile at the start of 2020, and has exceeded expectations and sold over 144,000 bottles since it came to market.

Issac said: “The Pisco category has been ‘premixing’ in recent years, and is also characterized by concentrating on few actors, who distribute much of the market. It is there where we find a space to compete with an innovative proposal, of quality, and at an affordable price. “ 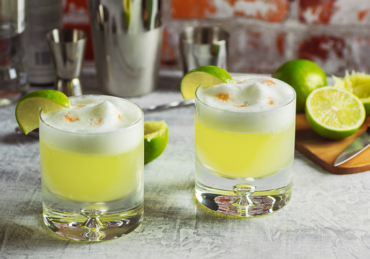 Beyond Pisco: Peru’s Other Distinctive Drinks