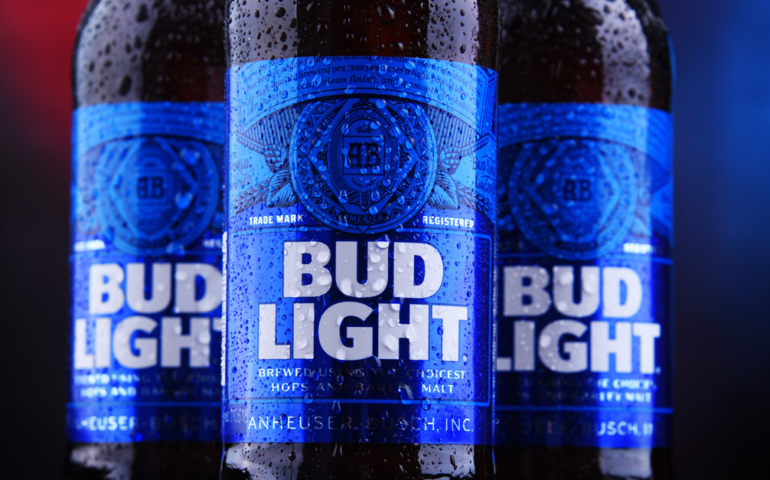 In February 2018, Bud Light made good on its promise to buy beer for Philadelphians of legal drinking age if the Eagles won the Super Bowl. Now, the Anheuser-Busch-owned brand is once again promising free brews to the winning city of next month’s Super Bowl.

The February 3 showdown features the Los Angeles Rams and the New England Patriots and will take place at Atlanta’s Mercedes-Benz Stadium. The game marks a third straight Super Bowl appearance for the Patriots, and their 11th Super Bowl overall — an NFL record.

“You win the Super Bowl,” Bud Light announced in a Sunday night Tweet, “We Bring the Beer.”

.@RamsNFL & @Patriots, congrats on making it to football’s biggest stage. We’re all set to celebrate. Who’s ready to join us? pic.twitter.com/2JpUwPVrV2

According to FOX 11, Anheuser-Busch will offer more details of what it has in store for the victorious city later this week.

If last year’s event is any indication, it will be big on commemorative memorabilia, town criers shouting the brand’s “Dilly, Dilly!” catchphrase, and plenty of cold Bud Light. Depending on your views of the light macro brew, these things may or may not actually be considered a prize for the victorious city.