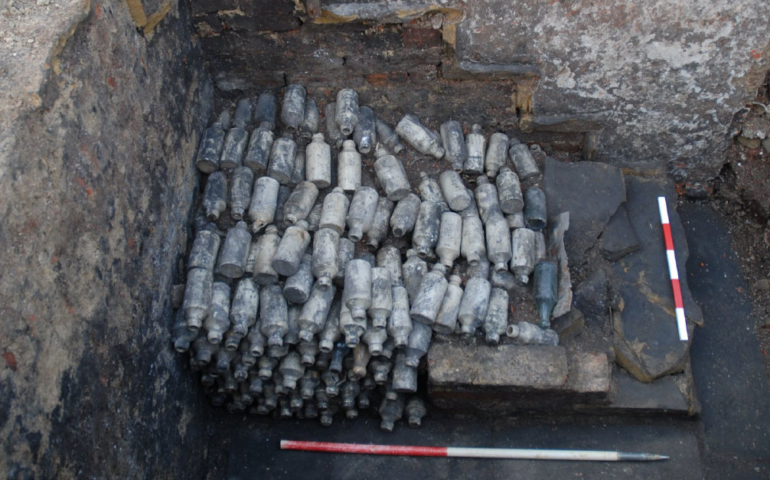 Buried treasure isn’t always the stereotypical chest of gold coins, In the case of a recent British archaeological dig, it turned out to be an enormous stash of beer.

Last month, while digging on the site of the former Tetley’s Brewery, in the Northern English city of Leeds, archaeologists from the West Yorkshire Archaeological Services (WYAS) discovered a neatly-stacked stash of over 600 bottles — many of which were still full, The Drinks Business reports.

While the archaeologists initially thought the bottles contained ginger beer, a lab analysis has since shown that the liquid inside contained 3 percent ABV, equivalent to a typical (but mild) English Session Ale.

The beers, which date from “perhaps the 1880s,” according to WYAS senior project manager David Williams, are collected from a number of historical breweries in the region, including J. E. Richardson of Leeds.

Though many of the bottles were still full, don’t expect them to be popped any time soon.

Testing showed that the beer contained 0.13 mg/l of lead — a dangerously high amount. (The WHO-recommended safe level of lead in water is 0.01 mg/l.) The archaeologists suspect the lead content is likely due to lead pipes in old breweries.

Even if the bottles aren’t potable, they are still educational. When work on the Tetley’s site is finished, Vastint, the company overseeing the development, intends to put them on display as artifacts from daily life in the Victorian era.