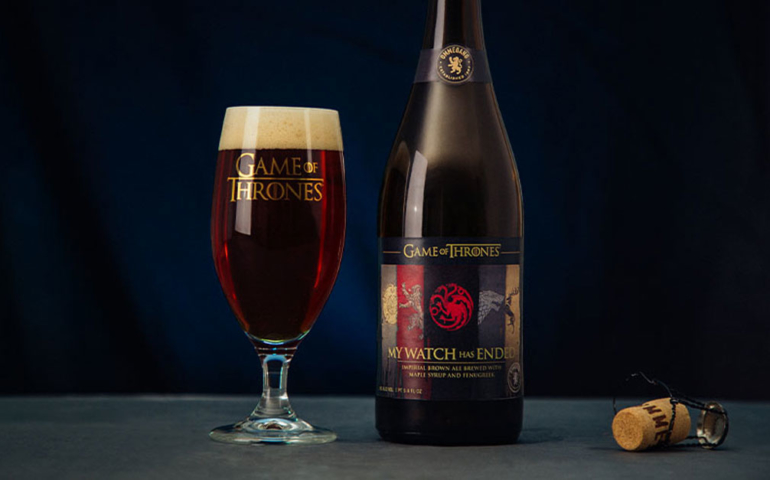 Game of Thrones, the iconic HBO series, is coming to an end. While this is heartbreaking for its many, beer-loving fans of the show at least have this: Brewery Ommegang and HBO are releasing one final GoT-themed beer.

Perfectly named, My Watch Has Ended is an imperial brown ale brewed with maple syrup and fenugreek, an herb whose seeds and leaves are often used in curry. Ommegang says it will make for a fine match with rare grilled steaks, or the warm fire on a cold, wet night as winter approaches. It will be available this fall.

This will be Duvel-owned Ommegang and HBO’s fifteenth and final collaboration, but it’s not exactly the end. The companies are also releasing a Collector’s Edition pack fit for a King or Queen including Take the Black Stout, Fire and Blood Red Ale, and Winter is Here Double Wit, plus a commemorative glass.

“We’ve brewed an amazing array of different beers over the course of this partnership, and it’s been our pleasure to be part of this phenomenal story,” Doug Campbell, president of Brewery Ommegang, said in an announcement. “A tribute to fans everywhere, My Watch Has Ended is a fitting end to the series, and a reflection of the mindset of fans now that this epic story has come to a close. We hope it’s something they’ll enjoy with friends as they reminisce about their favorite episodes and characters.”