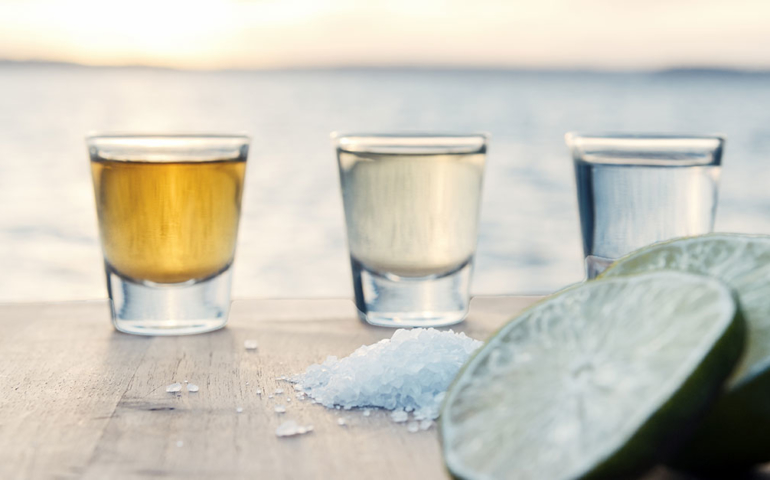 Cristalino tequila is the newest and fastest growing category of tequila in the world, so there’s a very good chance that in the past year or so you’ve come in contact with it as more and more producers begin to make it. Invented in 2011 by Don Julio in honor of its 70th birthday, and appropriately named Don Julio 70, cristalino is an añejo or extra añejo tequila that has been filtered through charcoal, rendering it clear like vodka, even though it was barrel-aged.

When it was originally invented by Don Julio master distiller Enrique de Colsa, the resulting liquid was called añejo claro, and de Colsa had chosen to filter his añejo through charcoal in an effort to bring back the aged spirit’s citrus and fruit notes and crisp agave flavor, as one finds in younger tequilas, while also maintaining caramel, vanilla, and smoothness one tastes in aged tequila.

Oftentimes, añejos can be overpowering with flavors from the barrel, and de Colsa wanted to correct that. At the time, he had no idea the charcoal would also strip the tequila of its color, removing the golden amber shade the liquid picks up from the wood. But it’s that stripping of color that may be the reason cristalino became so popular, so quickly.

Upon its release, the aged, clear tequila was an immediate sensation, especially in Mexico, where it helped shift the consumption of tequila in the country to more than 50 percent female. There are now dozens of cristalinos in the U.S. market, and the style shows no signs of slowing down.

Of course, that doesn’t mean it’s for everyone. Some tequila purists believe stripping an añejo of its wood characteristics, its tannin, and its color is stripping the tequila of exactly what makes it an añejo. If sales are any indication, though, purists are in the minority.

The article Ask Adam: What Is Cristalino Tequila? appeared first on VinePair.