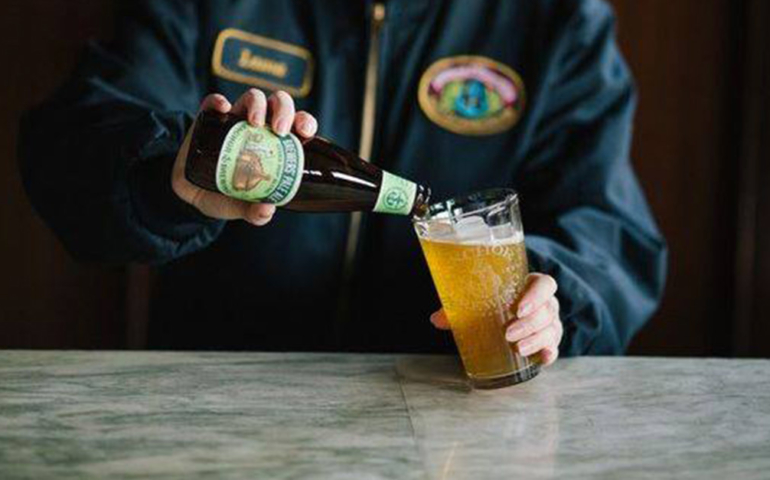 Anchor Brewing emerged victorious after an election on Wednesday, making it one of the first breweries to unionize in the U.S. The brewery staff will form a unit of the International Longshore and Warehouse Union (ILWU) Local 6, representing Bay Area warehouse workers.

“We have joined the union. We are unionized,” Garrett Kelly, Anchor brewer and organizer told VinePair. “I’m thrilled we’re going to have a seat at the bargaining table and have say in determining our future.”

Although headlines repeatedly report Anchor is the first U.S. craft brewery to unionize, the San Francisco-based brand is owned by Sapporo, a Japanese brewery which purchased Anchor in 2017. Sapporo is one of the largest brewing companies in the world.

Nevertheless, it’s a historic moment for the beer industry. It all came to a head on Wednesday, when Anchor organizers counted a 31-16 victory, Kelly told VinePair.

As VinePair reported last month, Anchor employees sought to unionize due to deteriorating working conditions and “corporatization” under Sapporo. Employees also feared that production of its iconic Anchor Steam Beer would be relocated from its San Francisco home to another Sapporo facility.
Anchor, a craft beer pioneer, has been located in San Francisco for almost 150 years.

The brewery has been “a forerunner and innovator in the craft beer space for decades,” Kelly said. “This election and campaign is no exception. We hope to continue to set the standard and lead the way.”

A second election for Anchor Public Taps, a pilot brewery and taproom across the street from the main brewery, is scheduled to take place on March 15.