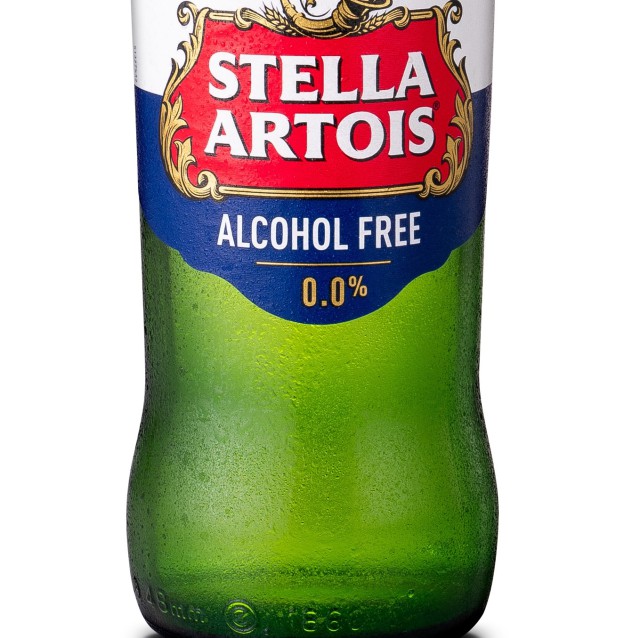 The world’s largest brewer has launched two alcohol-free versions of its best-selling beers; Budweiser Zero, and an alcohol-free Stella Artois.

The Stella is billed as having a “pronounced hoppy bitterness and a crisp, clean and refreshing finish”, with zero alcohol and 60 calories per 330ml bottle.

The Budweiser, meanwhile, which is “brewed with premium Budweiser barley, hop and malt”, also has zero alcohol, but comes in at a lower 46 calories per 330ml can.

AB InBev said last year that it hopes the low and no-alcohol category will make up 20% of its entire product range by 2025.

Stella Artois Alcohol Free already launched in the on-trade earlier this year, but the brewing group said Budweiser Zero will launch once pubs are re-opened.

The alcohol-free beer and cider category has grown 147% since 2015, according to Nielsen data, and although the current coronavirus lockdown has eroded drinks giants Diageo and Pernod Ricard’s sales, low alcohol beer seems to be weathering the storm well.

In the four weeks to 11 April, sales of low alcohol and alcohol-free beer grew by 14.8% in the UK, according to Nielsen Scantrack data, showing the appetite is still there while consumers are drinking at home instead of going to the pub. Luke Boase, the founder of 0.5% pilsner brand Lucky Saint, has said his online sales have grown 300% since lockdown started. Although, granted, this won’t be enough just yet to offset the losses of launching on draught in 50 pubs and bars at the start of the year, all of which are now unable to open expect for takeaway and delivery.

It’s a similar story for the brands producing alcohol-free and low ABV spirits. The Clean Liquor Co, an “ultra low-ABV gin alternative” that was launched by former Made in Chelsea star Spencer Matthews last year, has reported a 52% lift in sales within the past few weeks.

Investments had slowed down once Boris Johnson announced the closure of bars and pubs in the UK, but the brewer ended up exceeding its £500,000 target, raising £617,000 by the end of March. One of its most prominent investors is Mark Hunter, the former chief executive of Molson Coors, who has taken on an advisory role with Big Drop.

Hunter, alongside David Wither, founder and chairman of the Montpelier Group, has also recently invested in Genius Brewing, a “craft lager” that is 3% ABV and is billed as “the UK’s first light craft lager.”

When the investment was announced, the former Molson Coors boss said there’s “a lot of great work happening in the No & Low alcohol space and Genius Brewing is a brand that is paying attention to the evolving lifestyle changes of drinkers all over the world.

“Its light craft lager delivers on taste and allows drinkers to enjoy one of life’s pleasures without compromise.”