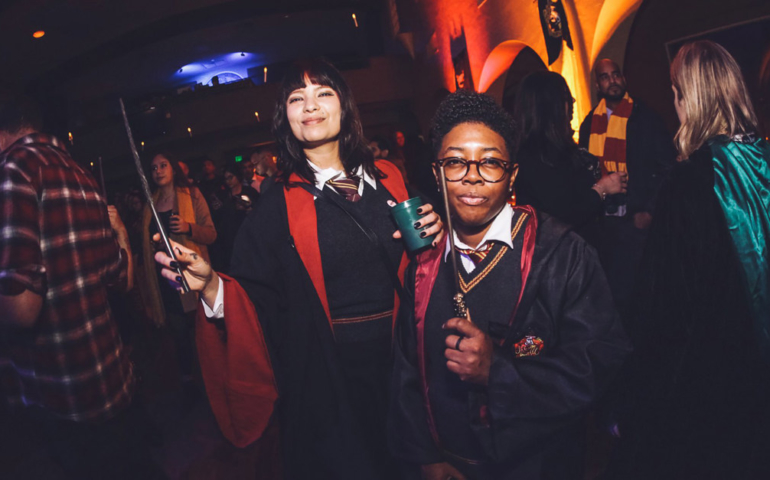 The growing trend of pop-up bars shows no sign of slowing in America. From our favorite childhood pastimes to movies and TV shows, themed pop-up bars are surfacing across the country. Harry Potter is the latest theme to receive the pop-up treatment, with a festival featuring adult Butter Beer, character photo ops, and live music from DJ Dumbledore touring the nation.

Hosted by Rock Star Beer Festivals, an events company that organizes “high-energy” beer experiences), there are currently 11 Potter-themed beer pop-ups planned between now through the end of March. The events will land in six cities around the country: Las Vegas; Portland, Ore.; Denver; Phoenix; Seattle; and Indianapolis.

The Harry Potter Inspired Beer Festival includes a tasting with a rich selection of winter, pumpkin, and holiday ales. Rock Star will transform venue spaces in each city to mimic the wizarding world, recreating famous Harry Potter locations like the Hogwarts Great Hall, Diagon Alley, and the Leaky Cauldron.

Tickets are on sale through Rock Star’s Facebook page for $35 per person.