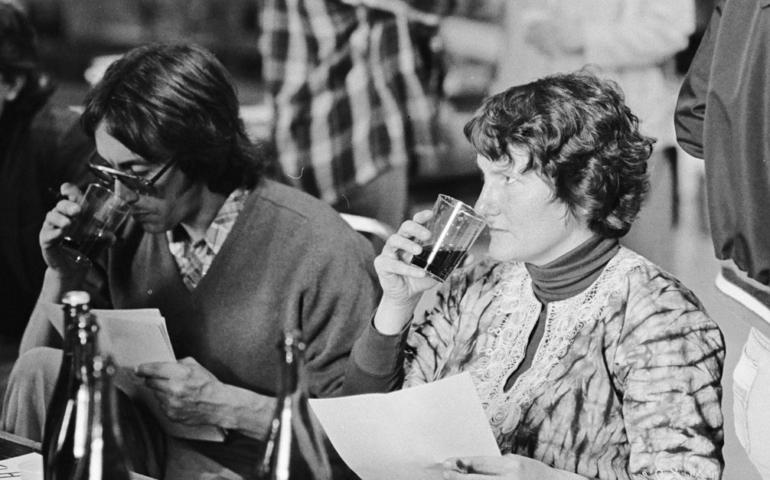 Homebrewing wasn’t legal in all 50 states until 2013. (Alabama and Mississippi were the last to take the plunge.) Of course, this was 35 years after homebrewing was federally legalized, and 80 years after the 1933 repeal of Prohibition. In a country as large and diverse as America, change sometimes takes longer than we’d like.

Over the last half-century, homebrewers have been “stretching the boundaries of what people have thought of as beer,” Gary Glass, director of the American Homebrewers Association, says. “Now in the United States, we have a wider variety of styles than is brewed anywhere else in the world. That’s a direct result of the homebrew community that we have here.”

Brewing beer at home is not only a stepping stone for professional brewers, it is the very foundation on which the craft beer industry is built.

According to Glass, homebrewing began in America when English colonists first settled in the New World. “Pilgrims on the Mayflower landed well north of their destination because they’d run out of beer,” Glass says.

However, far before Europeans arrived, studies show indigenous peoples in Mexico were using grass akin to modern maize to make beer, as well as “over forty different alcoholic beverages [from] . . . a variety of plant substances, such as honey, palm sap, wild plum, and pineapple.” Indigenous people were, indeed, the first “home” brewers in the Americas.

In December 2018, the American Homebrewers Association (AHA), a national organization devoted to supporting amateur brewers, was founded by Charlie Papazian. Called the “Godfather of Homebrewing” in industry circles, Papazian is also credited with founding the Brewers Association (BA) and Great American Beer Festival (GABF). He wrote “The Complete Joy of Homebrewing,” which taught many professional brewers their craft.

In 1979, the AHA hosted the first National Homebrewing Competition, still the largest homebrewing competition in the world. That year, it had 34 entries. In 2018, it received more than 8,405 beers.

Thankfully, homebrewing is more visible today than ever before, with hobbyists and Hill staffers competing and garnering attention for their creative, boundary-pushing recipes. (Heck, even the White House had its own homebrew during the Obama years.)

Glass believes homebrewers play a “critical role.” They provide us with “something very much unique to American beer culture,” he says.