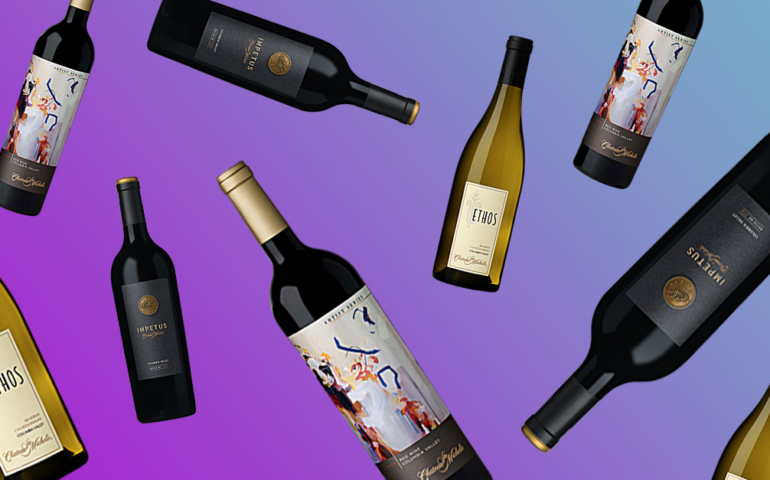 Chateau Ste. Michelle is more than just the largest winery in America’s second-largest wine-producing state. In many ways, it has defined and supported Washington State wine over the last 50 years. The label established many of the now-favored growing regions in the state, and helped create a national and global market for Washington wine.

It wasn’t always such a leader, though. From berry-soaked beginnings to record-setting Rieslings, here are nine things you should know about Chateau Ste. Michelle.

It all started with fruit.

Pommerelle, one of the forerunners of Chateau Ste. Michelle, got its start in the 1930s by making a variety of fruit wines from Washington-grown blackberries, loganberries, and black currants. It later merged with National Wine Company to become American Wine Growers in 1954, the same year it first released varietal Grenache from Washington.

A Napa legend helped it find its footing.

After iconic winemaker and consultant André Tchelistcheff retired from Napa’s Beaulieu Vineyards, he found his way to Washington in 1967. Eventually, Tchelistcheff consulted with American Wine Growers on its nascent “Ste. Michelle” wines, and encouraged it to focus on cooler-climate white grapes like Riesling and Gewürztraminer.

Judgement of Paris? Try the Battle of Los Angeles.

While the 1976 Judgement of Paris put Napa Valley on the map, it was the Los Angeles Times’s 1974 blind tasting of 19 Rieslings from around the world that first showed the world American wineries could compete globally. Ste. Michelle’s 1972 bottling came in first place, at a time when Riesling was easily the most popular variety in America.

For years, Chateau Ste. Michelle has been bringing some of the world’s best winemakers to Washington State: from the Eroica line of Rieslings made in conjunction with Ernst Loosen of Germany’s Mosel Valley, to Col Solare, a single-vineyard Cabernet Sauvignon made with Tuscany’s Piero Antinori, collaboration is a critical part of the company’s ethos. Recently, it joined forces with Rhône winemaker Michel Gassier to create Tenet Wines, which explores the potential for Syrah and other Rhône varieties in Washington.

The chateau is a real place, first built in 1976 and massively renovated in 2018. It offers tours and tastings, is home to all the label’s white wine production, and hosts an immensely popular concert series each year. Previous acts have included Bob Dylan, Paul Simon, and John Legend, among many others.

Beasting on the Riesling? You have Chateau Ste. Michelle to thank.

Chateau Ste. Michelle is the single largest producer of Riesling in the whole dang world. Each year, the label makes over 500,000 cases of its Columbia Valley Riesling, which can be found in all 50 states and over 100 countries.

Grape diversity is very much a thing here.

Reflecting the wide range of growing conditions within Washington State, Chateau Ste. Michelle produces a dizzying array of wines: the aforementioned Riesling, Chardonnay, Sauvignon Blanc, small lots of Chenin Blanc and Pinot Gris, plus reds made from all the Bordeaux varietals, including Syrah, Grenache, and more.

The family is big, and it is talented.

Chateau Ste. Michelle has a vast network of former employees who now have their own wineries, a trend that started very early in its history. Iconic Washington wineries like Januik, Betz, Fidelitas, Long Shadows, and dozens more can trace their origins at least in part to Chateau Ste. Michelle.

Its school is in session.

The article 9 Things You Should Know About Chateau Ste. Michelle Winery appeared first on VinePair.