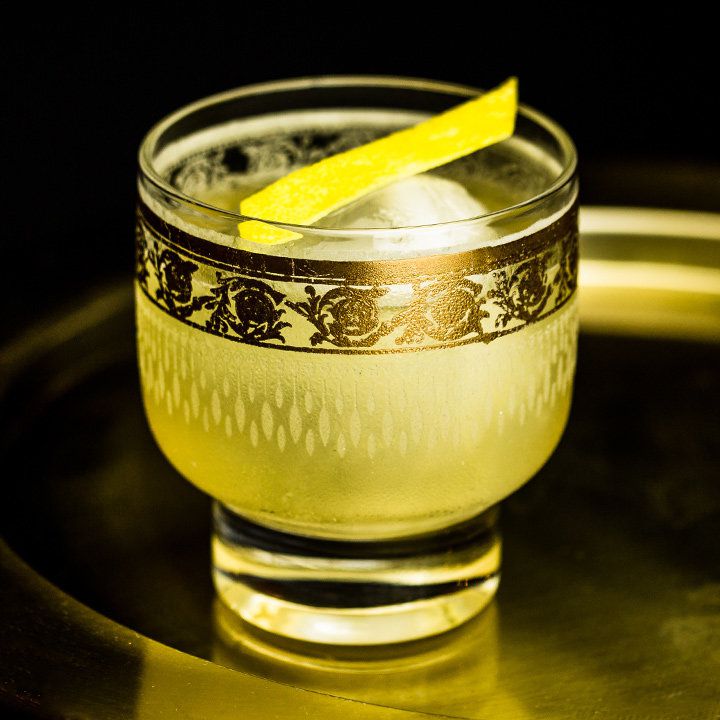 The sour, requiring just three ingredients, is one of the simplest types of cocktails to make and also among the easiest to riff on. The standard sour template consists of a spirit, a sweetener, and a citrus juice, which contributes to the “sour” element. The first known written recipe for a sour appears in American bartender Jerry Thomas’ 1862 book, “The Bartender’s Guide,” which has recipes for a Brandy Sour, Gin Sour and Santa Cruz (a rum sour), but the sour had existed as a cocktail format for perhaps a couple hundred years before it first appeared in print.

The sour, a derivative of punch, was first created on British naval ships as early as the 1600s. In those days, scurvy, a disease linked to vitamin C deficiency, often plagued sailors at sea. They eventually discovered that ingesting citrus would help prevent this painful disease. To that end, sailors would cut their rum rations with citrus and a little bit of water to both make the rum more palatable and deter the scurvy. This Daiquiri-adjacent mix became known as grog and was the foundation for the sour cocktail that we know today.

If you’ve had a Whiskey Sour or Gimlet, then you’re familiar with this style of cocktail. These are nine essential sours to add to your cocktail repertoire.

The Pisco Sour, made with the floral spirit pisco, a South American brandy from Chile and Peru, is the national drink of Peru for good reason: It’s simple, refreshing and one of the most underrated classic sours in the cocktail canon. Pisco can be made from a variety of grapes, classified as either aromatic or nonaromatic, meaning that the specific pisco you use for your Pisco Sour will greatly influence its flavor. The cocktail is typically also shaken with egg white, creating a frothy head that’s often garnished with aromatic bitters.

Amaretto is an Italian liqueur typically flavored with almonds or apricot stones, and the iterations of this sour made with store-bought sweet-and-sour mix during the disco era were cloyingly sweet and unpalatable. Contemporary cocktail bartenders, however, recognized this drink’s potential and have revamped it to be more balanced. This version splits the nutty, sweet amaretto with a cask-proof bourbon and then adds fresh lemon juice, simple syrup, and an egg white. It’s still pleasantly sweet without being overwhelmingly so, making it the perfect nightcap.

Forget the frozen beach-resort concoctions. The classic Daiquiri—shaken, not blended—is perhaps more appreciated by bartenders than anything else. A true Daiquiri comprises just three ingredients: an aged white rum (although other types are also acceptable), fresh lime juice, and simple syrup or, even better, cane syrup. Pro tip: Try shaking the ingredients together with one large cube rather than several smaller ones. A better texture will result, making for an extraordinary sour.

Created at New York City’s famed Milk & Honey, the Gold Rush almost immediately came to be considered a modern classic. It’s a close relative to the Bee’s Knees, except bourbon takes the place of gin in this simple whiskey-based version of a sour. Many Whiskey Sours are shaken with an egg white, which adds a frothy, silky texture to the cocktail and serves as an emulsifying agent, but the Gold Rush ditches the egg white and lets the bourbon, lemon juice, and honey syrup shine on their own.

If you substitute gin for the rum in a Daiquiri, you’ll get a Gimlet. The same rules apply for making a stellar Gimlet as for a Daiquiri: You’ll need to use a quality base spirit, fresh lime juice, and a well-made sweetener. Your choice of gin can greatly influence the flavors in this cocktail as well, so whether you prefer gins with varying botanicals or a more classic London dry, you’ll want to choose with care.

A splash of red wine adds a fun element to this simple twist on a Whiskey Sour. The magic of physics and density allows the wine to if properly poured, float atop the whiskey, lemon juice, and simple syrup mixture and beneath the frothy head formed by the egg white or aquafaba if used. Not just appealing for its visual flair, the small amount of wine adds a fruity, tannic burst to each sip of the drink.

At first glance, it’s nearly identical to its sibling, the Gimlet, but this sour stands on its own with lemon juice instead of lime added to the gin and simple syrup, as well as an optional addition of egg white or aquafaba to add foamy texture. Decorate the froth with a few drops of Angostura bitters for an aromatic garnish or with a lemon twist if you prefer to forego the foam.

Check out9 Cocktails from the 1920s Worth Your Attention

The classic Margarita recipe of tequila, orange liqueur, and lime juice gets a tweak in this variation created in the 1990s at Tommy’s Mexican Restaurant in San Francisco and has since spread around the world. In this version, agave nectar replaces the orange liqueur, making for a brighter cleaner-flavored Margarita that still retains plenty of citrusy kick.

Cocktail staple grenadine serves as the unexpected sweetener in this pre-Prohibition drink, lending a rosy hue to the combination of rye whiskey and lemon and orange juices. You can certainly purchase a premixed bottle of pomegranate-flavored syrup, but making your own will be more rewarding and likely lead to a more flavorful cocktail. 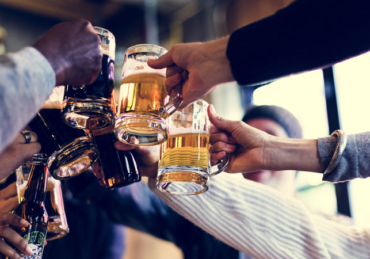 Hop Take: We Need to Talk About Beer Diversity Differently