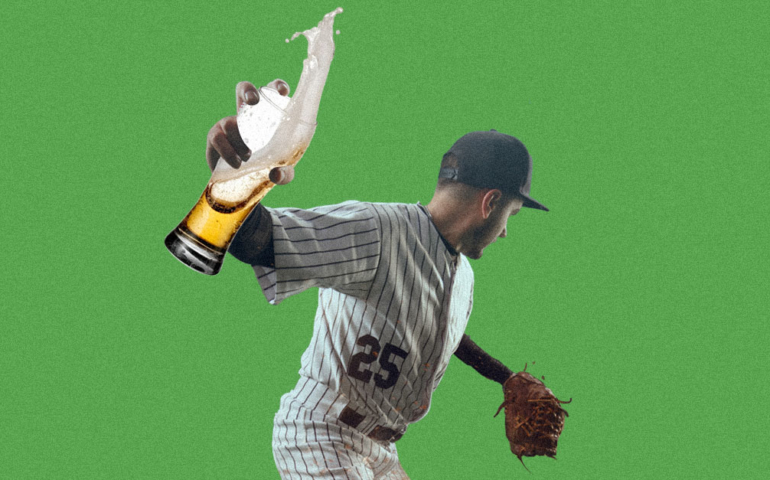 It’s is gearing up to be an exciting baseball season — at least for beer lovers. In the past week, Boulevard Brewing and Yuengling announced official partnerships with Major League Baseball players, the first and second of their kind since a lift in advertising bans last year.

A number of big beer brands are also launching official MLB- and stadium-branded collaborations, from MillerCoors’ Terrapin, to Boston Beer’s Samuel Adams, to Anheuser-Busch’s Blue Point, Devils Backbone, and Karbach. Smaller, independent breweries are less able to fund partnerships like these, but many stadiums are offering more craft options, such as Wrigley Field, which announced a brand-new beer list this year including brands from Three Floyds, Begyle, and Half Acre.

Below are nine ballpark beers to look out for in the 2019 season.

Terrapin’s Chopsecutioner is a ballpark-inspired version of its Hopsecutioner IPA, aged on the same wood used to make Mizuno baseball bats. Don’t let the wood chips mislead you, though — the beer is a citrusy, sessionable IPA, with light-oak character.

In December 2017, Boston Beer bumped Budweiser as the official beer sponsor of the Boston Red Sox. As a result, any Samuel Adams beer you drink will support the partnership. Sam ‘76 is a particularly refreshing ale-lager hybrid that pairs great with an extra inning.

In January 2019, Houston’s Karbach Brewing announced a partnership with the Astros Foundation to create its first official beer for baseball fans. Named Crawford Bock, after Minute Maid Park’s “Crawford Boxes” seating section, this ballpark beer is more flavorful than most, brewed in Texas’s time-honored bock tradition. The dark but light-bodied auburn beer has rich notes of caramel and toasted brown bread on the nose, followed by a light, slightly sweet taste.

Once again, Boulevard Brewing will release ¡Vamos!, its Mexican-style lager brewed in partnership with the Kansas City Royals. Boulevard inked a deal with the team in 2017, becoming one of the first craft breweries to be an official ballpark beer partner.

On March 26, 2019, Boulevard announced another deal with the Kanasas City Royals, this time with second baseman White Merrifield. As part of the partnership, Merrifield will promote Unfiltered Wheat, Boulevard’s flagship wheat beer, in a push that includes rebranded packaging and a regional television campaign.

Mikkeller NYC, an offshoot of the global Mikkeller beer brand, opened a brewery at Flushing, N.Y.’s Citi Field in March 2018. Mikkeller offers its baseball-themed Henry Hops IPA and Say Hey Sally Pilsner exclusively in the stadium and at its attached brewery at Citi Field. In 2019, it’s also offering a rotating selection of seasonal brews, including Can I Get A Wit Wit?, Queensfisher light lager, and Subway Mosaic IPA.

Additionally, Goose Island and Citizens Bank Park will debut a special collaboration beer, Bullpen Session, available on draft at Goose Island at the Park and the Goose Island Brewhouse in Philadelphia.

Brewed in honor of Hall of Famer Tony Gwynn, AleSmith’s San Diego Pale Ale .394 references the baseball legend’s batting average. According to the brewery, Gwynn asked AleSmith to brew “a signature hoppy pale ale” in his honor in 2014. After Gwynn’s passing that year, AleSmith raised funds to open a Tony Gwynn Museum at the brewery in 2016.

The article 9 Official Baseball Beers to Drink While You Root, Root, Root for Your Home Team appeared first on VinePair.