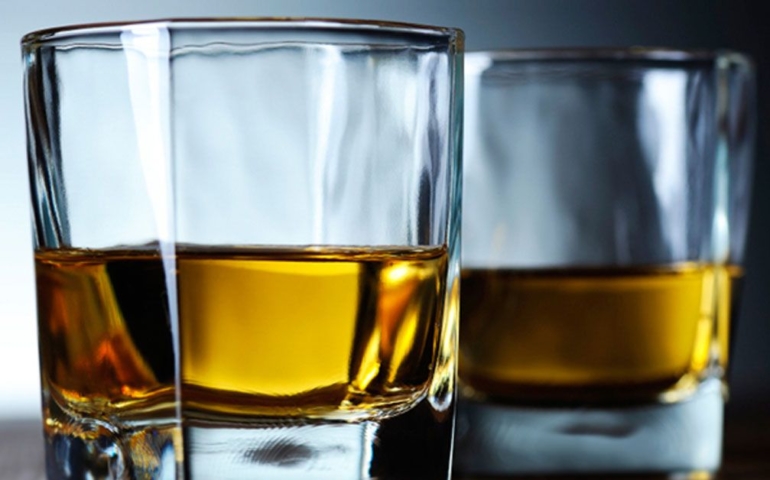 Have you ever wondered whether or not absinthe is actually hallucinogenic? Or whether Jameson is really only ordered by Catholic drinkers and Bushmills by Protestants?

No need to wonder anymore—or to be afraid of looking foolish by ordering the wrong thing. With the help of spirits experts and all-star bartenders around the world, we’ve been able to get to the bottom of nine common spirits myths and what we’ve found is, to be honest, quite mind-blowing.

Certain absinthe marketers love to capitalize on their product’s illicit reputation, but the fact is that it’s no more likely to make you see things than vodka, whiskey, or tequila. Recent scientific studies “have demonstrated beyond doubt that pre-ban absinthes contained no hallucinogens, opiates or other psychoactive substances,” says one of the world’s leading absinthe experts, Ted A. Breaux. “The most powerful ‘drug’ in absinthe is and has always been a high volume of neatly disguised, seductively perfumed alcohol.”

Jameson is Catholic and Bushmills is Protestant

This is one of the myths we encounter all the time, since Bushmills is located in predominantly Protestant Northern Ireland, and Jameson is produced in the heavily Catholic Republic of Ireland. But “this couldn’t be any further from the truth,” says award-winning bartender Jack McGarry of New York’s The Dead Rabbit. For one, because there are only a few distilleries on the whole island, they trade casks. So your Bushmills may contain some Jameson-made whiskey. That’s not to mention that the current master distiller at Bushmills, Colum Egan, is Catholic and that John Jameson, founder of his eponymous brand, was likely Protestant—and Scottish, for that matter.

Rum is a Caribbean/West Indian spirit

“Rum’s commercial birthplace may have been the sugar cane fields of the islands and the tropics, but prior to the American Revolution, dozens of rum distilleries existed in New England,” says rum expert Wayne Curtis, who is the author of And a Bottle of Rum: A History of the New World in Ten Cocktails. “Today, rum is again a North American product, with craft distillers making distinctive rums from Hawaii and New Orleans to Boston”

Scotch whiskey should be drunk straight

“No, whiskey should be enjoyed just as you like it: straight, on the rocks, with soda (currently very popular in Japan), green tea (the Chinese love this) or coconut water (the craze in Brazil),” says Charles MacLean, a James Beard Award-winning author and one of the world’s leading Scotch authorities. “But for full ‘appreciation,’ particularly of single malt, skip the ice and try a little water, which opens up the aroma and makes it easier to evaluate the taste.”

All vodka is the same

Not even close. The spirit reflects where it comes from and what it was distilled from. “Traditional-style vodkas, primarily from Eastern Europe, are much more assertive, robust, and celebrate their raw ingredients,” says Tony Abou-Ganim, Liquor.com advisory board member and author of Vodka Distilled, while “the West produces a much softer, more approachable vodka.”

All bourbon is made in Kentucky

While most bourbon comes from the Bluegrass State (according to the Kentucky Distillers’ Association, 95 percent of the planet’s supply is born there), by law the alcohol can be distilled anywhere in the United States. And we’ve tasted bourbons from across the country, like those from Upstate New York’s Tuthilltown Spirits and Chicago’s Few Spirits.

Gin is a British thing

Britain may be famous for its many gins, but the alcohol actually descends from a juniper liquor first distilled in Belgium or Holland. During the Thirty Years’ War, England’s army saw Dutch soldiers fortifying themselves for battle by drinking genever. They brought this so-called “Dutch courage” back home.

While some Canadian liquor found its way to the States during Prohibition, it wasn’t a boon for the country’s distillers. “Within a 10-year period, a salesman, Harry Hatch, bought four of the five largest whiskey distilleries in Canada: Wiser’s, Corby, Hiram Walker, and Gooderham & Worts,” notes Don Livermore, master blender at Corby Distilleries, which produces Wiser’s, Pike Creek and Lot. No 40. “Harry had some means to sell product into the United States illegally, but in truth, for a salesman to have the capability to buy most of the industry leaders meant times were not all that good.”

Contrary to popular belief, tequila is not made from a cactus but instead agave. The agave plant is forbidding, with pointy needles and sharp leaves, but it’s actually a member of a different botanical order, asparagines, making it a relative of the yucca plant and Joshua tree. It takes several years for the agave to mature fully, and the best brands usually harvest when the plants are about a decade old.