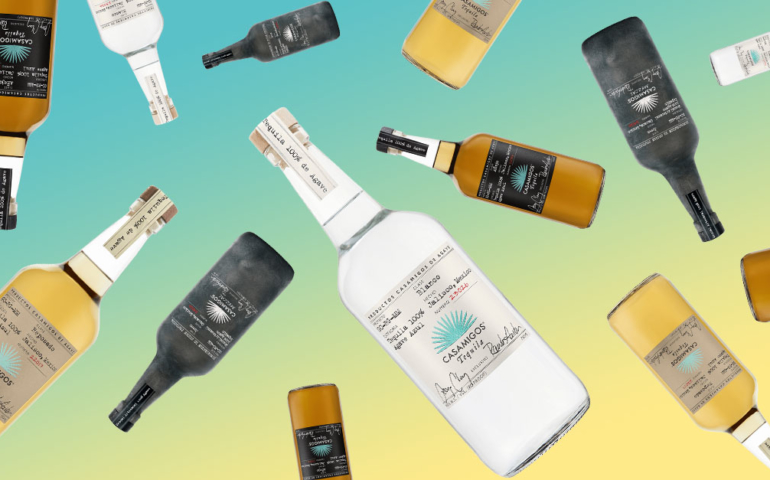 Nowadays, celebrities investing in spirits brands are as common as the stars lining Hollywood Boulevard. But if any label deserves a big-screen release, it’s George Clooney’s Casamigos.

The Hollywood actor “accidentally” founded the tequila brand along with friends Rande Gerber and Mike Meldman in 2013. Four years later, the trio sold Casamigos to Diageo, the world’s largest spirits company, pocketing just shy of $250 million each. Celebrity endorsements and billion-dollar business deals are only part of this story, though. Here are eight more things you should know about Casamigos.

A nightlife entrepreneur and an actor walk into a bar…

When building their respective homes in Mexico, actor and director George Clooney and bar and restaurant tycoon Rande Gerber took the opportunity to drink as much tequila as they could get their hands on. Sitting in a bar one night, the pair reflected on all the bottles they’d sampled. Each agreed they hadn’t yet found their perfect match, and so they decided to make their own.

Gerber described the desired formula in a 2018 interview: “We wanted one that didn’t burn going down, that was super smooth, and had the right flavor profile. One that we didn’t have to mix — typically we drink it straight or on the rocks — that we could drink all day long and not be hungover in the morning.”

The brand was a billion-dollar “accident.”

The search took almost two years, during which time the duo sampled 700 different recipes. Though they never intended to start a brand — “Casamigos really started by accident as far as a company,” Gerber later said — the tequila was a hit with all their friends. Clooney and Gerber were soon ordering over 1,000 bottles every year from their producer. At this point, the pair were told if they wanted to continue buying bottles, they needed to get a license.

Enlisting the help of their property development friend Mike Meldman, Clooney and Gerber took the plunge and launched the brand commercially in 2013. Four years later, Diageo acquired Casamigos for $1 billion ($700 million up front and $300 million to come later, dependent on sales performance). Clooney and Gerber retain active roles in the company.

Casamigos: the “house of friends.”

Casamigos takes its name from the property on which Clooney and Gerber built their Mexico homes. The development is owned by Meldman and the name roughly translates to “house of friends.”

Casamigos produces three styles of tequila: blanco, reposado, and añejo. Each is made using 100 percent Blue Weber agave, which is between seven and nine years old when harvested. Next, the agave piñas roast for 72 hours in brick ovens, and then spend 80 hours fermenting (more than double the industry average). The tequila then rests in barrels before bottling: two months for the blanco, seven months for the reposado, and 14 months for añejo.

Tequila isn’t the only drink on the menu.

In 2018, Casamigos added a joven mezcal to its lineup. Apart from being its only non-tequila offering, the mezcal is Casamigos’ sole release that isn’t bottled in clear glass. Gerber was responsible for its matte-black design, and each bottle is finished using a special rubbing process to make it unique.

Casamigos is not just celebrity hype.

Prior to bottling, Clooney, Gerber, and the brand’s master distiller taste every batch to guarantee quality control. (When VinePair reached out to Casamigos to credit the unidentified master distiller, we were told: “We don’t disclose that information.”)

“Drink Casamigos and wake up with George Clooney.”

Following a night of heavy tequila consumption, Clooney and Gerber made their way back to Gerber’s house, where Clooney settled in a guest room for the night. A few hours later, he woke to find Cindy Crawford (Gerber’s wife) getting into bed with him. Crawford mistakenly identified the piled heap on the bed to be Gerber, while Clooney thought he’d accidentally wandered into the master bedroom after drinking one too many.

The article 8 Things You Should Know About Casamigos appeared first on VinePair.