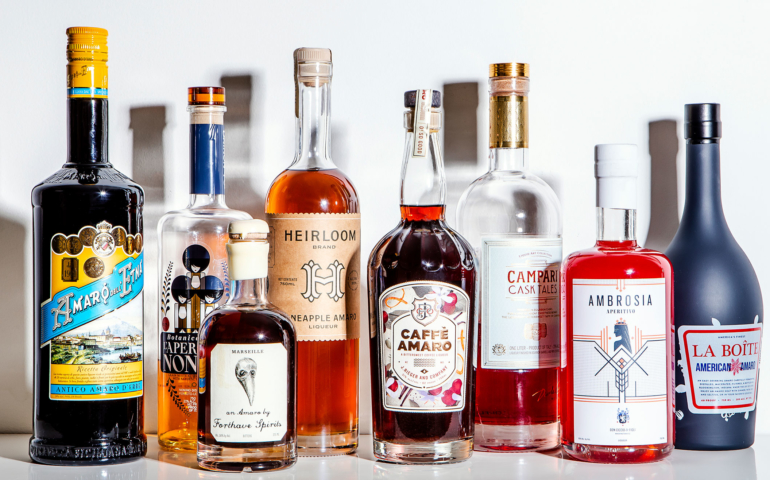 Bitter, sweet, and complex, amaro is a bartender’s best friend. Add to that the fact that it’s the perfect post-meal accompaniment, and it’s all the more reason the liqueur has been making its way to the back bars of restaurants and drinking dens across the nation.

Though there’s nothing new about the category (its origins date back to ancient Rome, when people would infuse the wine with herbs as a restorative potion), the spirit has been gaining major traction lately for its powers as a digestif and its awe-inspiring range of flavors. “Something like Cynar, which is made from artichoke, is going to be very different from the grappa-based and citrus-forward Amaro Nonino,” says Miles Macquarrie, the beverage director of Watchman’s in Atlanta and Kimball House in Decatur, Ga. “In a cocktail, each will yield entirely different results, and that makes our jobs all the more fun.”

Now more than ever, distillers across America are realizing the potential behind the Italian liqueur and creating their own renditions, resulting in bottles being produced everywhere from Seattle and San Francisco to Charleston and Chicago. “The way global trade has evolved, we are able to get the world’s best ingredients, allowing great amaro to be produced anywhere,” says St. Agrestis co-founder Louis Catizone. These are eight worth trying.

After studying architecture in Florence, Pat Magner became enamored with the complexity of Amari. From that point on, he and partner Cynthia Tegtmeyer made frequent trips to the country to taste through myriad offerings, experiences that eventually led them to make their own variation, Amaro Cinpatrazzo. Herbal, vegetal and balanced, their spin incorporates nearly 20 botanicals, from local honey to hydroponically grown sage, mint, and arugula; it’s a rare find among Amari. Enjoy it neat, or alongside brandy, gin, or whiskey—all great accompaniments to this smooth sipper.

Situated at an elevation of 9,600 feet, this distillery is one of the largest, and highest, in the state of Colorado, employing more than 100 workers and creating more than a dozen different products (from gin and vodka to rum and brandy). Its amaro hits its 10-year anniversary in 2020—just one more thing to celebrate in the aftermath of its highly awarded reception, including a Double Gold win at the New York World Wine & Spirits Competition. Consider it a big, unanimous nod to the balance struck within this bottle, which incorporates all-natural dried citrus peels, roots, spices, and herbs, for which the team forages after the first snowfall, just below the timberline.

It was countless hours spent at his grandfather’s liquor store in the heart of Rome that helped to inspire Skip Tognetti to create a lineup of his own premium Italian liqueurs and put the same care into every bottle, including the Amaro Amorino, named for Tognetti’s grandpa, Amorino. Medium-bitter in style, this amaro presents a strong citrus foundation, accompanied by baking spice, vanilla, and floral notes, with Seville orange peel, allspice, nutmeg, chamomile, and sarsaparilla, among others. Intended to be a digestif first and foremost, this amaro is best served on its own, as are Letterpress’s other Italian-style concoctions, including limoncello and arancello.