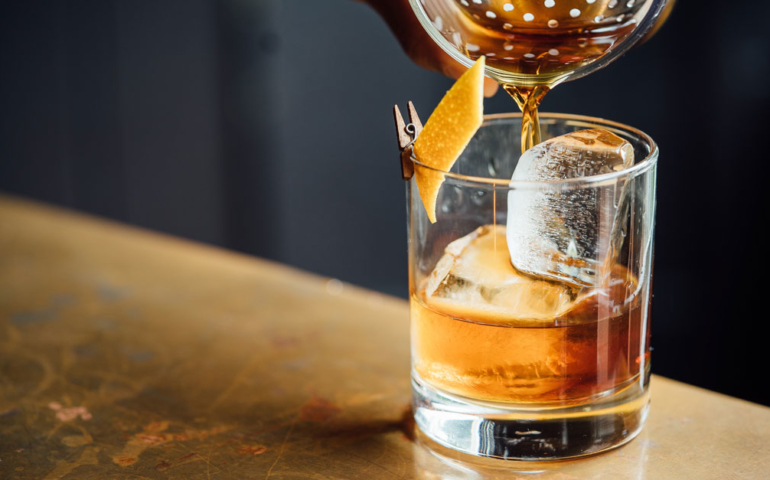 Amaro, the herbal digestif whose name translates to “bitter” in Italian, historically hails from Europe, where it is a key ingredient in spritzes and served as an after-dinner sipper. In recent years, the popularity of cocktails like Negronis, Black Manhattans, and the Aperol Spritz have breathed new life into the category stateside.

VinePair blind-tasted an assortment of U.S.-based amari to compile a list of our absolute favorites. From the concrete jungle of Brooklyn, to a farm-to-bottle California distillery, these are seven of the best American-made amari you can buy right now.

The recipe for Marseille Amaro is based on a medicinal tonic from the late 1700s. There are multiple legends around the original concoction. (Our favorite? It was named for inventor Richard Forthave, and his last name became “four thieves” in a historical game of telephone.) Made with 36 different roots, barks, herbs, and spices, Marseille Amaro is sweetened with raw wildflower honey. Sip it neat or on the rocks to get a mouthful of flawlessly balanced bitterness. Average price: $56.

Created by two sommeliers in 2014, St. Agrestis was purchased by brothers Louis and Matthew Catizone in 2017, and they immediately put their twist on the recipe and process. The Catizones dialed back the sugar, improved maceration techniques, and extended barrel aging. This potent potion is packed with herbaceous notes and begs to be used in a Negroni. Average price: $41.

From Los Angeles’s Greenbar Distillery comes this 100 percent organic amaro infused with California poppy, orange, lemon, grapefruit, dandelion, cherry bark, and more. It’s lightly sweetened with cane sugar prior to bottling, and “very fragrant with a clean finish,” according to our tasting panel. Add Grand Poppy to sparkling wine and a splash of grapefruit juice (organic, of course) for a truly refreshing libation. Average price: $31.

Founded by Steven Grasse of Hendrick’s and Sailor Jerry fame in 2016, Lo-Fi is part of Napa’s E. & J. Gallo family. A fruity, easy-drinking amaro made with California-grown white wine grapes, Lo-Fi mixes beautifully with bourbon or with sparkling wine and soda as a balanced spritz. Popular in cocktail bars in NYC, San Francisco, and Philadelphia, it will soon be available in L.A., too. Average price: $23.

An unlikely fusion of Guatemalan chocolate and thyme headline this unusual amaro. Sweetened with agave nectar and flavored with cinnamon, sarsaparilla, angelica, and vanilla, broVo is the ideal thing to have after your crème brûlée — or any dessert, for that matter. Tasters loved the spice on the palate and chocolatey finish. Average price: $40.

Fortified with barrel-aged brandy and aged in barriques, this amaro features herbs (sage, thyme, marjoram, parsley, lemon verbena, rosemary, mint, and more) alongside bark, roots, dried orange peel, and caramelized simple syrup. Only 100 cases of this California amaro are made annually, so grab it if you can. You can also try its amaro-flavored ice cream in the Margerum Tasting Room, relocating to a new location in Santa Barbara’s Hotel Californian in spring 2019. Average price: $50.

Citrusy sweetness offsets the faintly bitter notes in this Southern California amaro featuring locally grown herbs. Mixed with tonic and served on ice, it makes a perfect summer sipper; but we also love it as an accent to aged rum. Average price: $37.

The article 7 of the Best American Amaro Brands You Can Buy Right Now appeared first on VinePair.