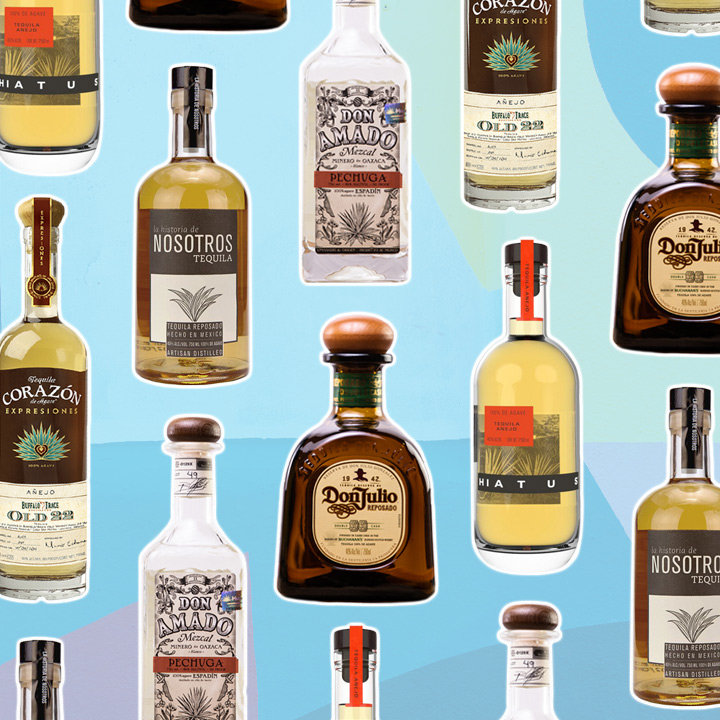 America’s love affair with agave spirits has shown no signs of abating. After a decade of massive growth, tequila and mezcal are still on the rise. According to the Distilled Spirits Council, in 2018 the category grew by 7.7 percent, with higher-end tequilas growing even faster. It doesn’t hurt that celebrities have been seen quaffing tequila on the red carpet or that spirits giants have been snapping up premium tequila brands (last year alone saw Bacardipurchase Patrón, Pernod Ricard acquire the remaining portion of Avión it didn’t already own and Diageo buy Casamigos). So which bottles are worth a pour? These are six to seek out right now.

While single-varietal mezcals are prized by many mezcal aficionados, expect to see more ensambles, or blends, on the shelves. Similar to other spirits categories, these can offer greater consistency and sometimes better affordability. They can also be complex and interesting. This one offers a concentrated smokiness with hints of pine and menthol, like a campfire extinguished at the edge of a forest.

Pechuga (Spanish for “breast,” as in chicken breast) is the harvest mezcal that’s famously made by hanging a piece of poultry, or other animal part, within the still, which disintegrates into the spirit during the distillation process. Don Amado’s pechuga, however, is suitable for vegetarians. It’s made with fruits (wild apples, bananas and apricots), nuts and spices but no animal fats or byproducts. Look for vegetal hints of bell pepper and fresh herbs, with an exit that mingles smoky and minty notes.

It’s common for tequila to be aged in ex-bourbon barrels. But barrels that held a very special bourbon more than two decades old? That’s unheard of. To be fair, this is a little gimmicky. The “22” in the name refers to the fact that this tequila was rested at least 22 months in barrels that held whiskey—specifically, Buffalo Trace, aged at least 22 years. The liquid is delicious, but don’t expect it to drink like whiskey. It’s citrusy and bright, with flickers of jalapeño and just enough coconut to facilitate easy sipping.

The “double cask” refers to the fact that master distiller Enrique de Colsa started with a Don Julio reposado tequila (aged eight months in American oak barrels), which he then ages for another month in a second cask that was used to make Buchanan’s blended scotch. De Colsa said that it took him three years of experimenting with various cask options to find the right flavor profile, marrying mellow oak, vanilla and spice.

What’s unusual about this tequila is that it’s made with a blend of agave sourced from the highland region (noted for adding a sweeter, more citrusy note) and lowland region (which adds earthy/peppery tones), then aged in French oak for 11 months. The end result is a tequila that opens with vanilla sweetness and finishes with clove, sandalwood and peppery spice. In addition, one percent of every bottle sold of Nosotros goes directly to Waves for Water, a nonprofit organization that seeks to provide access to clean drinking water around the world.

This newcomer is aiming for the “ultra-premium” tequila range. Compared to most añejos, which tend to have sweet, honeyed layers thanks to all those months spent in oak barrels, Hiatus has a surprisingly savory quality, showing mouthwatering hints of unsweetened chocolate, black olive, bell pepper and fresh herbs. Reposado and blanco expressions were also launched in the U.S. at the same time. A percentage of the bottle sales are to be donated to Best Friends Animal Society.