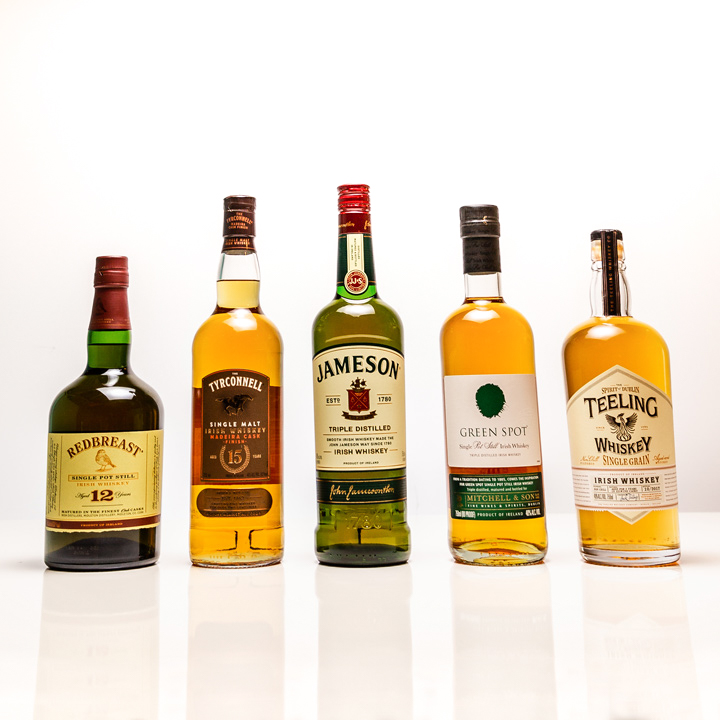 We’re living in the golden age of spirits. Never before have there been more bottles of booze vying for a parking space on your bar cart. We lean on the pros to help you build a bottle list from scratch.

The proliferation of Irish whiskeys over the past few years has been a welcome sight for sore eyes. With so many new products vying for our attention, the biggest issue is sorting through the clutter to find the cream of the crop. To help with this endeavor, we’ve enlisted two whiskey pros.

Chad Berkey is a partner at San Diego’s Cordova Bar, after formerly helming Aero Club, which had a whiskey list pushing 1,000 strong. At his new spot, Berkey had to shave down the menu to a fraction of what he’s used to. Needless to say, he was ready for our challenge. “Choosing just the essentials is basically what we did here,” he says. “Everything was handpicked for a reason.”

Brett Pontoni, meanwhile, is the spirits buyer for Binny’s, a Chicago chain that’s also respected as a leading online liquor store. He knows exactly what any Irish whiskey drinker needs to have on hand.

Together, the duo chime in to make their picks for the top five essential Irish whiskeys for your home bar.

Berkey and Pontoni both chose Redbreast 12-year-old among their selections. “It’s a classic example of pure pot-still style, with loads of apples and pear fruit character, and an oily, almost buttery palate,” says Pontoni. He’s referring to a style of production characterized by a mixture of malted and unmalted barley in the mash bill, along with pot-still distillation.

Berkey is also a fan of the whiskey for the tasting experience. “It has an almost velvety mouthfeel, and it allows you to pick out some of the finer flavors, with a distinct fruity Irish sweetness,” he says.

“Redbreast 12 straddles the line between the light, fruity style most people associate with Irish whiskey and the richer, more layered style of scotch single malt,” says Pontoni. “This is a great example of the quintessential Irish style of distillation.”

Berkey went right back to another single-pot-still whiskey for his next choice. “Green Spot just takes you for a ride, and you get the full flavor profile,” he says. “This is one of the most balanced whiskeys out there.”

He’s a fan of sneaking this into blind tastings when guests aren’t expecting it. “I’ll do a blind tasting, I’ll put the Green Spot in there, and more often than not, they’ll pick that as their favorite,” says Berkey. “The word sexy comes to mind here. Certain whiskeys just hit that sexy note.”

For his next pick, Pontoni turned to a different style of whiskey and the company that brought distillation back to Dublin: Teeling single grain. “Grain can be the lightest of whiskey but not here,” he says. “It’s slightly floral with complex layers of apples, and apricots with baking spice. It’s seemingly light yet oily on the palate, and the use of ex-cabernet barrels makes this unique and certainly has to be a main contributor to the complexity.”

As opposed to malt whiskey, a grain whiskey is made from one or several grains, such as corn or wheat, in addition to barley. “Teeling single grain shows off an underappreciated but critical workhorse style necessary for all blends,” says Pontoni. “We need more high-quality grain whiskeys from Ireland and Scotland. Hopefully this leads the way.” While sipping this over ice is a great way to reveal its creamy sweetness and the fruit influence from the wine barrels, it’s also a natural choice in a variety of cocktails.

You didn’t think we’d make it through all five without getting Jamo in the mix, did you? “It’s obviously the most popular,” says Berkey. While the brand has expanded its lineup to include a wide variety of offerings, such as beer-barrel finishes, Berkey opts for the classic Jameson as his pick. That’s because while patrons at his bar frequently order Jameson as a shot, he deploys it in numerous cocktails, as well. “Some people don’t realize it’s good in cocktails, too,” he says.

Pontoni looks to a well-aged single malt with a unique barrel finish for his ultimate sip-and-savor choice. “Tyrconnell 15-year-old is a slight splurge but well worth it,” he says. “And actually, it can be difficult to find older Irish bottlings that aren’t quite spendy, so this is a relative bargain.”

The Tyrconnell 15-year-old Madeira cask finish is aged for a full 15 years in ex-bourbon casks before spending an additional three months in Madeira wine casks from Portugal. “It’s a single malt with no doubt in its Irish heritage,” says Pontoni. “This is a malty, fruity, richly textured whiskey balanced by spicy wood and honeysuckle notes thanks to the Madeira cask.” 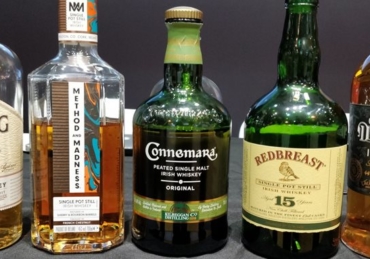 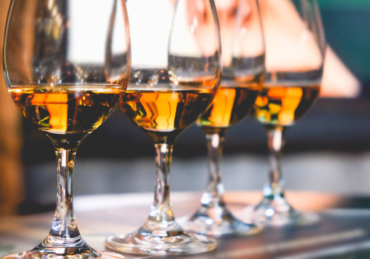 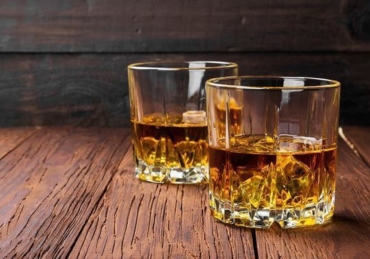 Make Irish Whiskey in Your Kitchen