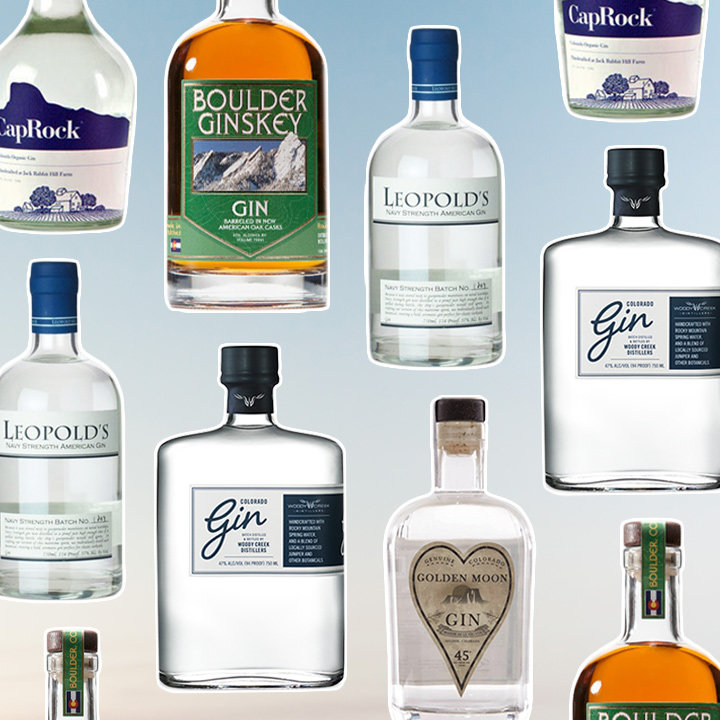 Colorado is a boozy state, and we don’t just mean the barrels upon barrels of craft beer found in all four of its corners. There’s also an explosion of craft distilleries, many of which are experimenting with gins that impart a kick of local flavor, be it from the base spirit or the botanicals. These five bottles are helping put the Mile High State on the world’s gin map.

Unlike many aged gins, the version from Vapor Distillery in Boulder rests in new No. 3 char American oak barrels rather than barrels that previously held whiskey, wine or beer. The result is a flavor-packed spirit, made from 11 botanicals: juniper, jasmine tea, star anise and chamomile, to name a few.

Despite its rich amber color, the nose comes out clean and sweet. The taste, on the other hand, is deep and bourbon-like but with a mellow spice and light flower essence reminiscent of candy violets. Coriander notes come through loud and clear, making it a perfect gin for savory cocktails.

Twenty years since its debut, Leopold Bros. still leads the charge in Denver’s distilling scene. The locally focused brand produces a trio of outstanding gins, including its navy strength American gin, brimming with juniper berries, bergamot, coriander, cardamom and orris root, all distilled individually with a neutral grain spirit in what’s known as fractional distillation. After each ingredient has been brought to its full potential in the liquor, it’s removed and set aside for proper blending. Despite the high ABV (57 percent), the gin unfolds with layers of warm citrus and bright juniper flavor. It’s a perfect base for a high-octane G&T.

Jack Rabbit Hill Farm owner Lance Hanson has taken his affinity for fermented fruit and turned it into an organic gin local bartenders swoon over. The base? Loads of organic Braeburn and Jonathan apples grown at Ela Family Farms, right near Jack Rabbit’s Peak Spirits Distillery in Hotchkiss. “We didn’t have experience fermenting grain, but we knew how to ferment fruit,” says Hanson.

What he makes is something like apple brandy, which is then combined with an organic red wheat distillate. From there, Hanson adds botanicals from all over the world, including, he says, the best organic juniper he has found, sourced from Eastern Europe. The result is a gin with a rich mouthfeel that imparts the sunshine-happy flavor of crisp apples and budding flowers and a hint of musty juniper.

One thing that makes this square bottle of gin from Woody Creek Distillers stand out is the distinct flavor that comes from its base spirit: vodka made from local potatoes. Distilled in the classic London dry style, this gin features everything from Rocky Mountain juniper and hibiscus to lavender and cranberries. The botanicals macerate in the spirit base at 150 degrees Fahrenheit for 24 hours before getting redistilled into a marvelous finished product that ties the spicy, woodsy flavors together in a smooth, unique tipple.

Nestled at the foothills of the Rocky Mountains, Golden is an old Gold Rush town that takes its booze-making seriously. Golden Moon Distillery co-owner and master distiller Stephen Gould spent a lot of time researching juniper, coriander, field mint, lemon balm, fennel, angelic and lavender. A handful of the ingredients are sourced locally, imparting a true Colorado flavor. What comes out of the bottle is earthy and bright with hints of anise that would work wonders in a Negroni.