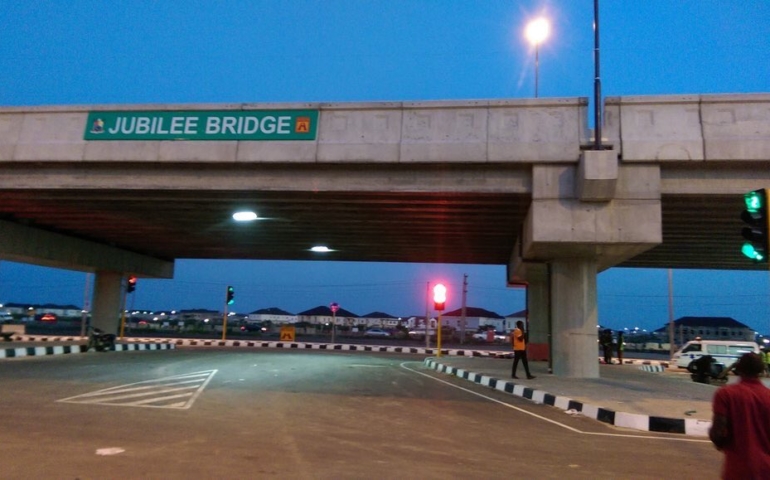 This article contains all you need to know about some of the best places to stay in Ajah Lagos. Living in Ajah is not that bad for first-timers. However, life in Ajah can be less expensive compared to other places on the Island.

When people hear Lagos or Lagos Island. And the picture that comes to people mind is a luxurious, expensive and oppressive environment. Which is not affordable. An environment where one cannot afford to survive for an extended period of time. While this picture may be true of some central parts of Lagos Island such as Victoria Island and Ikoyi, there are still some places within the designated area that offer you the opportunity to live within your means and save money.

Here are 5 best places to stay in Ajah Lagos

Badore is a sleepy neighbourhood located inside Ajah after Ado roundabout. It is a coastal area with direct access to the Lagos Lagoon, and it has a ferry jetty that receives a regular shuttle service servicing Ikorodu and other parts of the Island.
As with the other neighbourhoods on this part of the Island, most properties in Badore are new-builds, and so they have a definite aesthetic advantage over their equivalents on the Mainland. Amenities located nearby include several schools, Badore General Hospital, Badore market, petrol stations and the ferry jetty.
Unlike many other parts of Lagos, Badore also enjoys excellent power supply, often ranging from 8-23 hours a day.

Situated further down the Lekki corridor, The prestigious Pan-Atlantic University’s Lagos Business School is located in Sangotedo, as is the impressive new Lekki Novare Mall, which is by far the largest mall in Lagos. The mall features a Genesis Deluxe cinema and all the retail establishments you would find at The Palms or Ikeja City Mall.
There is also a large local open-air market with cheap consumables and food ingredients, so it is possible to both rent and live cheaply in this area.

Ajah is where the second scheme of the Lekki corridor development plan, sometimes called Lekki Phase II is supposed to start. Due to the delay in actualizing the masterplan, it has become a somewhat chaotic place, but that comes with a set of unique opportunities.
The new Jubilee flyover bridge has slightly improved the chaotic traffic situation at the Ajah turnoff on the Lekki Expressway, and like Badore, Ajah enjoys some of the best power supply in Lagos, so you will definitely save on the petrol or diesel.

Nearly 39km down the Lekki Expressway, some may consider Awoyaya to be a bit too far from the Central Business District to make its cost savings worthwhile. Certainly, if you work on Victoria Island and wake up at 5 am every morning to catch a bus from Awoyaya, this could be the case. For many who work closer to the area or work at home, Awoyaya is increasingly becoming a new frontier.

Featuring some of the best architecture in Lagos and several high-end estate developments, Awoyaya is now where Lekki Phase 1 was as at 1991, it is certainly within the range of the affordable, and a raft of local amenities including a general hospital, several schools, and a retail mall under construction make it a rental destination to consider on a budget.

Abraham Adesanya estate is located after Ajah, off the Lekki – Epe expressway. It is an estimated 30 minutes drive to Victoria Island without traffic.
It was developed as a low-cost housing scheme by the Lagos state government in the early 2000s through the Ministry of Housing and sold off to individuals for between ₦1 million – ₦1.5 million, targeting middle-income earners in particular.

Most of the residents are a middle income earning families that see the estate as a cheaper alternative to the more expensive neighbourhoods in Lekki. The estate has a great layout, but some of its infrastructures are dilapidated due to poor maintenance. Some of the houses are old with outdated finishing, while some others were renovated before being put up for rent/sale.

The estate has two entrance gates with security guards positioned at both; however, they do not search for cars entering or exiting the estate, and entry into the estate is unrestricted.
The nearest police stations are the Ajiwe police station and Ogombo police station which are about 3 minutes drive from the estate. There are no known cases of robberies or other violent crimes in the estate.