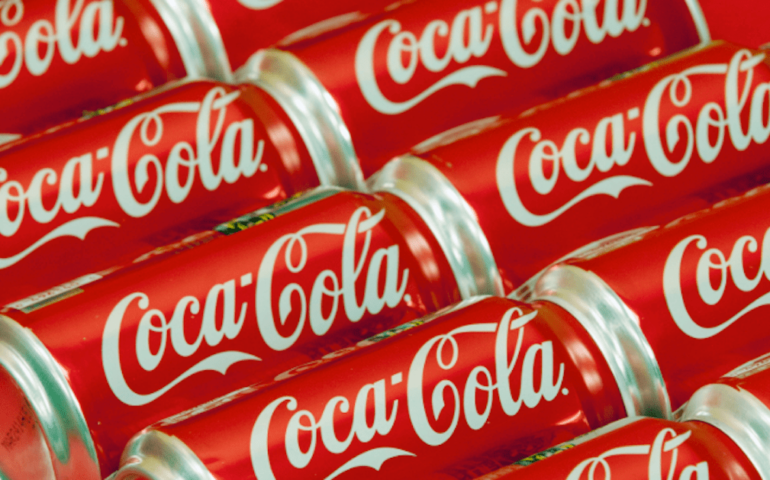 In this article, we’ll be looking to learn 25 Interesting Facts About Coca Cola. Majorly we all love the drink and some us have asked some questions like where is coca-cola made from and the name of the owner and other questions burn-in at the mind of the lovers of Coca-Cola.

Coca-Cola was invented in Atlanta, Georgia in 1886. It consists of a syrup mixed with carbonated water. The recipe may be a secret, but millions of people enjoy it each day. Learn how many Cokes are consumed per second, and more, in this list of 25 interesting facts about Coca-Cola.

2. The rumors are true! The original Coca-Cola featured around nine milligrams of cocaine per serving. In addition, the originally contained alcohol. Coca-Cola became a family-friendly product in 1903.

3. United States trade embargoes have led to a lack of Coca-Cola in two countries: North Korea and Cuba. Otherwise, Coca-Cola is one of the most widely distributed products on the planet.

4. The creation of Coca-Cola was born out of necessity. John S. Pemberton suffered an injury during the American Civil War. Morphine was used to help with his pain, and he became addicted. He created Coca-Cola with the thought it would help him overcome this reliance on drugs. It went on to be marketed as a tonic to help relieve the feeling of exhaustion.

5. The Coca-Cola family consists of many beverages. It would take you nine years, drinking one product per day, to try everything the company has made.

6. Coca-Cola is one of the biggest brands in the world. It has been estimated that it is worth more than Kentucky Fried Chicken, Subway, and the Budweiser brand combined. In 2015, it came in third place for the “most valuable” award, behind Apple and Google.

7. Coca-Cola is often attributed to the relief of hiccups, colic, low libido, and jellyfish stings. Perhaps this comes from its origin as a pharmaceutical product!

8. Coca-Cola is not without imperfections. It ran into legal trouble in 2004 in India. The company was alleged to have removed excessive groundwater and releasing pollutants at an alarming rate.

9. The popularity of Coca-Cola cannot be overstated. Around 96% of people in the world recognize the logo. It sells 1.8 billion bottles of its products a day. Over half of all soft drinks sold around the world are owned by Coca-Cola. The Coca-Cola Facebook site has 90 million or more fans.

10. Coca-Cola does have a downside. With its 39 grams of sugar per can, Coca-Cola adds to the total sugar intake of children. The average child consumes more sugar than they weigh each year.

11. The six-pack of Coca-Cola was introduced in the early 1930s to encourage people to buy and consume more.

12. Coca-Cola has been loosely blamed for one death. A woman who consumed two gallons per day ended up dying of liver and heart disease. All of her teeth had been stripped of their enamel.

13. Coca-Cola did have one epic marketing fail. A product dubbed, “New Coke,” was advertised in the mid-1980s. It was not a hit. Many people estimate that Coca-Cola used this “new” product to simply switch to using high-fructose corn syrup as its sweetening agent.

14. There have been few details leaked about the ingredients in Coca-Cola. The original recipe is held in a vault and no two people have access to both halves of the combination.

15. 300,000 tons of aluminum are used every year on Coca-Cola cans. This makes Coca-Cola the largest can-user in America.

16. Coca-Cola bottles are uniquely shaped, whether the glass or plastic version. The original inspiration for the shape? A cacao seed, of course!

17. Coca-Cola ads and associated art are well-respected. Even the great Norman Rockwell did six pieces for a marketing campaign. Sadly, only three originals are known to still exist.

19. Coca-Cola is not new to the sponsorship game. Its first Olympic sponsorship deal was well before the 1996 games in its hometown of Atlanta. Coca-Cola sponsored the 1928 Olympics, as the first commercial sponsorship.

20. Did you ever wonder who decided the clothes that Santa Claus wears each Christmas Eve? Some say it was Coca-Cola. The jolly gift-giver began appearing in Coca-Cola ads in the 1920s. His first appearance in the red-and-white velvet came in 1931.

21. Coca-Cola was part of the boycotts during the American Civil Rights era of the 20th century. White workers were being paid more to work in Coca-Cola factories than workers of color. This led to Martin Luther King, Jr. advocating for boycotts of the brand.

22. One of the earliest marketing strategies for Coca-Cola came in the late 1880s. Customers were given a coupon awarding them a free glass. Needless to say, they came back for more and were willing to pay.

23. The pull-top can, like Coca-Cola itself, was born out of necessity. The cans were created to make it easier to ship the drinks to soldiers around the world during World War II. Unfortunately, the war brought about rationing that limited the materials necessary to make the cans. The cans made their debut to the public in the 1960s.

24. Coca-Cola made a run at eliminating coffee from the morning routine of millions of Americans. The soda became popular as a morning pick me up and Coca-Cola tried to take advantage. Apparently, their insistence that a can of Coke was far easier to manage than brewing a whole pot of coffee didn’t hold up.

25. McDonald’s and Coca-Cola have had a close relationship since the 1950s. As part of their bond, Coca-Cola ships its syrup to McDonald’s in stainless steel containers. All the other fast food joints get theirs in plastic bags.

Coca-Cola has been a global brand and soft drink giant for well over 100 years. We hope you enjoyed these 25 lesser-known facts about them!