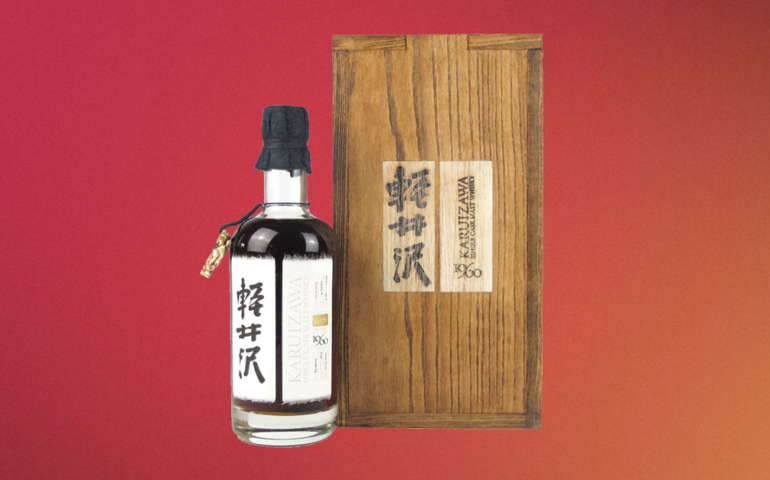 Despite the economic uncertainty in the world, a bottle of one of the world’s oldest and rarest Japanese whiskies sold for a record-breaking price last week.

Founded in 1955, Karuizawa was Japan’s smallest distillery and specialized in Scotch-style whiskies made with imported Scottish barley. Karuizawa stopped producing in 2000 and closed in 2011 after its parent company was bought out by Kirin.

In 2006, independent bottler Number One Drinks Company purchased the distillery’s remaining stocks. The 1960 expression, the oldest Japanese single malt in the world, was released in 2013 at a suggested retail price of approximately $15,000 per bottle.

Only 41 bottles of the 1960 Karuizawa were produced. Each sold with its own distinct netsuke (a traditional carved wooden ornament), made from the oak of the cask in which it aged. The bottle that sold last week was nicknamed the “Zodiac Rat,” while another bottle, the “Squirrel,” was notoriously stolen from France’s La Maison du Whisky in 2017.

While such a rare whisky may serve as an investment piece, the winner would be well advised to crack the bottle open and enjoy a sip. According to a 2018 Bonhams auction listing, the whisky’s nose “Flux[es] between damask rose and, at its height, a fungal, mossy note like old woods in autumn.” The palate, meanwhile, showcases a vibrant selection of “dense black fruits” and a smoky finish.

The article 1960 Bottle of Karuizawa Whisky Sells for Record-Breaking $437,000 appeared first on VinePair.