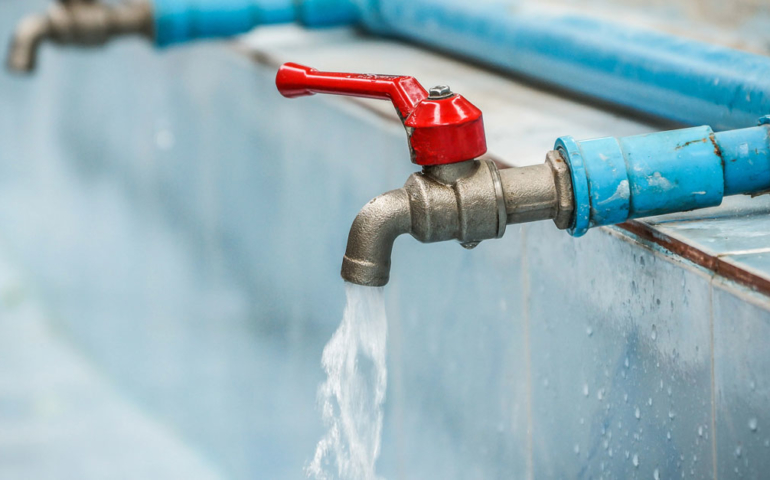 It’s a staggering amount, particularly when drought, natural disasters, and lack of access to clean water are affecting many communities. The good news is, breweries large and small are making concerted efforts to improve water usage processes.

From Anheuser-Busch to Arizona Wilderness, breweries are finding ways to reduce and reuse water used for beer production, and improve wastewater quality. Many are partnering with nonprofit environmental organizations to help clean and protect local coastlines, rivers, and urban waterways.

Here are a dozen breweries working to combat water waste across the U.S., from barley field to brewhouse.

Working with the Nature Conservancy of Arizona, Arizona Wilderness Brewing sources its barley from Hauser Farms. “Hauser Farms have converted roughly 120 acres of the farm to barley and that swap has saved nearly 50 million gallons of water in just one season,” Nature.org reports.

“We’re paying more [for] grain… But, it’s something that we believe in and that we’ve kind of worked into our system,” Chase Saraiva, head brewer at Arizona Wilderness, told ABC news.

Bear Republic uses just 3.5 gallons of water to produce 1 gallon of beer, making it one of the most water-efficient breweries in the country. In 2013, the brewery penned a deal with the city of Cloverdale agreeing to “front the city nearly a half-million dollars so it can move forward with construction of water wells, and in turn, the city will build those wells faster so the local brewery can make more beer,” according to a press release. The brewery also installed the “world’s first on-site bio-electrically enhanced wastewater pretreatment plant.” Translation? It reuses 25 percent of water for cleaning, and produces high-quality methane for use in water heating and electricity.

In September 2018, Blue Point teamed up with The Billion Oyster Project to help the organization reach its goal of restoring 1 billion oysters to New York Harbor by 2035. The brewery launched Blue Point Good Reef Ale, a dry-hopped Belgian-style beer, as part of the effort. For each beer sold, five oysters will be restored to oyster reefs in New York City; enough to filter up to 250 gallons of water per day, a spokesperson said.

In addition to its mermaid logo and nautical theme, Coronado Brewing shows its appreciation for the sea with its Surfrider Summer Ale. Sales benefit the Surfrider Foundation, a nonprofit organization dedicated to “the protection and enjoyment of oceans, waves, and beaches.”

Striped Bass Pale Ale is a collaboration between Devils Backbone and the Chesapeake Bay Foundation (CBF) “to do things like add oyster reefs back to the Bay,” the brewery says. One dollar per case sold supports CBF’s mission to save the Bay.

Full Sail Brewing saves more than 3 million gallons of water per year through its hot water recovery system. It also has an on-site water treatment plant that pre-treats water before it’s sent to the municipal treatment plant, improving its quality. In addition, biosolids removed from the water are given to local farmers who use it for soil amendment and fertilizer.

Finally, Full Sail’s efforts reached an industry rarity: a three-to-one water-to-beer ratio. “Because we’re a small, independent brewery in a very competitive environment, we need to be sure that our business decisions are responsible and careful of our limited resources,” James Emmerson, Full Sail Brewing’s executive brewmaster, told Pacific Standard in 2018.

Released in 2014 and available year-round, Golden Road’s Heal the Bay IPA donates a portion of sales to Heal the Bay, an organization that protects the Los Angeles coastline and revitalizes urban waterways.

“We did this by optimizing our cleaning process and making a conscious effort to stop sending yeast down our pipelines, and composting it instead,” David Graham, Karbach Brewing brand manager, tells VinePair. “We want to take our water conservation as seriously as possible.”

In June 2018, CANarchy’s Oskar Blues announced an 18-month partnership with Keep Tahoe Blue, a nonprofit organization that promotes the restoration and shoreline protection of Lake Tahoe.

Sierra Nevada is no stranger to saving the world. In addition to such recent efforts as its Resilience IPA campaign, the Chico-based brewery has been counteracting water usage by streamlining processes in the brewery. Flow meters track where water is being used, allowing leaks to be tracked down faster. Water used in beer production is recovered for cleaning. And the brewery uses dry rather than water-based lubricants on its machinery. Sierra Nevada reduced water usage for beer production by 25 percent.

In March 2017, Stone Brewing’s Liberty Station location brewed a beer with reclaimed water in partnership with Pure Water San Diego. Although not available to the public, Stone Full Circle Pale Ale “was a demonstration of responsible water usage in frequently drought-stricken Southern California,” Greg Koch, Stone Brewing co-founder and chairman, wrote in a statement at the time.

The beer made quite a splash, but even more impressive was that 357 out of 365 days that year yielded zero wastewater discharge to the City of Escondido. From a total of 27 million gallons of brewing byproduct, 17.5 million gallons of reclaimed water was reused for non-potable cleaning processes. In addition, wastewater from Stone’s Richmond brewery benefits the James River by offsetting high nitrogen levels.

Since its inception in 2006, SweetWater Brewing’s “Save Our Water” partner program with Chattahoochee Riverkeeper in Atlanta has donated more than $1 million to organizations that protect natural resources and habitats.

“From day one of brewing SweetWater beer, we decided to scrape together every resource we could and give back to organizations who protect the land and waters we love — folks like Waterkeeper Alliance, Bonefish & Tarpon Trust, Trout Unlimited, and Coastal Conservation Association,” Freddy Bensch, founder of SweetWater, tells VinePair.

In June to mid-September 2019, SweetWater’s summer seasonal collaboration with Costa sunglasses, Kick Plastic Pilsner, will donate a percentage of profits to Bonefish & Tarpon Trust, Coastal Conservation Association, Trout Unlimited, and Waterkeeper Alliance. Both beer and sunglasses aim to raise awareness of the millions of tons of single-use plastic that “finds its way into streams, rivers, and oceans” every year, a spokesperson tells VinePair.

“Their missions are personally important to me and the way I live my life, because they make sure the places I spend time outdoors are protected and preserved. Our goal is to help protect our natural resources and ensure that generations to come will continue to enjoy and share our passion for nature.”