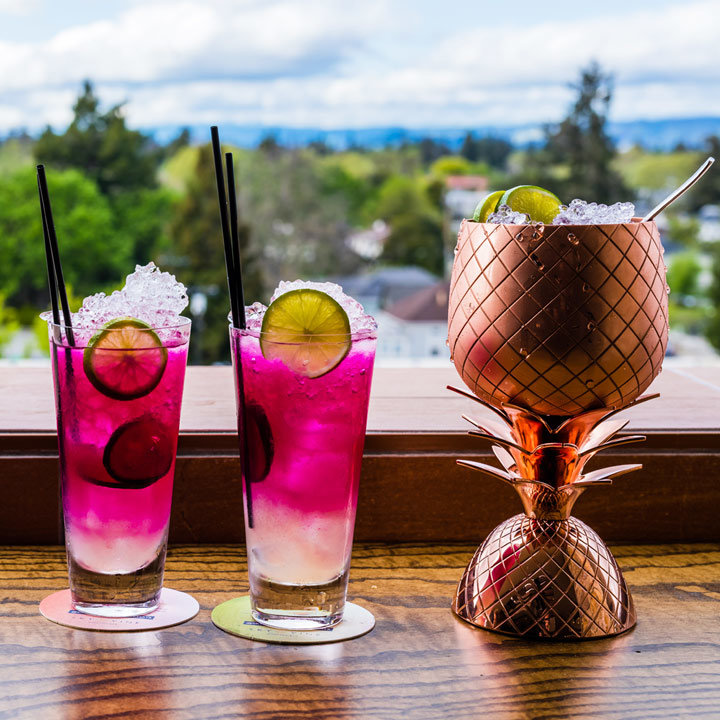 Oh, vodka! You’re so misunderstood. Some see you as little more than a dance partner to soda, while others kick you to the curb without ever giving you a shot. But the truth is, you’re still the world’s most popular spirit. Need a reason? We’ve got 11, one for each of the tasty cocktails on this list, available at some of the best bars and restaurants across the country.

Can’t make it to any of these bars serving these great vodka drinks? Try mixing the Green Eyesfrom this list at home.

While filling up on chefs Evan and Sarah Rich’s stellar food (hash browns on smoked fish cream cheese, coconut shave ice over lime sherbet), Rich Table bar manager Tommy Quimby makes sure you drink well, too. You may have seen the likes of cucumber, lime and ginger with vodka before, but the Green Eyes goes a new direction with sesame-oil-washed vodka. The drink is still green and garden-fresh but with a subtle nutty silkiness. 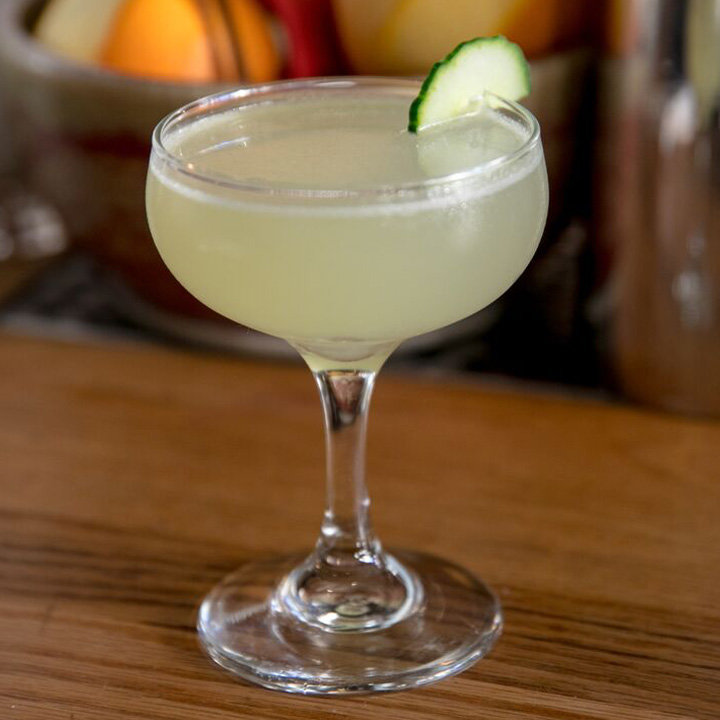 With its live music, rotating art and fashion exhibits, and sustainable sushi, it’s easy to see why the ever-festive Lobby Lounge at the Fairmont Pacific Rim hotel is popular with locals and travelers alike. Beverage director Grant Sceney’s Improved Lemon Drop is an elegant Martini, made with vodka, bianco vermouth and Pierre Ferrand dry curaçao. But the addition of an oily, silky lemon-thyme oleo saccharum raises the oft-shunned Lemon Drop to another level. 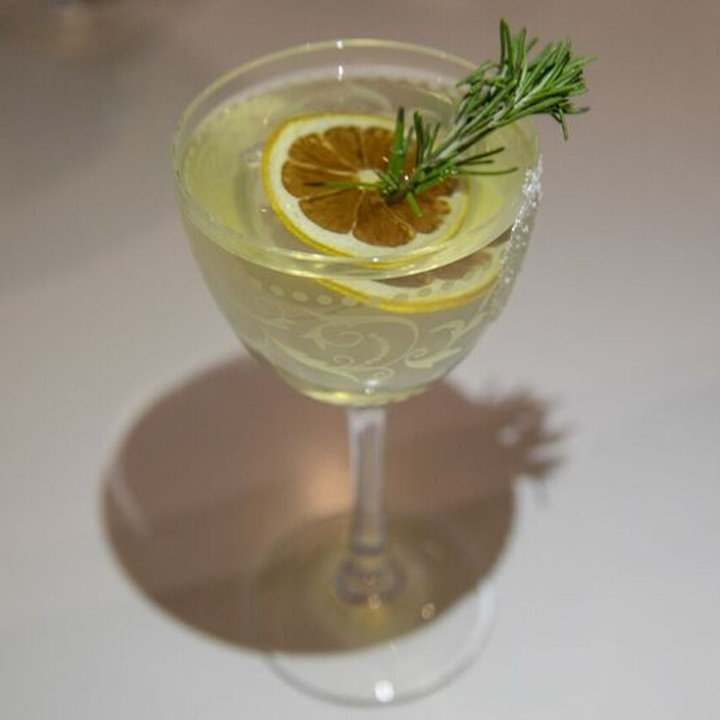 Santa Barbara, Calif., trailblazer The Good Lion has been a true cocktail lovers’ haven since opening in 2014. After a complimentary punch, vodka-grapefruit fans will be delighted by their new and improved version of the basic Greyhound. The Greyhound 2.0 comes by way of local grapefruit, ginger and nutty-lush layers from Punt e Mes sweet vermouth and amontillado sherry. 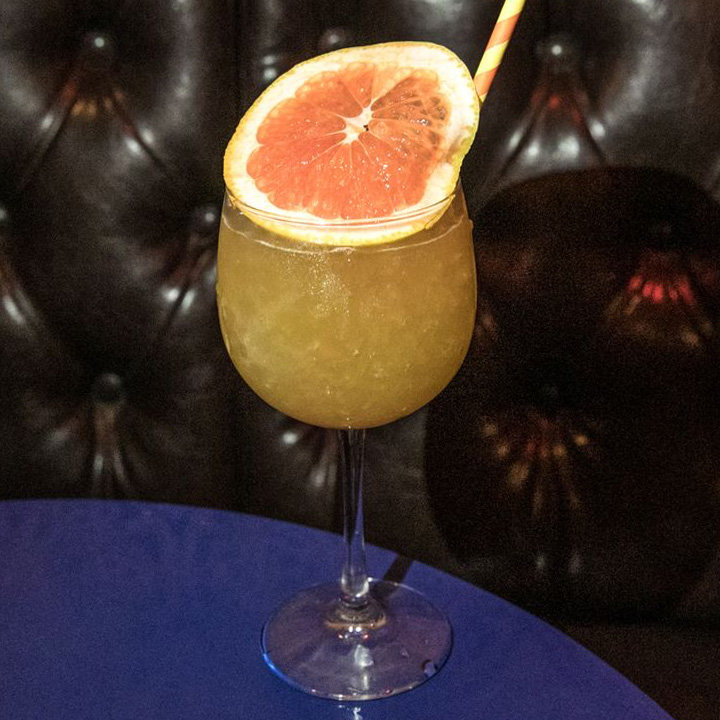 New in The Four Seasons Hotel at The Surf Club, Le Sirenuse Champagne Bar launched its first Italian-themed menu this May in the hotel’s original 1930s clubhouse, a former beachside ballroom that now showcases a deep Champagne collection and Amalfi Coast–inspired cocktails. Fiori feels appropriate for June, made with jasmine-tea-infused vodka enhanced by Italicus bergamot liqueur, lemon, a basil-kiwi shrub and a splash of Tassoni Italian elderflower soda. 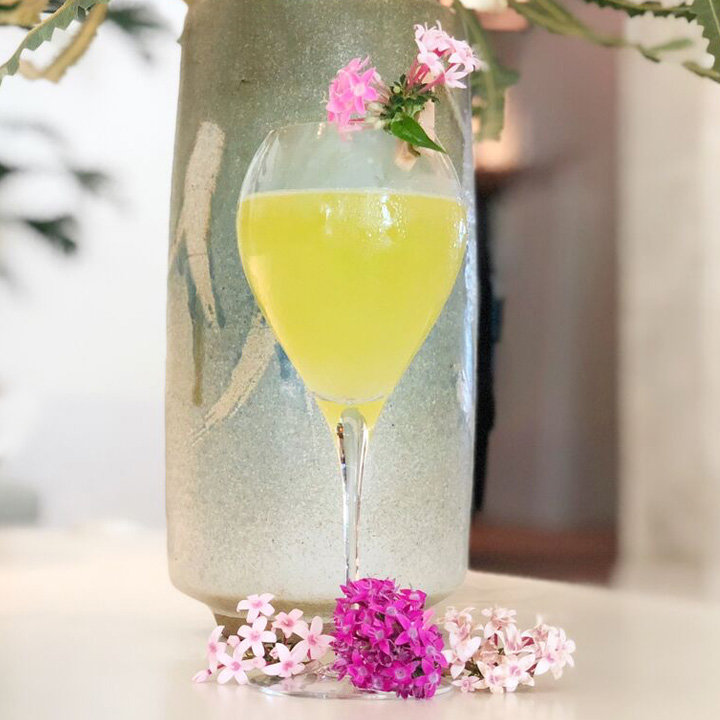 Le Colonial is hidden in a downtown San Francisco alley in a space that once housed Trader Vic’s. Recently, the upstairs lounge and porch was renamed 721 Lounge with a new menu and a great happy hour where $15 cocktails are dropped to $10 and you can fill up on Polynesian/Southeast Asian food. The herbal, refreshing High Rau Ram cocktail may sound straightforward—a combo of Humboldt’s Finest hemp seed vodka, honey syrup, lime and fresh rau ram (Vietnamese coriander)—but it arrives dramatically perched on a stand enveloped in smoke from liquid nitrogen ice. 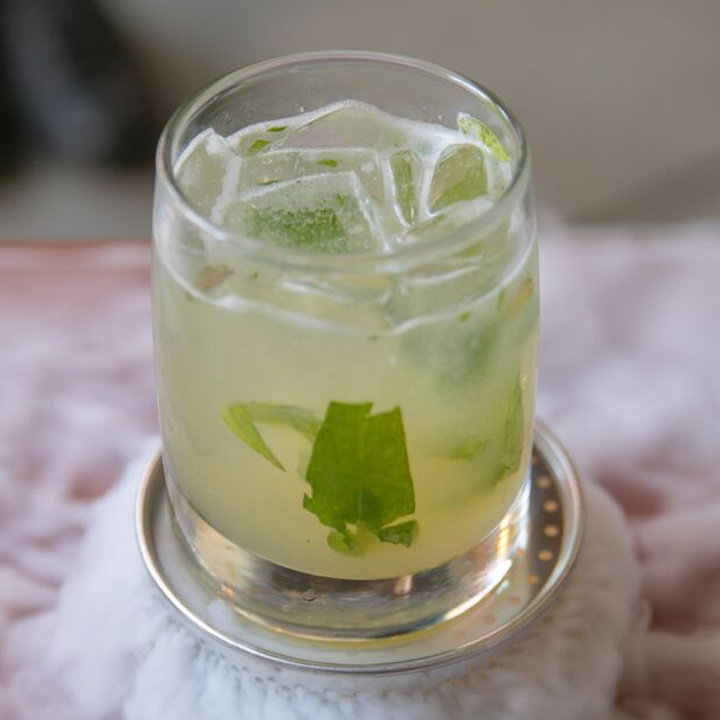 The Patterson House is a dimly lit, romantic Nashville favorite for quality cocktails, just downstairs from the fantastic Catbird Seat. A huge wood bar centers the room, lined with cozy booths where you can order from an extensive drink menu or request a cocktail from the talented bar staff. The Every Couple Moons does right by Prairie organic vodka, given layers of citrus and pomegranate, creaminess and savory dill-cumin-fennel-caraway notes from a combination of grapefruit, Aalborg aquavit, Clément Mahina Coco coconut liqueur, Combierkümmel and grenadine. 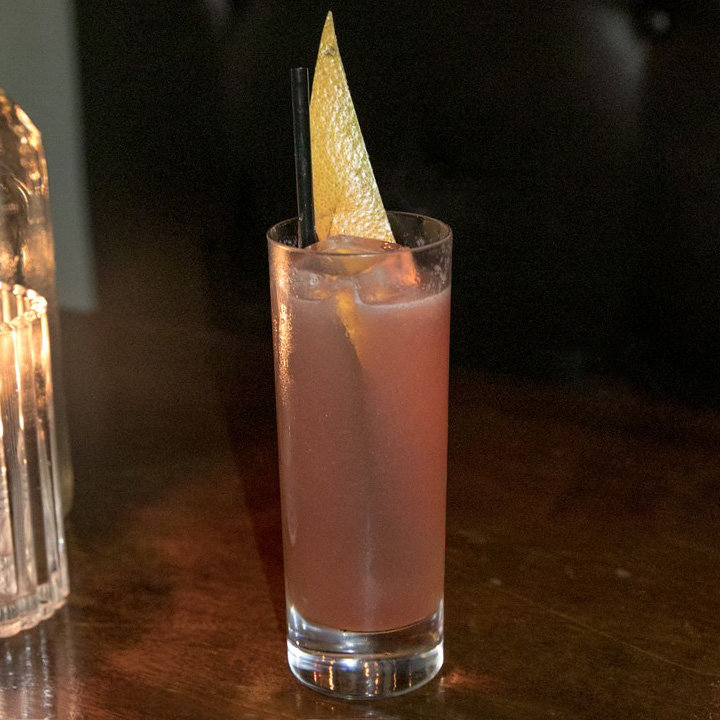 The Kimpton Everly Hotel houses Ever Bar just off the lobby as an all-day hangout and nighttime lounge with top-notch cocktails by Chicago transplant Dan Rook. He went all out with his 2018 Oscar nominees menu, drinks that can still be requested. While some, like three mini-cocktails set alight for “Three Billboards Outside Ebbing, Missouri,” go for show-stopping drama, the drink tribute to “The Shape of Water” may be the most memorable. Served in a mini-bathtub, it’s a Black Cow–vodka-based drink, lush with jasmine butterfly pea flower milk tea and given spice, melon and herbal layers from a chai, Chareau aloe liqueur, ginger and rosemary. A dusting of green matcha tea powder and a floating quail egg make the movie reference unmistakable. 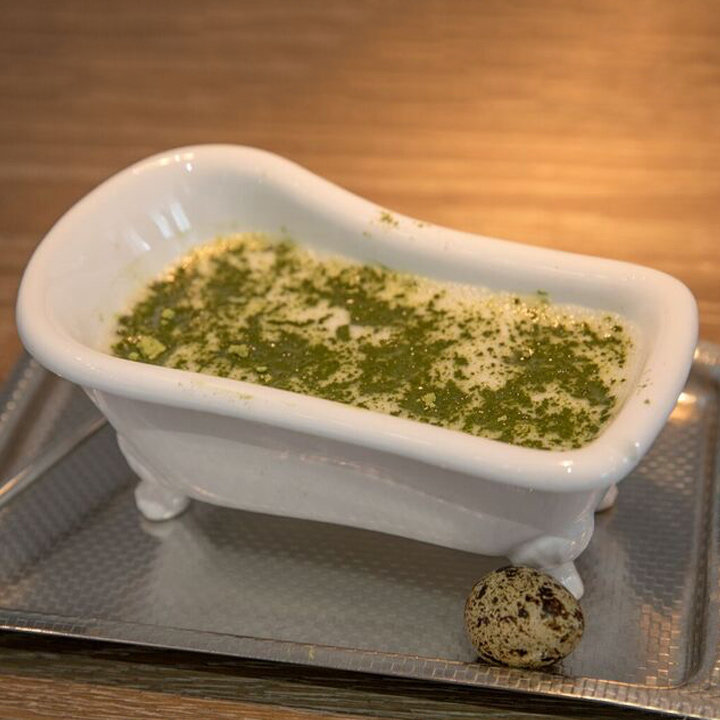 The Southern-inspired dishes at Serpentine—like short ribs over dirty rice with pickled okra and cauliflower—pair nicely with classic-leaning cocktails. The Memphis Belle is the house Martini variation featuring San Francisco local Hotaling Hophead vodka as the subtly hoppy base, which is contrasted with Lillet blanc apéritif and olive oil infused with herbs like rosemary. 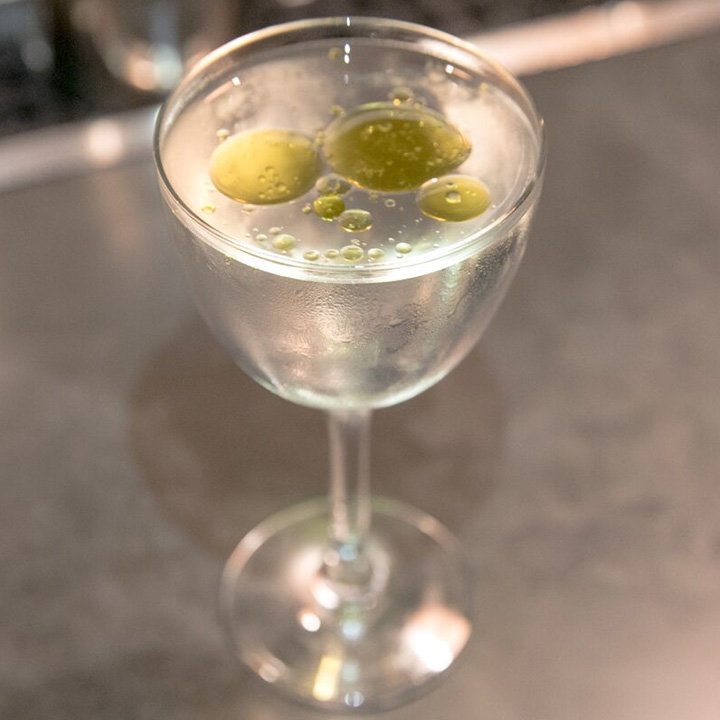 A downtown Vancouver restaurant favorite for farm-to-table cuisine, Royal Dinette is also where bar manager Kaitlyn Stewart pulls from the kitchen to make house cocktail ingredients like white peppercorn mezcal honey and cranberry shrub. The Wind Mule takes a basic Moscow Mule (here featuring Ketel One vodka and ginger beer) and amps it up with a little bitter backbone from Averna amaro, a citrus-spice perk from Bittered Sling Lem-Marrakech bitters and a silky caffeine kick with butter-washed coffee liqueur. 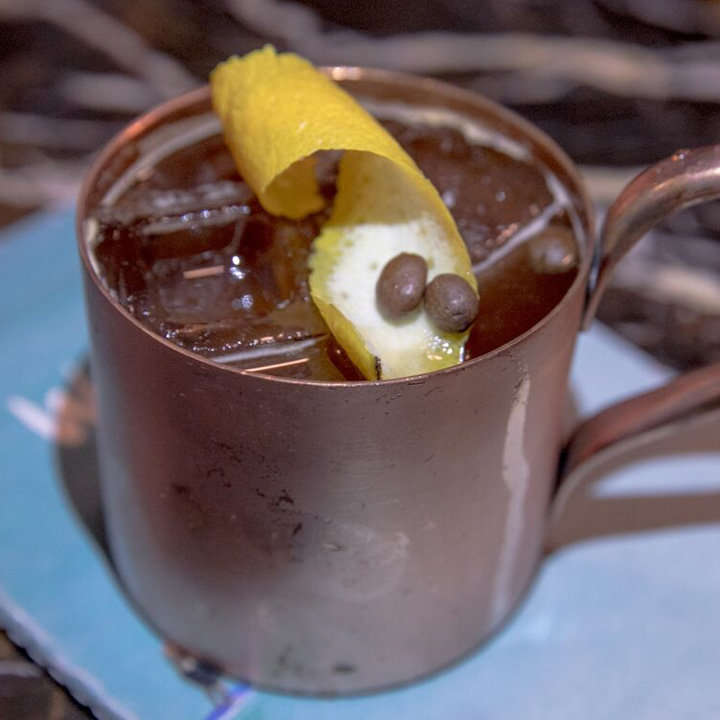 If the name of the cocktail doesn’t draw you in, Barbie’s Bath Bomb’s layer of foam and high-heel garnish will. Santa Barbara, Calif.’s Finch & Fork is housed in The Kimpton Canary Hotel with drinks created by lead bartender George Piperis. This blissfully fun concoction combines Hangar One vodka, fresh rhubarb juice and tarragon syrup, served tall and on the rocks. The foam mimics bath bubbles in the form of grapefruit air, made of lime and grapefruit juices and zest and balanced by salt. 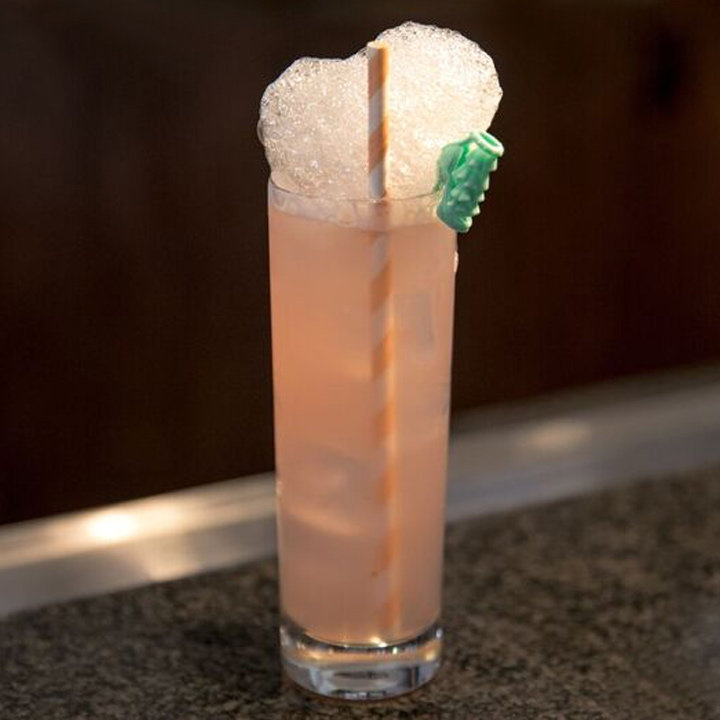