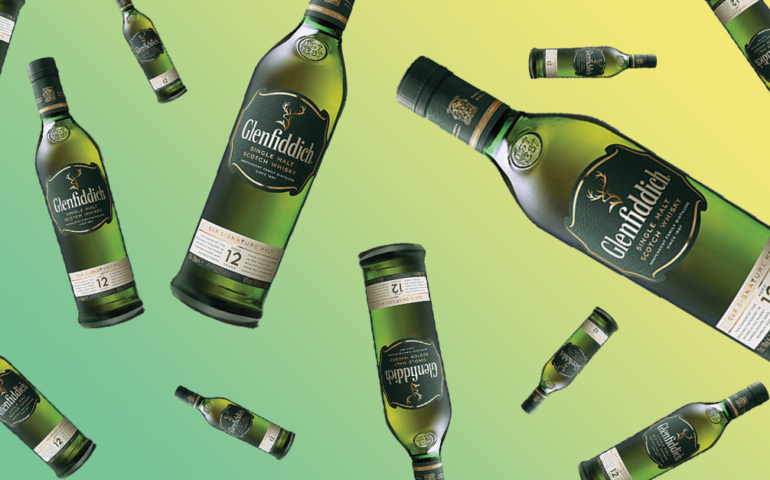 You may not be familiar with Dufftown, Scotland (pop. 1,667), but you have no doubt heard of its most famous export. Glenfiddich is the world’s leading single malt whisky distiller and sold 1.22 million 9-liter cases in 2017 alone.

That’s no small feat, especially seeing how all the water used in the Speyside distillery’s production comes from just one source: the Robbie Dhu Spring. This is just one of a number of factors that make Glenfiddich unique. Here are 11 other things you should know.

Building the distillery was a DIY, family affair.

In the summer of 1886, Glenfiddich founder William Grant hand-built his family’s distillery with his seven sons, two daughters, and a single stonemason. Upon its completion, Grant took one step closer to achieving his lifelong ambition of distilling the “best dram in the valley.”

Glenfiddich is named after a deer (and a valley).

The valley Grant aimed to conquer with a “dram” of fine brown spirit also lends its name to the whisky: Glenfiddich is Gaelic for “Valley of the Deer.”

The distillery maintains its family values.

More than 130 years since Grant founded the distillery, Glenfiddich is run by the fifth generation of the Grant-Gordon family. It’s one of just a handful of Scottish distilleries to remain entirely family owned and operated.

The Grants received a very special Christmas gift in 1887.

Following more than a year of labor, the first spirit flowed from Glenfiddich’s copper stills on Dec. 25, 1887.

In 1923, with Prohibition in full swing, just six distilleries remained operational in Scotland. Glenfiddich was one. The company wasn’t just surviving, either; the distillery was thriving under the guidance of Grant’s grandson Grant Gordon, who took the surprising step of increasing production while many others were going out of business.

The ‘50s saw every aspect of production brought on site.

Grant’s great-grandson Charles Gordon introduced a coopersmith at the distillery in 1957. Two years later, he had a dedicated cooperage built. Nowadays, Glenfiddich remains one of the few distilleries to make its barrels on site.

In October 2001, Glenfiddich released the world’s oldest single malt from a single cask numbered 843. Ten consecutive warehouse masters observed the unusually slow maturation of the cask before malt master David Stewart finally declared it ready for bottling. After 64 years, only 61 bottles of spirit remained in the cask.

The distiller also built a solera vat in 1997. It is never completely emptied and has remained at least half-full ever since whisky was first introduced to it in 1998. Glenfiddich’s 15-year-old release mellows here during its final stages before bottling.

Glenfiddich blends nearly all its releases in 2,000-liter marrying tuns prior to bottling. The distillery is so committed to this step of production it purchased a forest-worth of Portuguese oak to provide enough wood to build them.

You can be serious about something and still want to tinker.

Glenfiddich’s “Experimental Series” sees a range of whiskies aged in unconventional barrels. Its India Pale Ale cask was the world’s first single malt to be finished in craft-beer casks, and Winter Storm was the first to be finished in ice wine casks. Its most recent release, Fire & Cane, spends three months in Latin American rum casks before bottling.

Glenfiddich is a packaging pioneer.

Glenfiddich may not have invented ‘single malt,’ but it got you to use the term.

In 1963, Glenfiddich became the first Scottish distillery to export and market its whisky as a single malt. Previously, drinkers referred to the style as “straight malt” or “pure malt.”

The ultra-rare Janet Sheed Roberts Reserve was released to honor Roberts’ 110th birthday. The last remaining grandchild of William Grant, she was also Scotland’s oldest woman. Each of the 11 bottles sold at auction and all proceeds went to charity. One of the whiskies sold in New York in March 2012 for $94,000, breaking the world record. Roberts sadly passed away the following month.