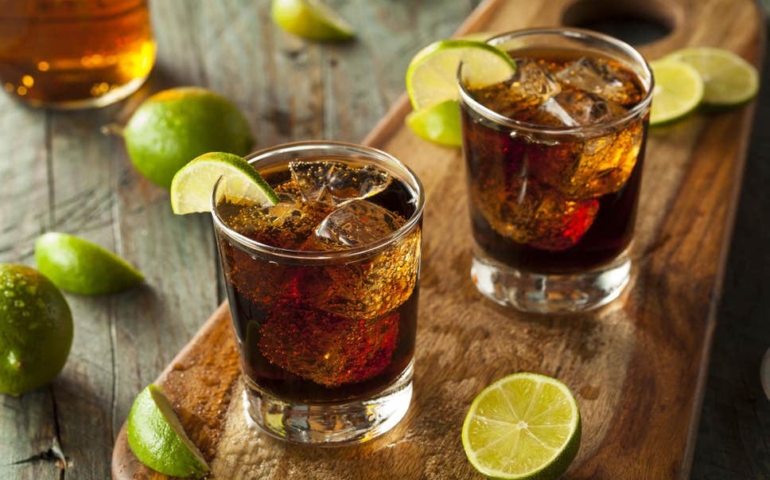 Rum, once the poor relation of the spirit world, has undergone a revival and is no longer seen simply as the rough booze used to warm the cockles of salty seafarers. With a wide range of styles and hues to choose from, introducing yourself to the drink can seem a bit daunting, but there are a few basics that should set you on your way with confidence.

As with whisky, the variation in flavour comes from not only the raw ingredients used but also the way it’s produced and aged, with methods varying throughout the world. Most rum is distilled from molasses, a by-product of sugar production, but other sugary bases include demerara and juice squeezed directly from sugar cane. Aging in oak helps develop each rum’s unique characteristics besides deepening the hue.

You can choose to use your rum for cocktails (mixing rum) – the likes of daiquiris, mojitos and the refreshing dark and stormy with ginger beer – or drinking neat (sipping rum). White and golden rums lend themselves perfectly to cocktail making, while the darker, more aged bottles are usually reserved for sipping, although there are no strict rules. Again like whisky, there are plenty of exclusive rums that will set you back more than a few pieces of silver but there’s no need to re-mortgage the pirate ship just yet: this selection is geared towards the more affordable end of the range. 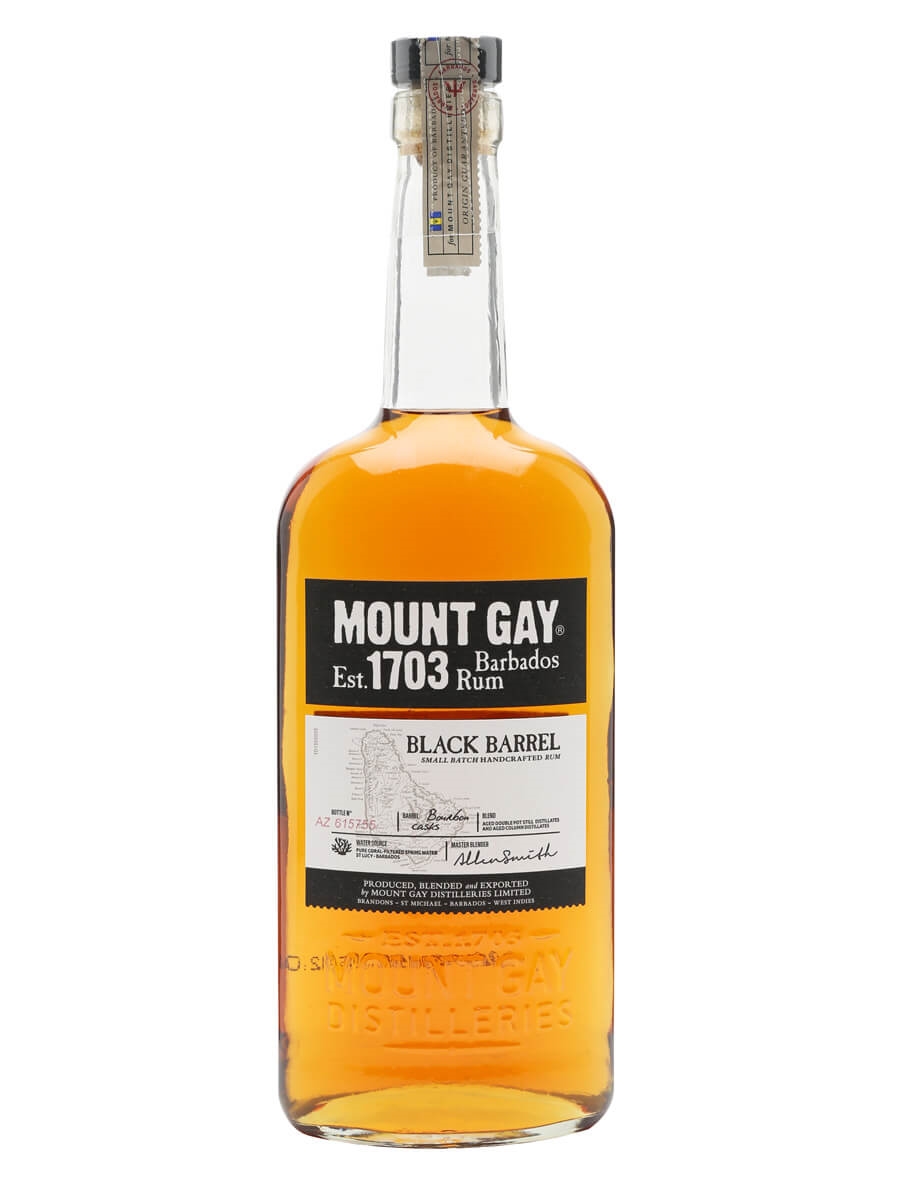 Put your feet up and bathe in the warmth of a Barbados sunset as you pull the cork from this bottle. Ageing in charred bourbon barrels gives a toastiness to the spices while the dried fruit flavours come drenched in booze. Sipped or mixed it’s a great value taste of the Caribbean.

Mint destined for a mojito craves Havana Club No3 to tease the fresh flavours from its leaves. Distilled in Cuba from molasses, this iconic drink is smooth and light with subtle notes of vanilla, oak and almond, and should be the first rum to enter anyone’s cocktail cabinet. 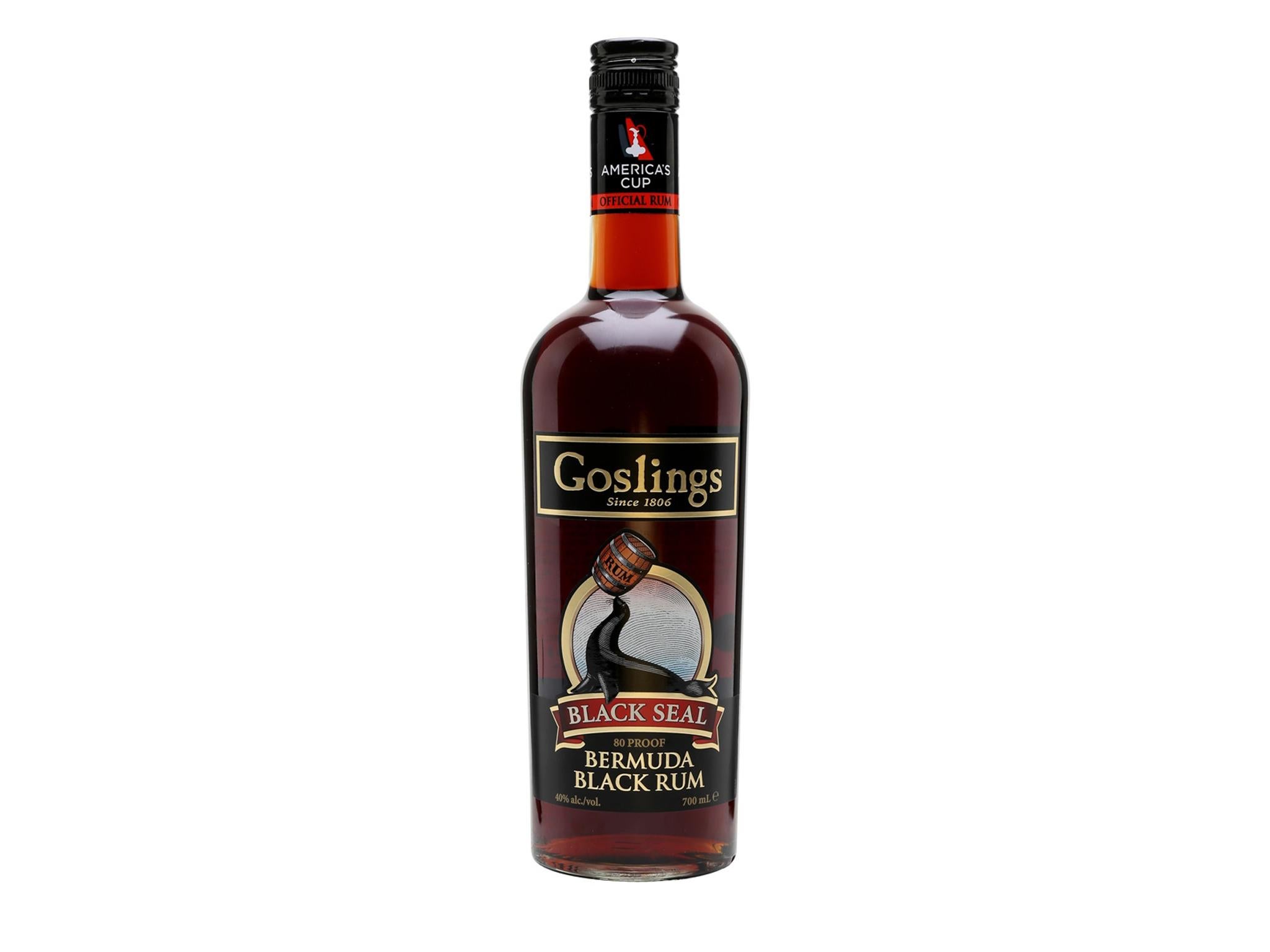 The Gosling family first began blending rum in the 1850s, creating a spirit ingrained in Bermudan cuisine – it’s a key ingredient in the country’s national dish, fish chowder, and the national drink, the Gosling-trademarked Dark & Stormy (Black Seal and ginger beer). The heavily charred barrels in which the rums are aged help develop some deep, fruity and spicy caramel flavours, which come alive when plunged into something sweet and fizzy.

It’s the Demerara River that lends its name to the sugar powering Guyana’s rums and El Dorado is the most well-known of the country’s distilleries. This rum is big on spice and has sweet caramelised sugar flavours that help smooth out any harsher notes of youth, making it seem a lot older than its tender five years. A great price to get a feel for the distillery’s wares before progressing to its more mature options

Barceló is a Dominican Republic distillery founded by a Mallorcan rum enthusiast and this rum has become a best-seller for the island. It’s a great choice for sipping neat on the rocks but performs wonders as a cocktail rum where its mellow vanilla and mocha notes are allowed to shine. It also possesses a slight nuttiness and gingery warmth, giving a distinctive character. If you’re a fan of dark rums in your Cuba Libres, this bottle will fit the bill.

Martinique’s “Rhum Agricoles”, distilled from sugar cane juice, have uniquely complex and earthy flavours that can taste surprisingly different from their molasses counterparts. This rhum has only been aged for 12 months – just long enough to give it a golden hue – which makes it a simpler pleasure than other Agricoles, allowing some light and bright grassy and herby flavours to develop. There are enough wood and spice to add depth and a hint of tangerine to provide some freshness and it will make an interesting change to your favourite rum-based cocktails.

Many centuries ago, crews aboard Royal Navy vessels would “splice the mainbrace” with a tot of rum. Only those at a minimum strength of 57 per cent would do, hence Navy Rum’s boozy qualities. Wood’s rum is a taste of history, produced since 1887 from a 250-year old still. Another demerara rum, it’s packed with chewy toffee and peppery spice but noticeably smoother than other Navy Rums at a similar price. We prefer it as a swift shot of boozy warmth to combat a cold wintery day, but it’s also good at putting an extra punch into mixed drinks.

At a head-spinning 50 per cent ABV, this white Rhum is best reserved for cocktails. Made in Martinique, it has similar grassy flavours to the Rhum Clement, but with no barrel ageing these come through in a pure, crisp and clean manner. The spicy vanilla notes are subtle and the initial sugar sweetness is soon taken over by a rush of alcohol, although much less aggressively than you would imagine for such a strong drink. We think white Rhum agricoles are at their best in simple cocktails such as a classic daiquiri with nothing more than lime juice and sugar syrup to keep it company.

You shouldn’t have to look too hard to find a bottle of Appleton rum, but don’t assume its ubiquity means it’s a humdrum deal. The brand’s older rums offer great value but are just a little overpriced for this list, so we’ve picked out a cheaper option instead, ideal for anyone who wishes to explore rum on a budget. Produced in Jamaica it has some feisty oak and pepper notes that are dappled with a honey-and-almond sweetness, which performs soothing duties. It’s a bit too harsh to enjoy neat, but a splash of soft drink or even water will polish it up a treat.

Purists, avert your eyes because we think there’s room in anyone’s top 10 for a spiced rum. We discovered this sweet treat when putting together our round-up of the 10 best English spirits, and have enjoyed it so much we’re placing it in this list too. Produced in Cornwall it has prominent fruity rum flavours with caramel sweetness and a delicious tropical lick of coconut. It makes for a lovely sipper all year round or can add a tropical twist to a cocktail or punch.

This smooth, very drinkable rum is a certain crowd-pleaser – its fruity, coconutty notes immediately brought to mind palm-fringed, sandy coves. It’s a blend of rums from Jamaica’s Worthy Park Estate and the Foursquare distillery in Barbados and, although we think it works well sipped neat, it is wonderful for cocktails. We echo Duppy Share’s own recommendation for a “warm-up” punch – with cloudy apple juice, lime juice, sugar, ginger, orange and a hint of cinnamon, it’s ideal for a winter soirée. The full recipe can be found on the bottle’s label, which itself looks great on the shelf, depicting a sultry evening scene in the Caribbean. (And about that name: it’s inspired by the fabled duppy spirits, which used to flit from island to island, stealing only the best rum).